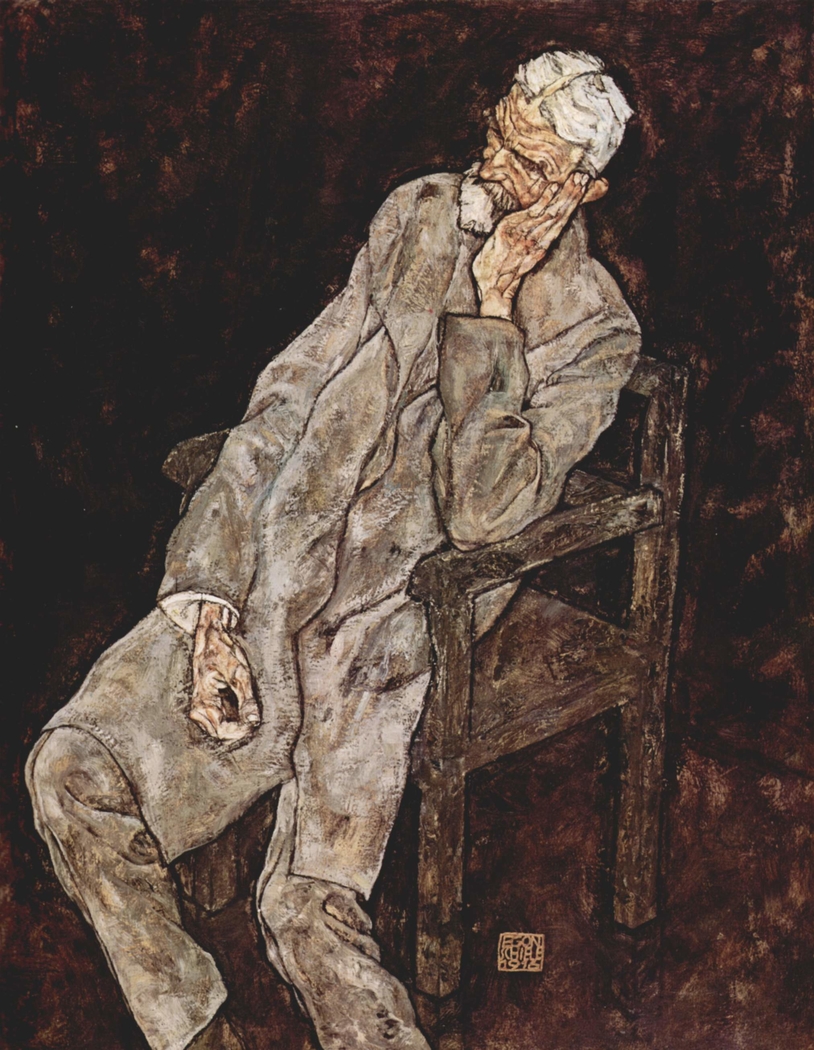 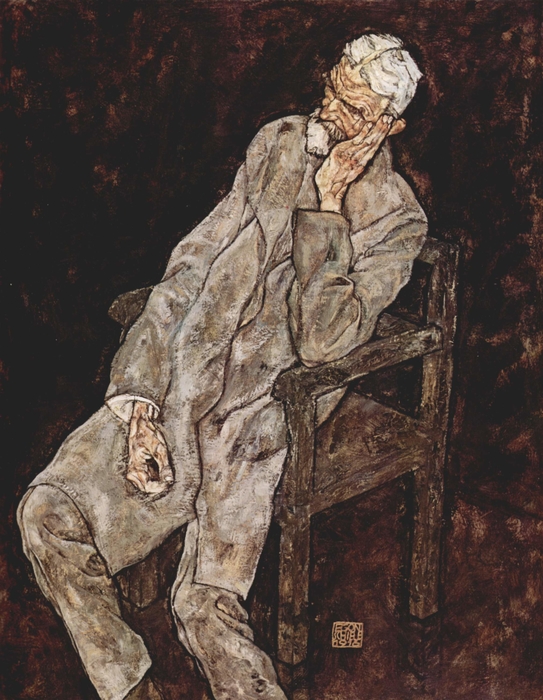 1916
The subject of Egon Schiele’s portrait is Johann Harms, his father-in-law. The painting demonstrates Schiele’s sympathy for the 73-year-old man, a retired machinist with the Austrian railway. Although a family portrait, it conveys a somber monumentality. With a stateliness that transcends its subject, the painting is reminiscent of papal portraits by Raphael or Titian. The work is known as the first in a series of “painterly portraits,” as opposed to earlier canvases that Schiele executed in a more graphic style.

Schiele designed the chair in the painting for his studio and used it several times for portraits. As a prop, it allowed the artist to push his subjects toward the picture plane, flattening and enlarging the contours of their bodies. The chair also recalls the furniture in Vincent van Gogh’s paintings of his own bedroom; its handcrafted style reminds us of the importance of the decorative arts in Vienna at this time.

Schiele painted the portrait two years before his death from influenza. It is an example of his mature style and goes far in abolishing fixed notions of Austrian Expressionism as only an art of angst. It also demonstrates that Schiele could successfully depart from his well-known fascination with the physical and psychic dimensions of sexuality. In 1916, after initial difficulties in his marriage to Edith Harms, Schiele was beginning to enjoy a sense of domestic happiness that would lead to other intimate family portraits. Schiele’s fondness for Johann Harms carried beyond this portrait—after the old man’s death in 1917, Schiele made a death mask of his father-in-law. 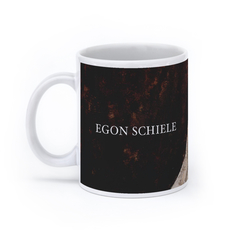 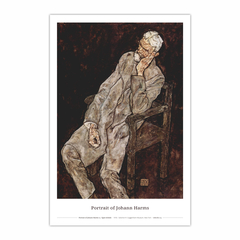 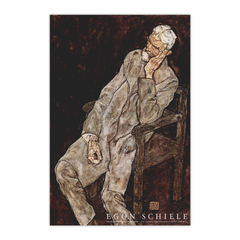