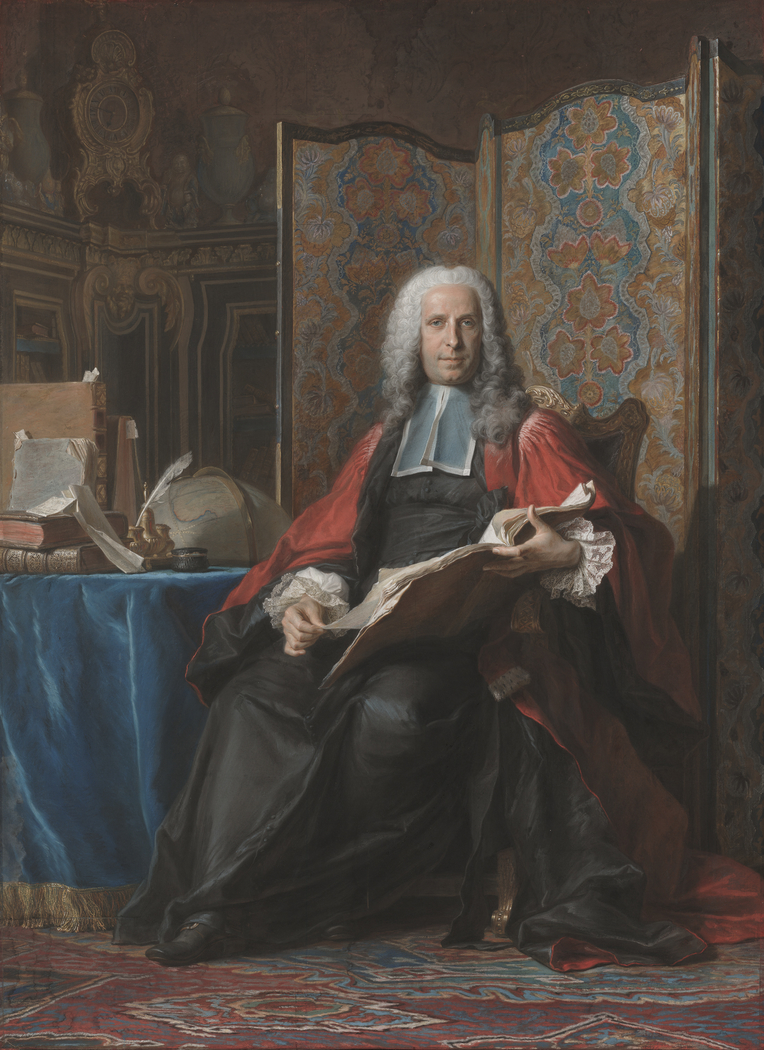 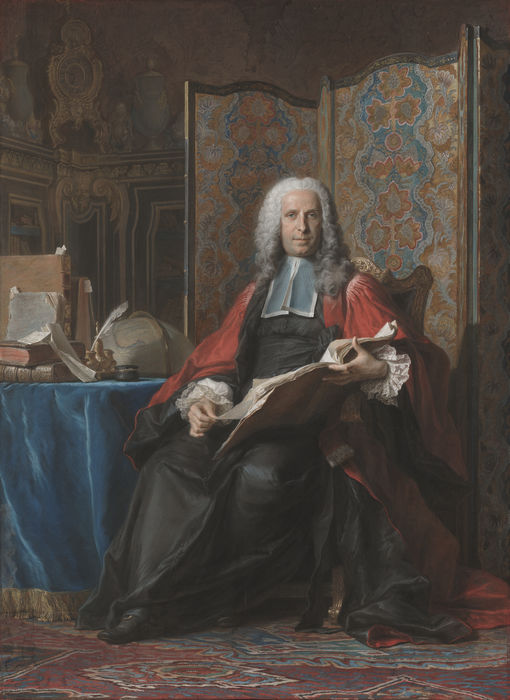 1739 - 1741
Gabriel Bernard de Rieux, the youngest son of an immensely successful financier, wears the robes of his office as president of the second Court of Inquiry in the Parliament of Paris. From a large tome held on his lap, he lifts a sheet of paper. Intending to declare the sitter's erudition, wealth, and status, Maurice-Quentin de La Tour placed de Rieux in his study, surrounded by fashionable and expensive objects. Behind him is a richly ornamental screen; on a table covered with blue velvet cloth are books, papers, and an inkstand with a quill pen. A globe stands next to the table and a Turkish carpet covers the floor. These objects identify the sitter as a connoisseur of fine and precious thing--like his father, whose considerable fortune de Rieux inherited the year this portrait was painted.

This large, full-length portrait, still in its original, massive gilt frame, was assembled from separate sheets of paper laid on canvas and drawn entirely in pastel. The most sought-after portraitist of his day, La Tour worked exclusively in pastel, producing likenesses of the nobility and the wealthy middle class that were applauded for both their technical mastery and their astonishing verisimilitude. In fact, one contemporary critic marveled that such a work as this portrait could be created using crayons.

License:
Courtesy of The Getty
For more:
http://www.getty.edu/art/collection/objects/878/maurice-que…