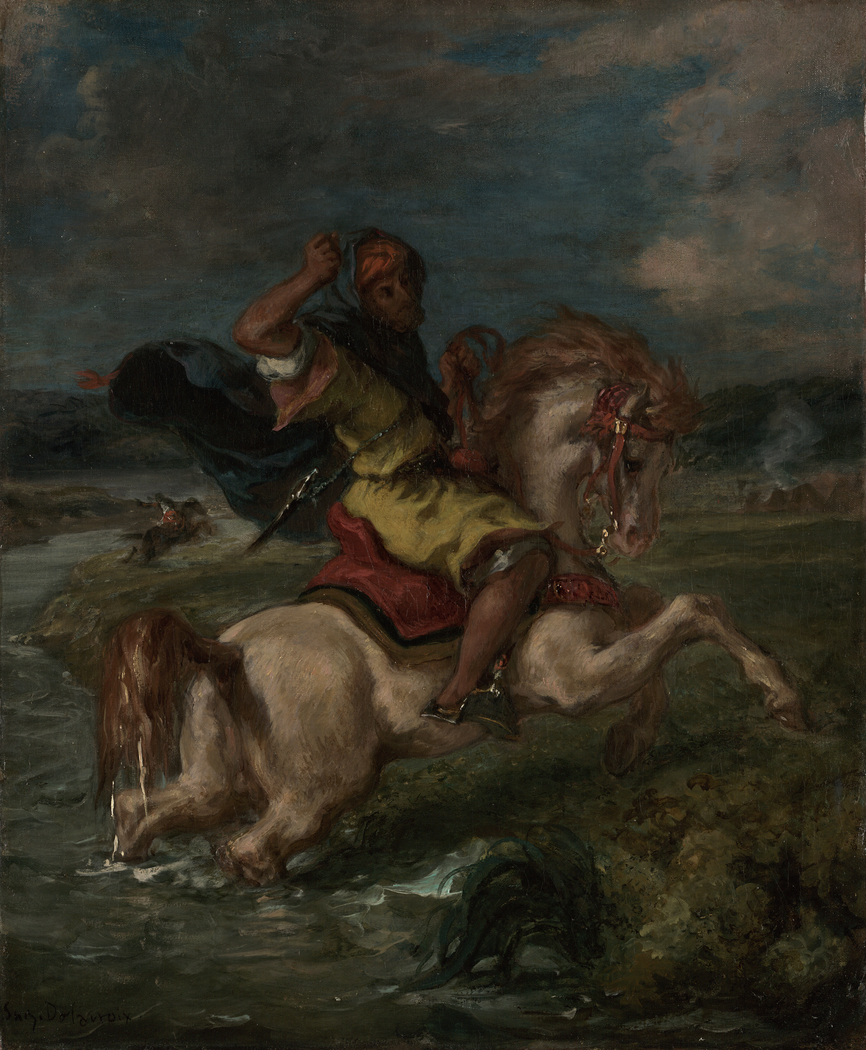 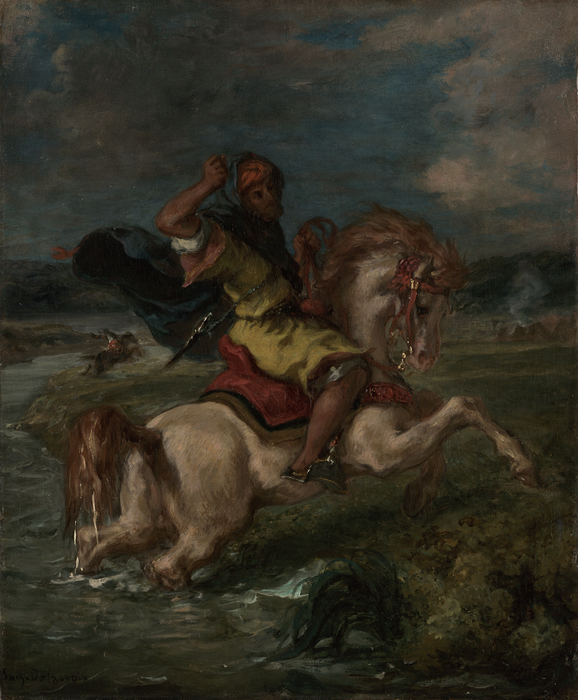 1850
Dramatically lit and heroically isolated, a Moroccan horseman, fist upraised, charges across a ford, his horse rearing as it gains the riverbank. Behind them stretches an expansive plain where another lone horseman gallops towards a military encampment. The two rearing horses echo each other, just as the foremost horse's tail repeats the form of the weeds on the riverbank.
In the background, under a turbulent sky, lies a chain of dark mountains.

Delacroix drew inspiration for this painting from his 1832 trip to Morocco, during which he feverishly took notes and made countless sketches and watercolors. The horsemen he encountered in Morocco were among his favorite subjects. As his writings attest, Delacroix saw in them a living incarnation of the noble of spirit and terrible strength of will that he associated with the heroes of antiquity. He designed this small-scale painting for private contemplation, signaling a general retreat into a more subjective realm of exoticism and fantasy.

License:
Courtesy of The Getty
For more:
http://www.getty.edu/art/collection/objects/132182/eugene-d…