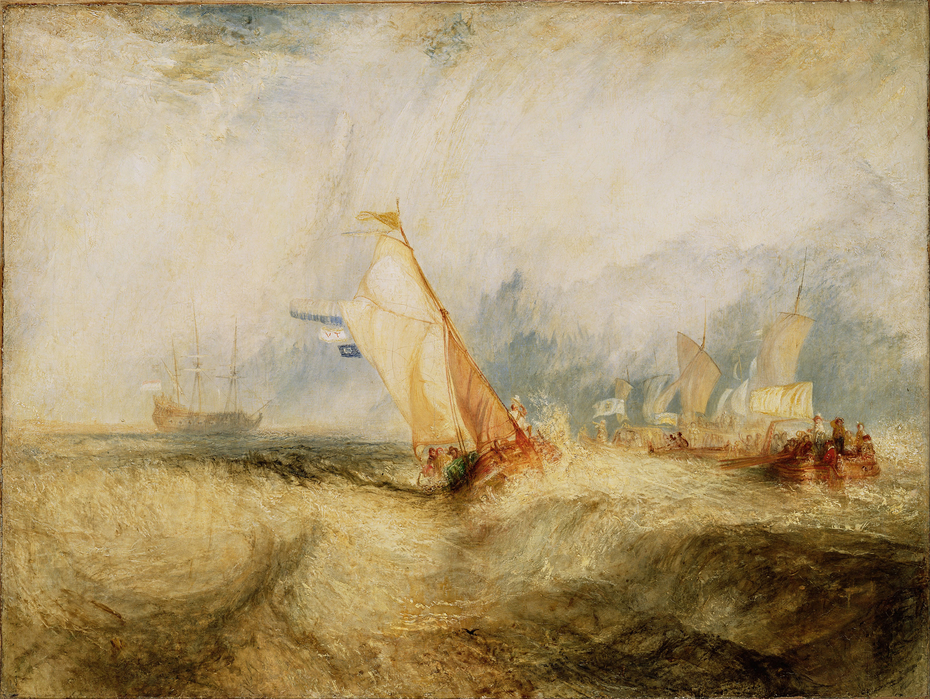 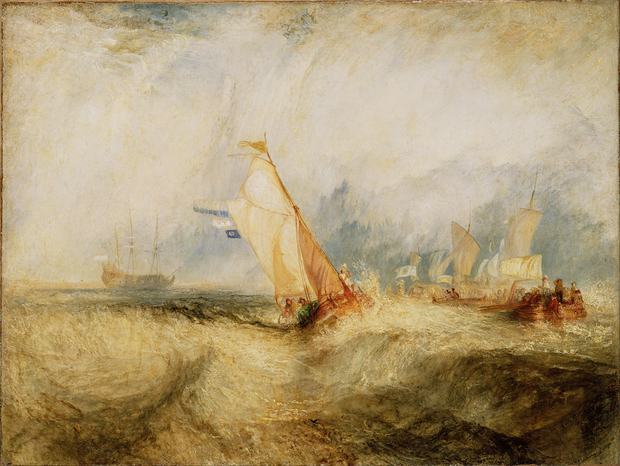 1844
In this narrative history painting, Joseph Mallord William Turner expressed the power of nature and the heroism of man through the eyes of a Romantic painter. Turner used quick, slanting brushstrokes to describe the stormy sky. The application of scumbled white paint suggests churning, turbulent seas and the heavy spray of waves hitting the ship's bow. Tones of brown paint near the bottom of the canvas give a sense of the sea's violent power.

On the foredeck of a ship that strains against the waves, a man stands in a white uniform and waves with confidence. While scholars are uncertain of the exact historical event Turner described, one probable interpretation is that the man depicted here is Dutch naval officer Cornelis Van Tromp, who was dismissed from naval service in 1666 after failing to follow orders. Van Tromp was reinstated in service and reconciled with his navy superiors in 1673. In perhaps a symbolic overture signaling his submission to authority, Tromp is shown, in Turner's words, "going about to please his Masters."