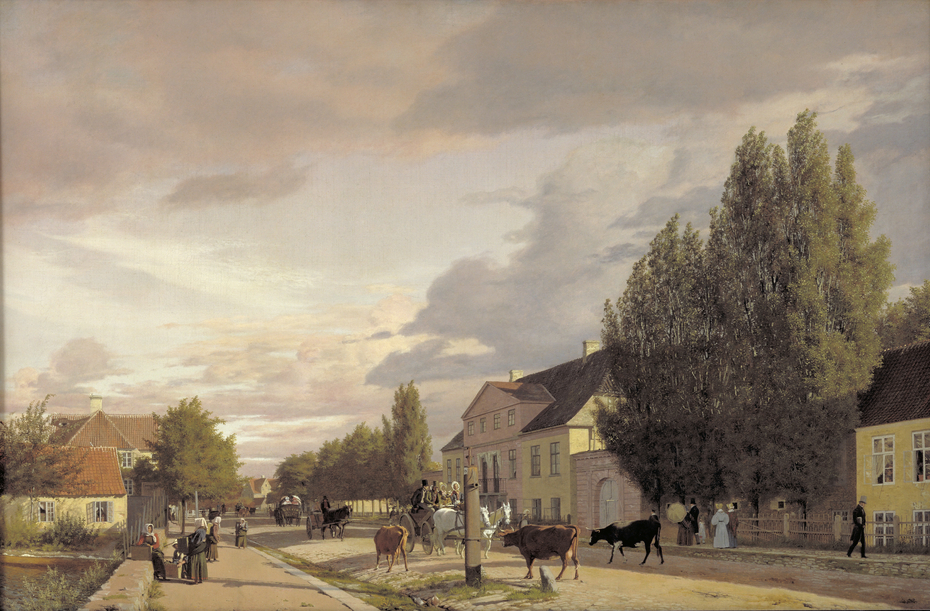 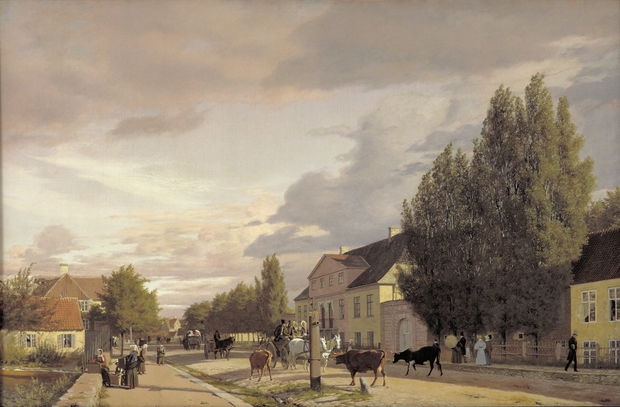 1836
In 1833 Købke moved with his parents to Blegdammen by the Sortedam Lake, then located outside of Copenhagen proper. In the years that followed he found many of his motifs by the lake. Købke also found the scene shown in this picture close to his home, at the end of the lake. It shows Østerbrogade, still rural back in those days, edged by distinguished farm buildings.

Everyday scenes
Almost every morning during the summer of 1836, Købke took up position by the road to watch the sunset and a number of everyday scenes: Fishwives are resting on their way from the fishing hamlet of Skovshoved into the city in order to sell fish; a party of peasants wearing their Sunday best are on an excursion to Copenhagen in a carriage, perhaps to sell vegetables; in the middle of the road cows are following their habitual path from their stables to the common; and respectable citizens are promenading the streets in the shade along the houses.

A monumental feel
All this takes place while the first rays of the sun fall on the road, the poplars between the houses, and the water pump in the middle of the picture. The sky with its variety of clouds constitutes an important part of the picture and help imbue the scene with a monumental feel.

An everyday scene on a large scale
Everything is depicted with immense clarity and precision, and great care has been lavished on all details. Compared to other artists of the day, it was unusual for a painter to depict an everyday scene like this on such a large scale.