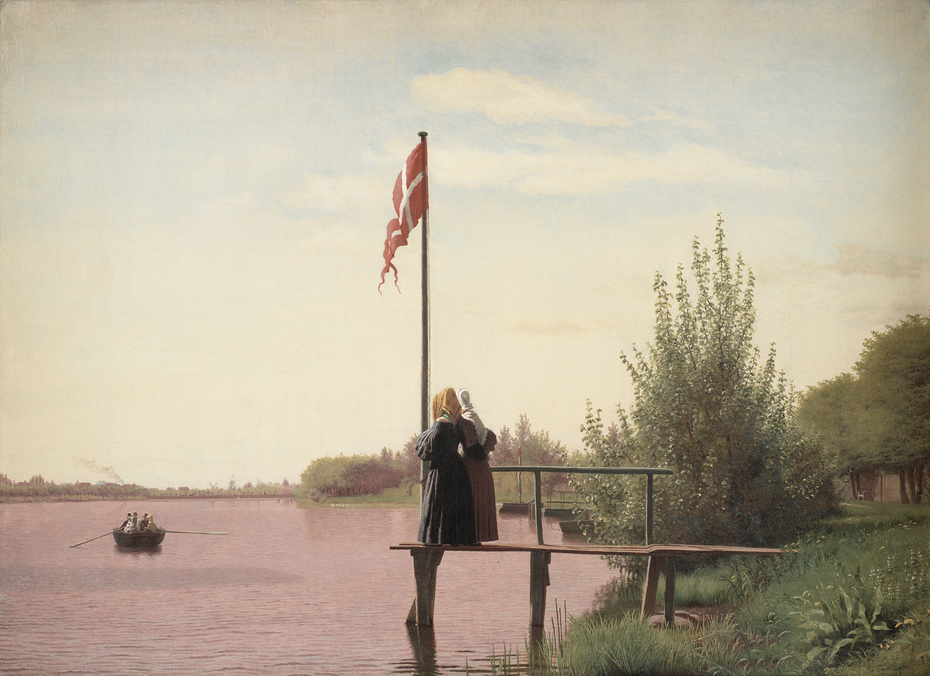 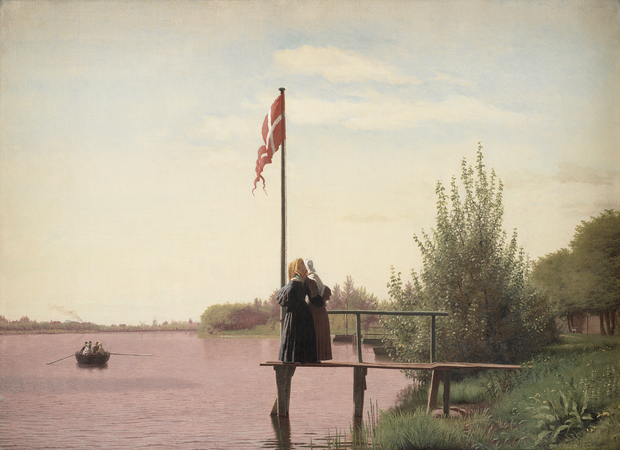 A View from Dosseringen near the Sortedam Lake Looking Towards Nørrebro

1838
On the brink of the Sortedam Lake near his home just outside Copenhagen, which was much smaller then, Købke has depicted a quiet summer’s evening shortly before sunset.

The painting is infused with a highly Romantic atmosphere, but the study for the painting shows that he actually observed the motif in the middle of the day. He has, then, radically changed the light of the scene.

The story in the painting
Købke made numerous additions to the motif, such as the woman on the bridge and the boat on the water. He imbued the image with a narrative – a wordless story about departures and separation. In fact the party in the boat could not have travelled far on the tiny lake, but within the painting’s universe this is unimportant. By adding the Danish flag to the scene Købke accentuates the Danish nature of the scene.