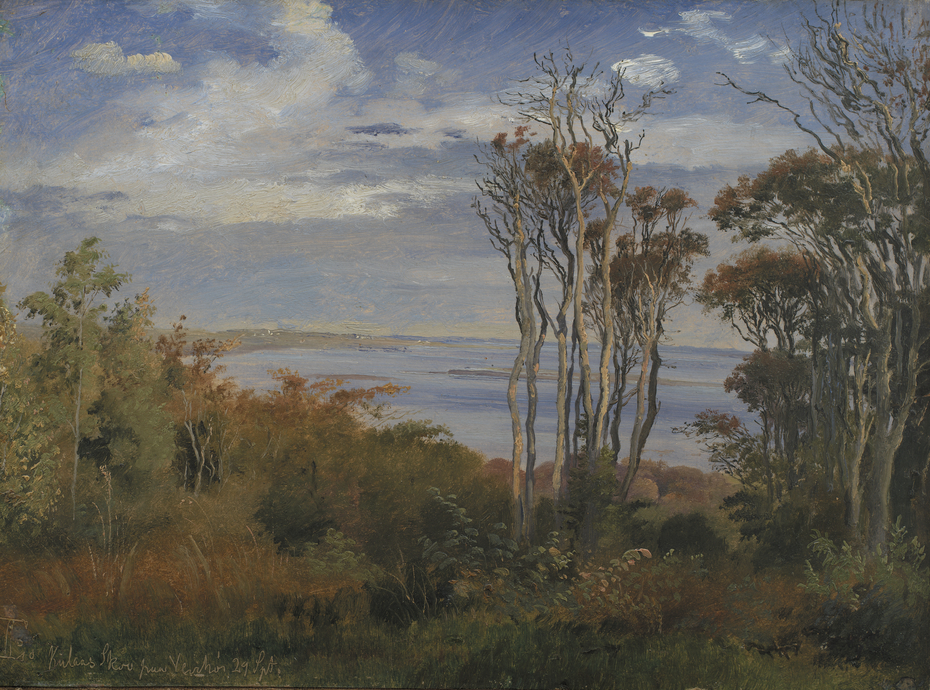 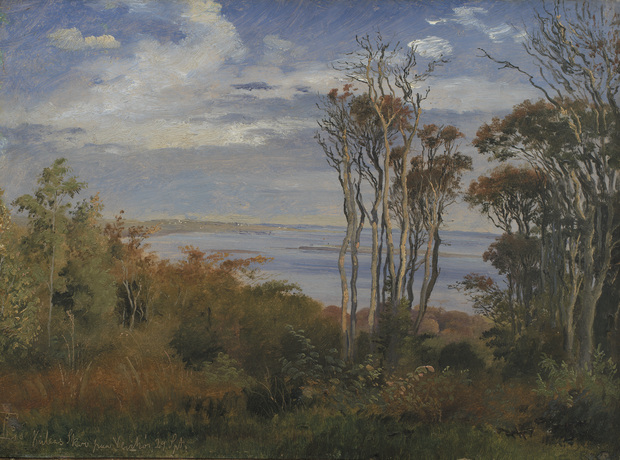 Lundbye was a votary of isolation as something conducive to the study’s union of the love of nature and the artistic spirit.

In this case the signature tells us that the study was created on Vejrhøj, a landmark within the artist’s autobiographical landscape: His grandparents lived in the nearby town of Kalundborg, where he himself was born, and the place became a recurring motif in his pictures.

The study testifies to the close relationship between art and artist, for the painter very emphatically left evidence of his work in the picture, e.g. in the luminous tree trunks that have been outlined with traces of thick, glossy paint.

In Lundbye’s work, withdrawal into a state that emphasised the individual and self-elected loneliness was
partly prompted by the philosopher Søren Kierkegaard (1813-1855), whose writings had begun to have considerable impact on his mindset around the time this study was created. Kierkegaard evinced a similar interested in a radically individual state of perception, and as far back as 1843 Lundbye became familiar with Kierkegaard’s Either/Or, which was published under the pseudonym Victor Eremita (the Victorious Hermit). ﻿