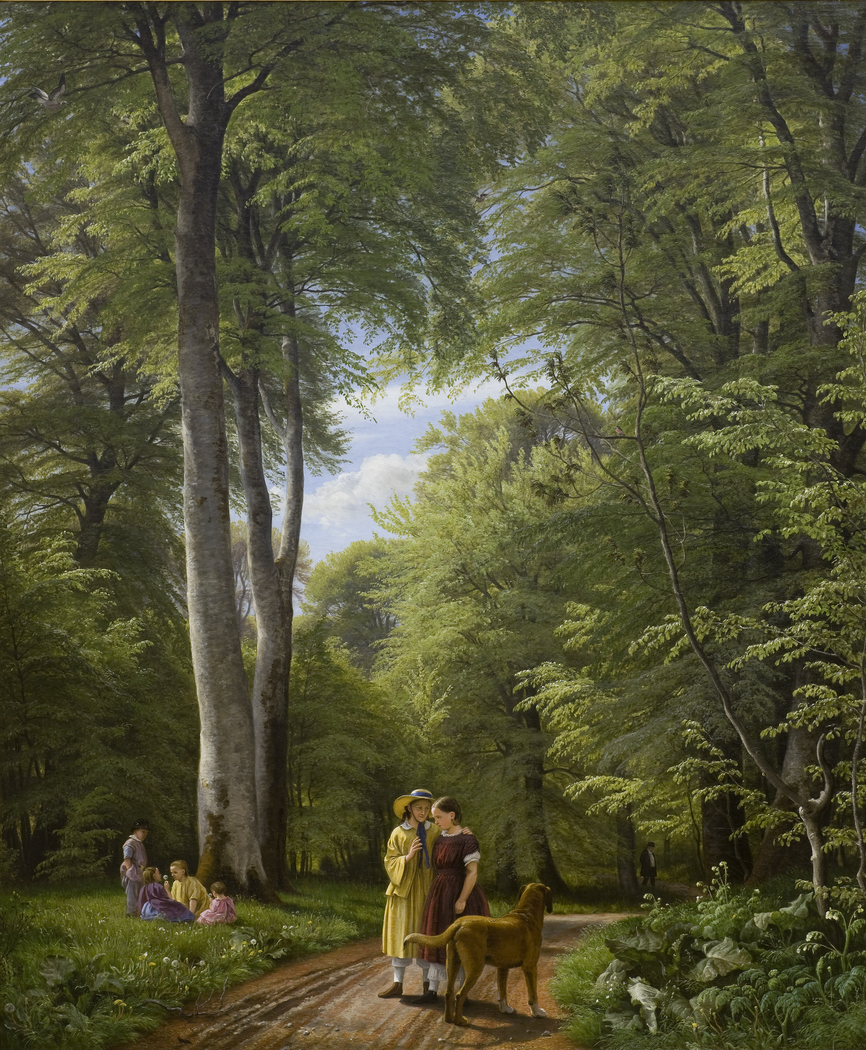 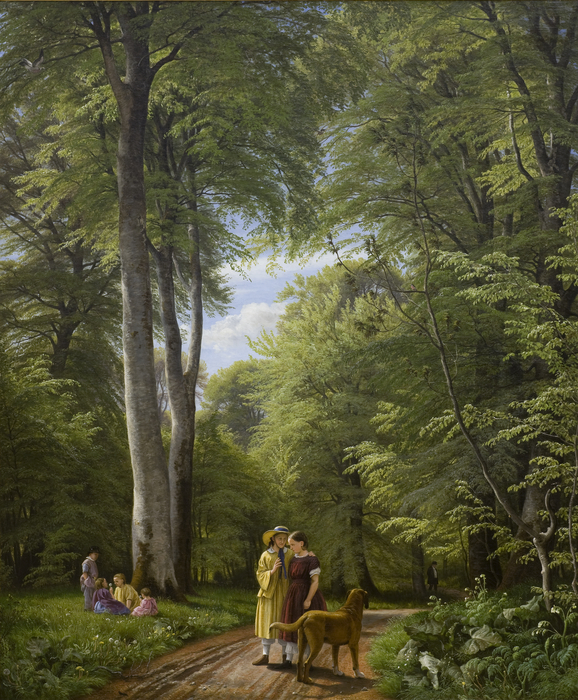 A Beech Wood in May near Iselingen Manor, Zealand

1857
Around 1820 the poet Adam Oehlenschläger (1779-1850) wrote his tribute to Denmark, Der er et yndigt land, which only a few decades later became the lyrics of Denmark’s national anthem. The last stanzas in the song pay homage to the beech as a symbol of the nation.

During the same period, P.C. Skovgaard’s preferred motif was the sunlit Danish beech forest. He was influenced by a programme within the art scene where painting was singled out as the media chosen to communicate a new national selfawareness.

However, the beech idyll in this picture is also about things closer to home, as it were. The children in the scene belong to the same family as the person who commissioned the work, the scene is set at a manor house on Southern Zealand, and the fresh and delicate green of the beech forest reflects the rich promises of childhood, of first beginnings.

Such an image leaves little place for the children’s grandfather, who has quite literally been pushed into the background. In the foreground the artist minutely presents the flora found in beech forest floors, the national biotope – and the central element of the picture is the young descendent of the manor, wearing a red-white dress as a colouristic accent against all the greens.

License:
Courtesy of the National Gallery of Denmark
For more:
http://www.smk.dk/en/explore-the-art/highlights/peter-chris… 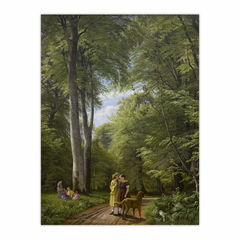