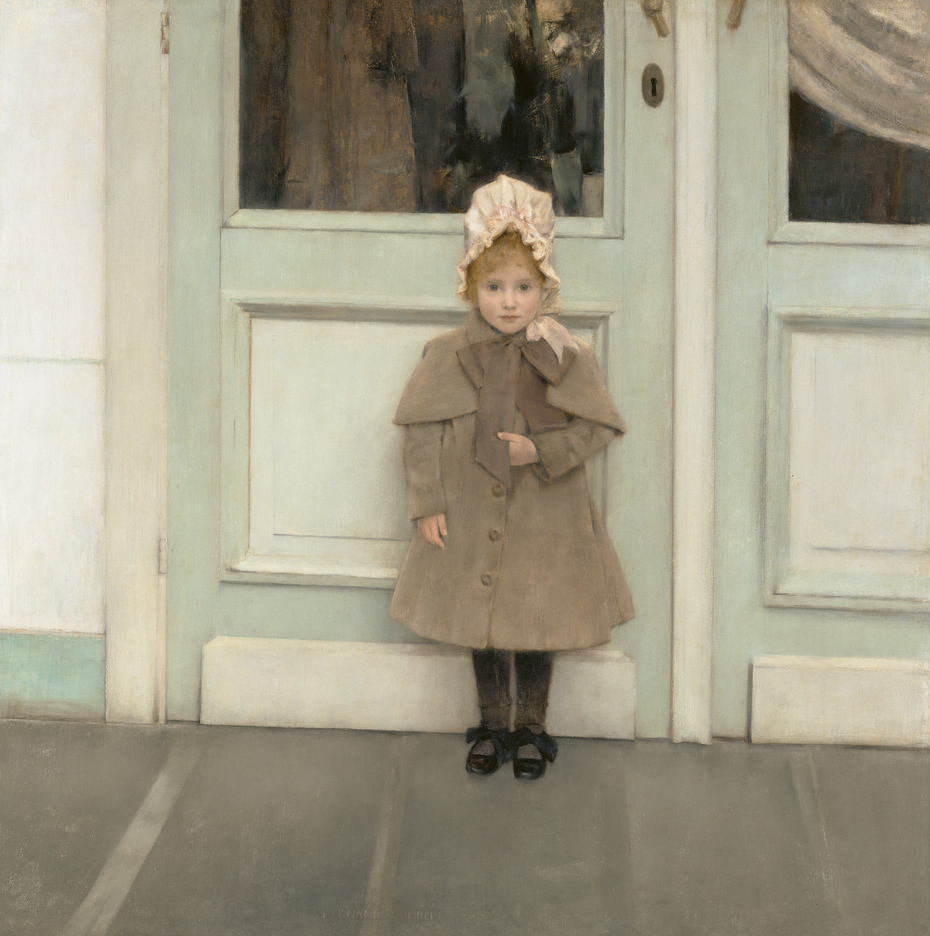 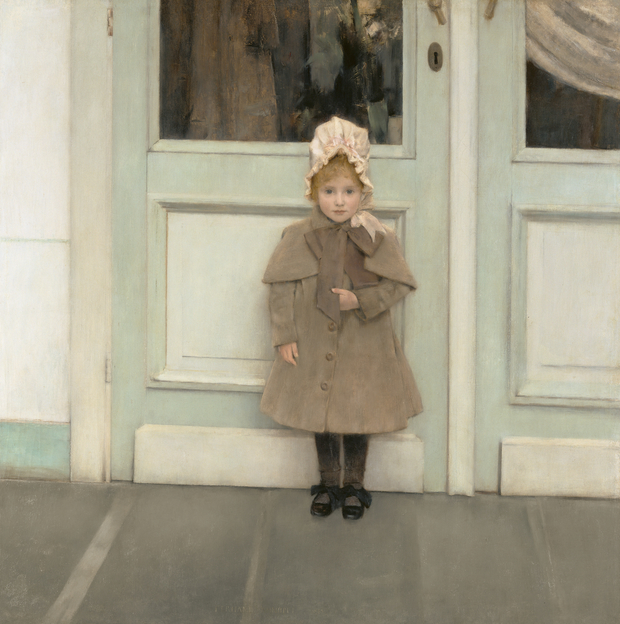 1885
Fernand Khnopff depicted the daughter of a composer friend on a porch before a closed door, with her tiny thumb catching the edge of her bow as she reaches into her coat. With this small gesture, Khnopff captured the child's vulnerability and uncertainty in facing the outside world. To further evoke a child's perception of a world scaled for grown-ups, he framed Jeanne Kéfer's tiny body against the adult-sized door and tilted the floor ever so slightly.

Jeanne is further isolated by the free, abstract brushwork in the reflective door window behind her. Typical for Khnopff, Jeanne is not warm and inviting but cut off in the shallow background, a fixed, haunting gaze on her face.

Khnopff became a popular society portrait painter in the 1880s, using elements that served him well as an avant-garde Symbolist painter: visual realism and a mood of silence, isolation, and reverie. He frequently posed his models leaning against a closed door, flattening the space and resulting in a meditative, hermetically sealed image.

License:
Courtesy of The Getty
For more:
http://www.getty.edu/art/collection/objects/104858/fernand-…