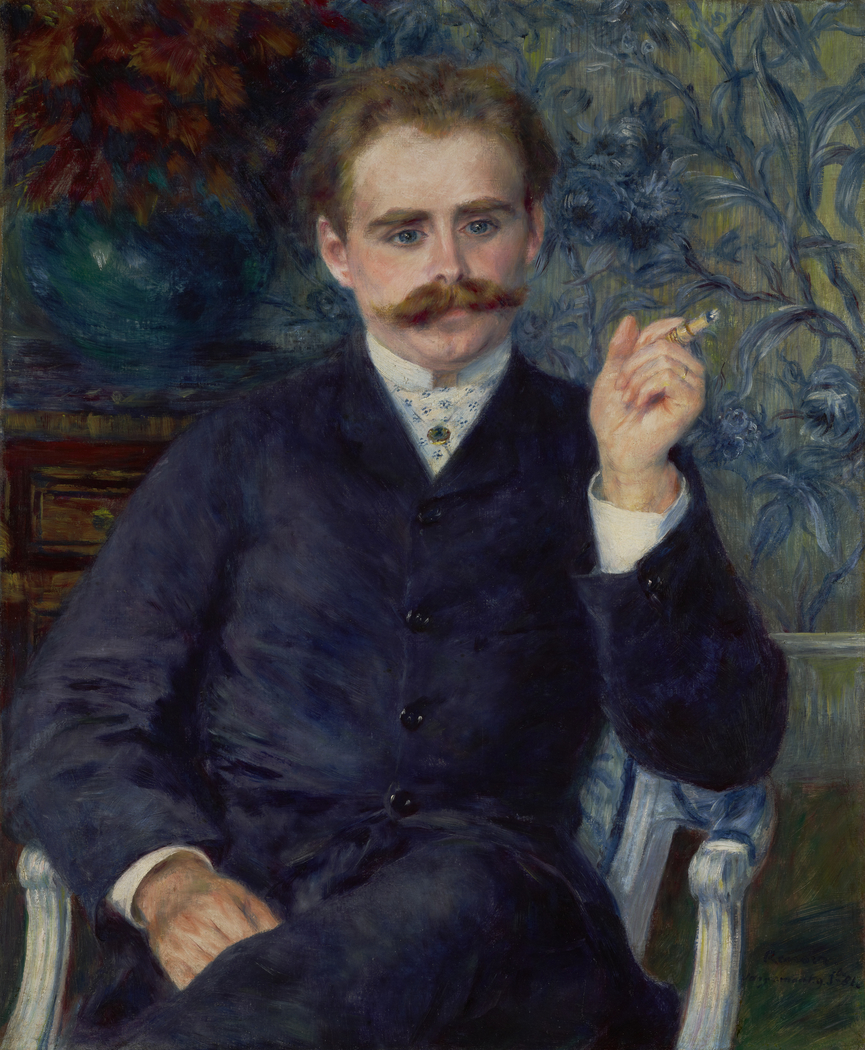 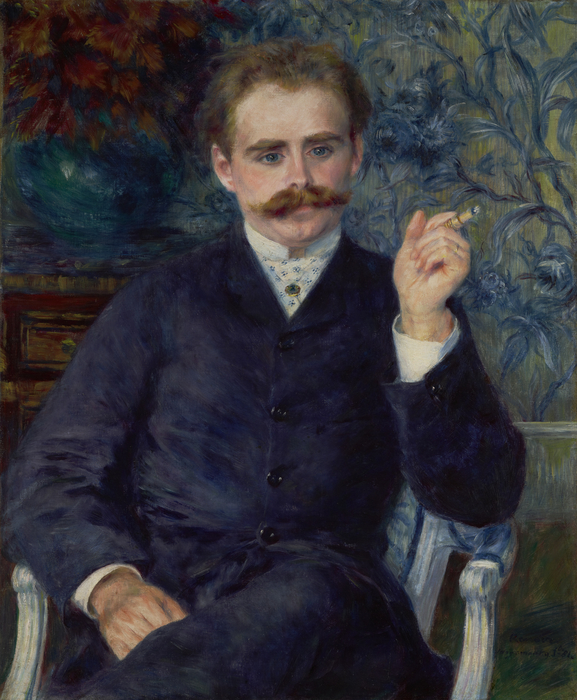 1881
Pierre-Auguste Renoir depicted the self-assured composer Albert Cahen d'Anvers, a former pupil of César Franck, nonchalantly smoking a cigarette at a friend's home. Traditionally, portraits of men were somber, but Renoir combined decorativeness with fidelity to his sitter's appearance. Facial hair was regarded as a powerful indicator of male sexuality, and Renoir shows Cahen d'Anvers's curled mustache echoing the wallpaper's curves, his ruffled red hair referring to the potted plant's feathery leaves. Cahen d'Anvers's authority and status are suggested through his alert, commanding gaze and details such as his elaborate cigarette holder and cravat.

Renoir hoped that success in portraiture would lead to success in the wider potential market attracted by the Salon. Twenty years into his career, he had become so disenchanted with Impressionism that he called the movement a "blind alley." He modified his style, combining the loose, painterly effects of early works such as La Promenadewith Renaissance painting's firm contours and weighty forms. He began receiving portrait commissions, often from wealthy Jewish patrons. Only a year after making this portrait, however, his uncertainty about achieving his aims through portraiture and his increasing anti-Semitism meant that portraiture no longer appeared so promising to him.