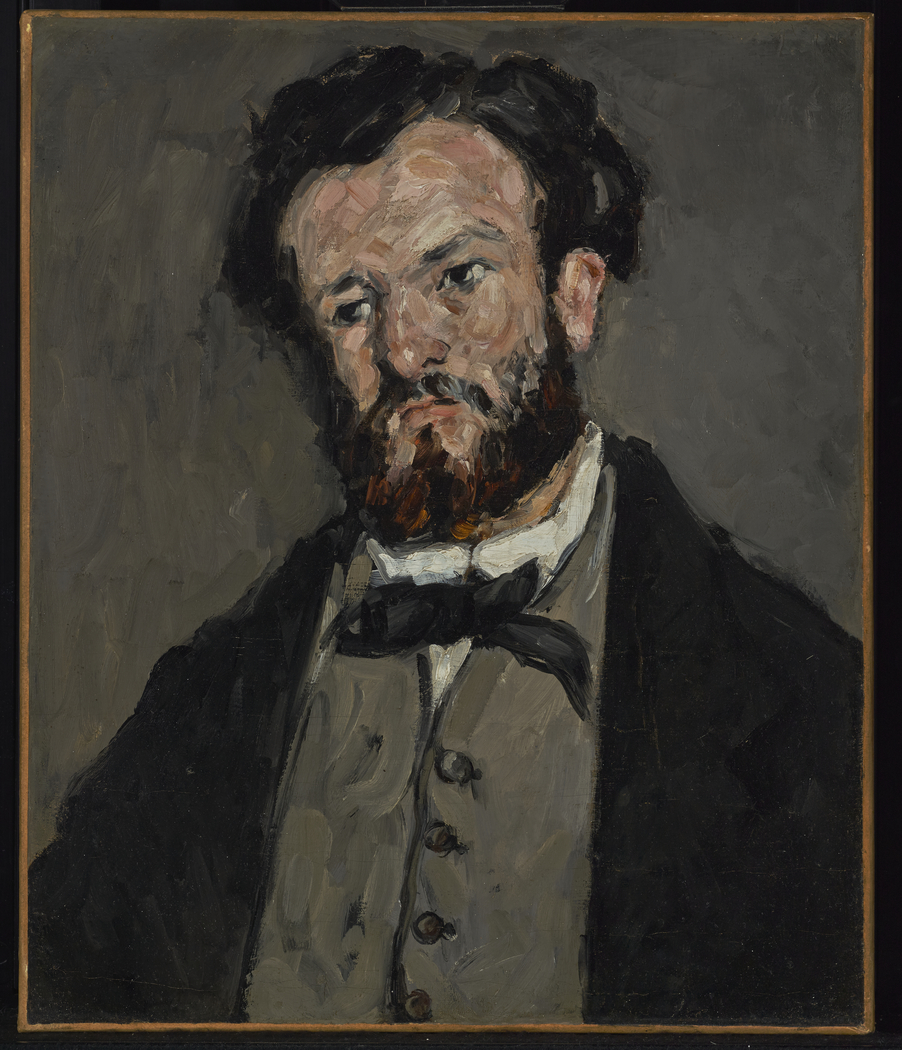 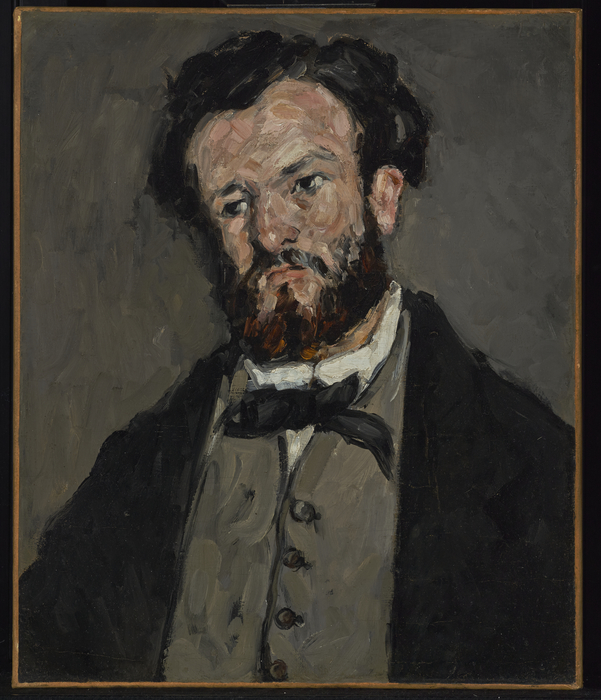 1869 - 1871
When a jury member at the Paris Salon of 1866 first saw Paul Cézanne's portrait of the journalist and critic Antony Valabrègue, he exclaimed that the portrait was not painted with a knife but with a pistol. Although the Salon refused him admission, Cézanne continued to paint many portraits of his friend, including the present example, thought to have been painted around 1869 to 1871.

For this painting, Cézanne used a palette knife rather than brushes. With the spatula-like instrument, he applied paint in thick, successive layers, giving the surface a complex, rough-and-smooth texture. He then used the knife to squeeze the paints together so that they mixed directly on the canvas. In this fashion Cézanne moved the paint around, eliminating contour lines and instead creating impastoed areas of color, as if sculpting in paint. In another portrait of his friend made four years earlier, the coarse, almost violent appearance created by Cézanne's technique led Valabrègue to complain in a letter to the writer Zola: "He has given me such a fierce complexion that it reminds me of the statue of Champfleury when it was stained with squashed blackberries."

License:
Courtesy of The Getty
For more:
http://www.getty.edu/art/collection/objects/758/paul-cezann…