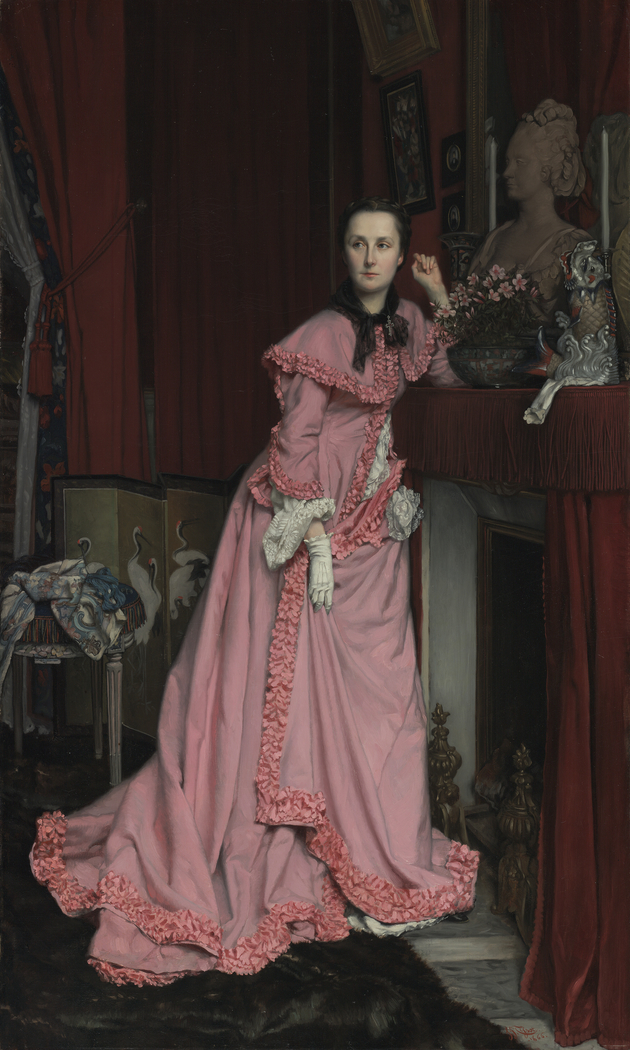 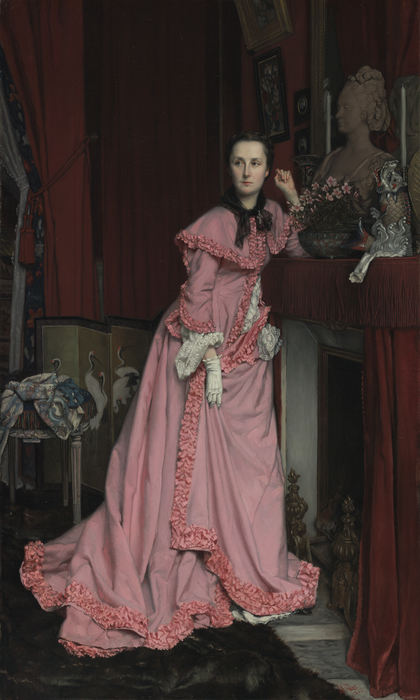 1866
Costumed in the latest style and surrounded by fashionable decorative objects, the Marquise de Miramon wears a rose colored, ruffled peignoir, or dressing gown. Around her neck are a black lace scarf and a silver cross. Reflecting the new European fascination with Japanese art, behind her is a Japanese screen depicting cranes on a gold ground, and on the mantelpiece are several pieces of Japanese ceramics. The needlework on the Louis XVI stool indicates that the subject is a noble woman of leisure, and the eighteenth-century terracotta bust suggests her husband's aristocratic heritage.

Thérèse -Stephanie-Sophie Feuillant (1836-1912) was from a wealthy bourgeois family. She inherited a fortune from her father and in 1860 she married Réne de Cassagnes de Beaufort, Marquis de Miramon. She stands in the Château de Paulhac, Auvergne, her husband's family seat.

Tissot painted many fashionable women during his career, but he held this work in particularly high regard. In 1866, he wrote to request, and received, permission to borrow the painting and submit it to the Paris World Fair, where it was seen in public for the first time. The family kept this letter from Tissot along with a swatch of the Marquise's pink velvet gown. Today, the fabric swatch and the painting are in the collection of the Getty Museum and the letter is part of the collection of the Getty Research Institute.