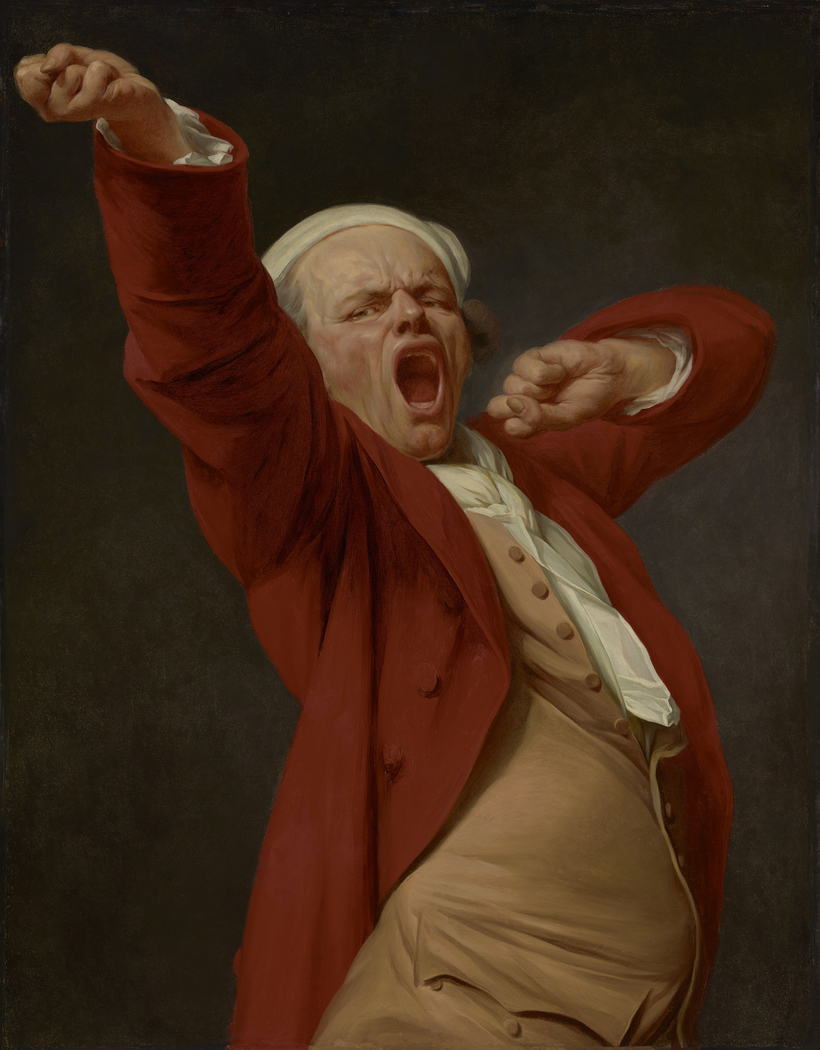 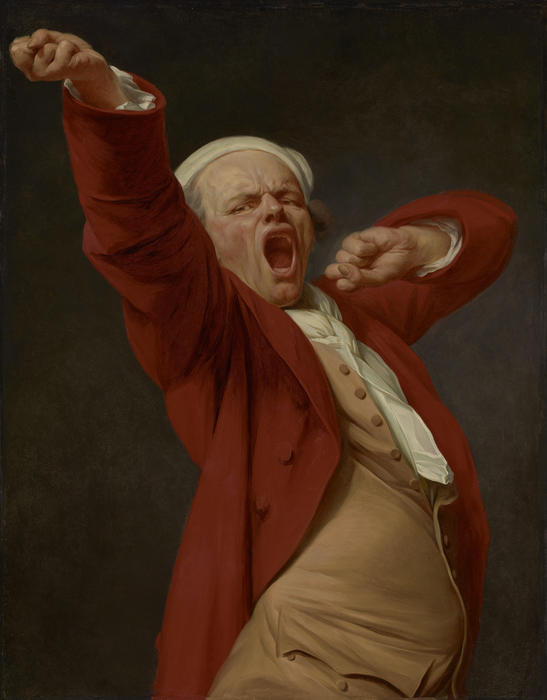 1783
Joseph Ducreux experimented with the traditional limitations of the genre of self-portraiture by creating an expressive, humorous, and rather unorthodox image of himself stretching and yawning. Dressed informally in a turban and bright red jacket, Ducreux, in the midst of a huge yawn, opens his mouth wide, contorting his face with the effort and stretching his right arm toward the viewer. Holding this exaggerated pose, his back sways and his stomach pushes forward; his entire body presses up close to the surface of the picture.

Ducreux was interested in the study of physiognomy and frequently used his own features as a convenient means to observe various expressions. In fact, he executed dozens of similarly exaggerated self-portraits throughout his career. A contemporary critic admired this self-portrait for its warmth, color, and expression, but later critics complained about the repetition of the subject.