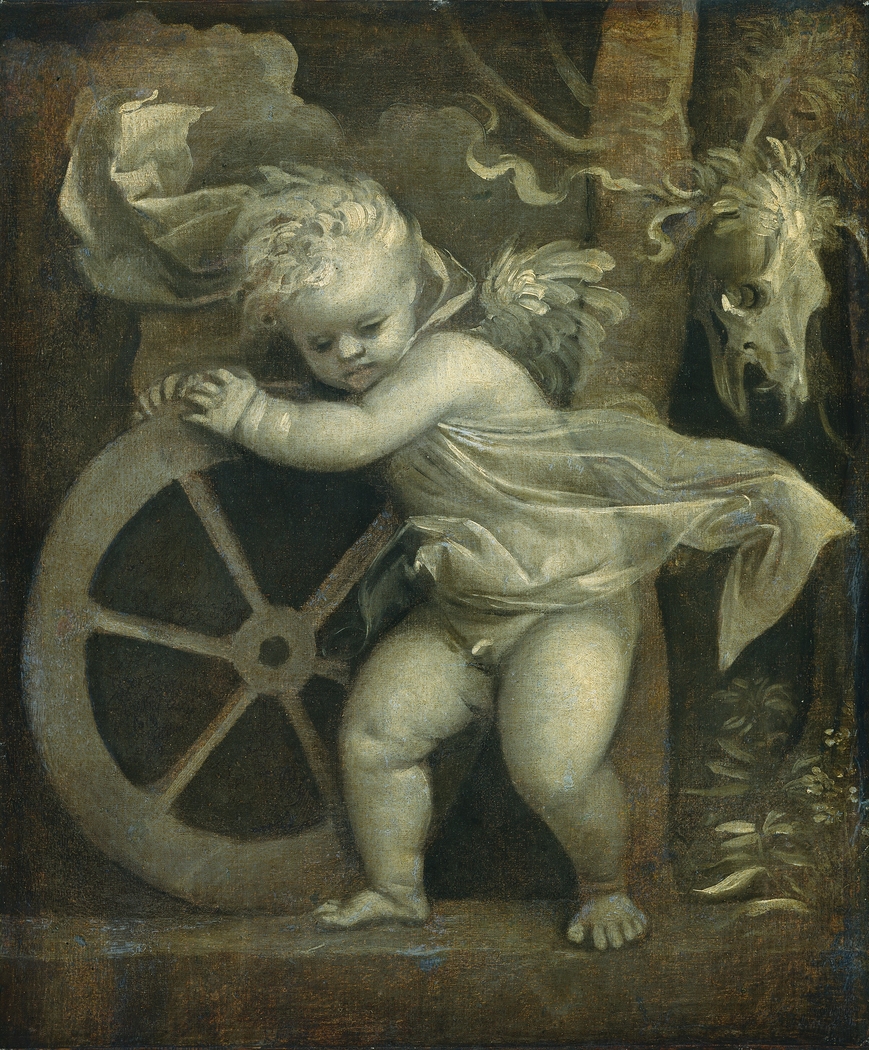 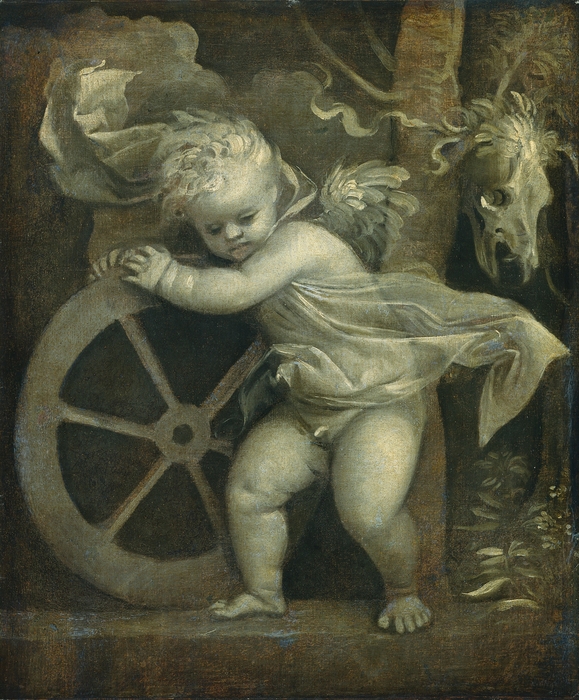 Cupid with the Wheel of Fortune

1520
Cupid labors against a rolling wheel, apparently trying to stop its momentum. The space around him is energized by a wind that blows his drapery. The scene is made somber by the dark, cloudy background and the skull hanging from a tree trunk.

This painting is unique among works by Titian. The only other context in which he used monochrome was to imitate marble sculpture within details of larger paintings in full color. The present work, by contrast, is executed entirely in monochrome and with a much more fluid technique, in which the rapid handling of the brush is conspicuously evident.

This work may have originally functioned as the cover, or timpano, to a portrait. Such complements to portraits were not uncommon in Venetian painting in the decades around 1500. The painting’s allegorical subject supports this possibility. It may have been meant to represent the personality, status, or philosophy of the sitter of the portrait beneath. Based on the main symbolic elements—Cupid, the wheel, and the animal skull—scholars have suggested various potential interpretations for the image. Considering Cupid’s apparent effort to stop the wheel, the scene may suggest that love holds a central position in human life and lends sweetness to the fleeting hours, even though the roll of time must in the end lead to death.