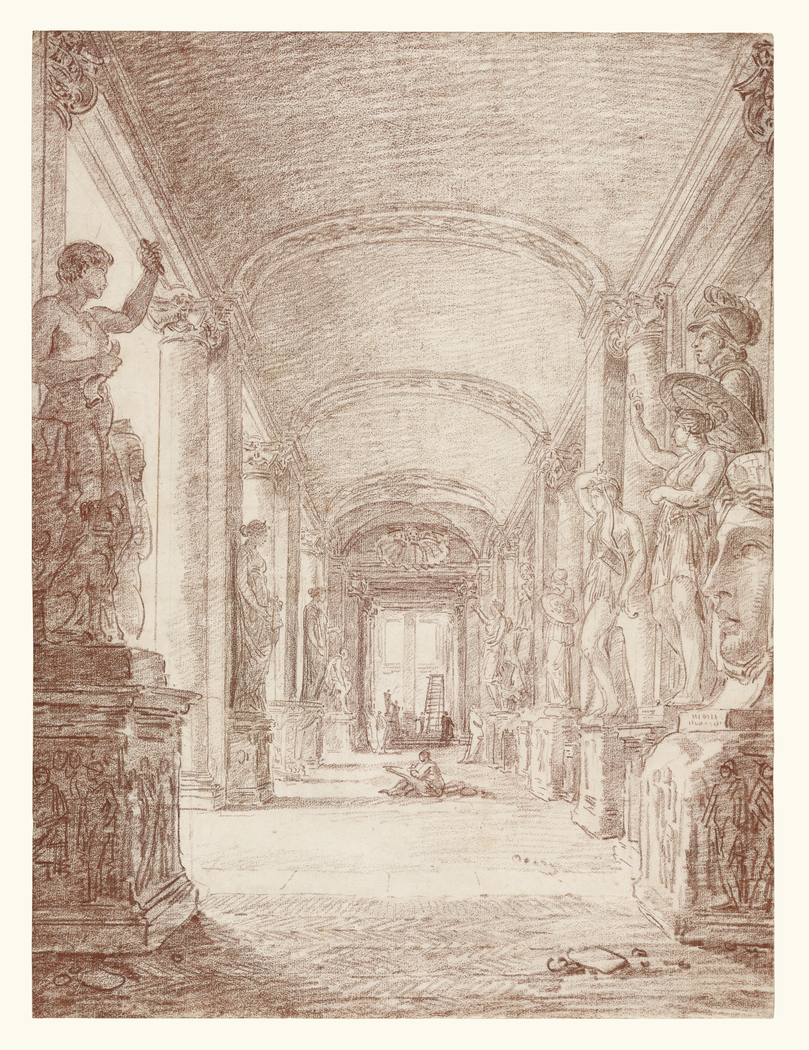 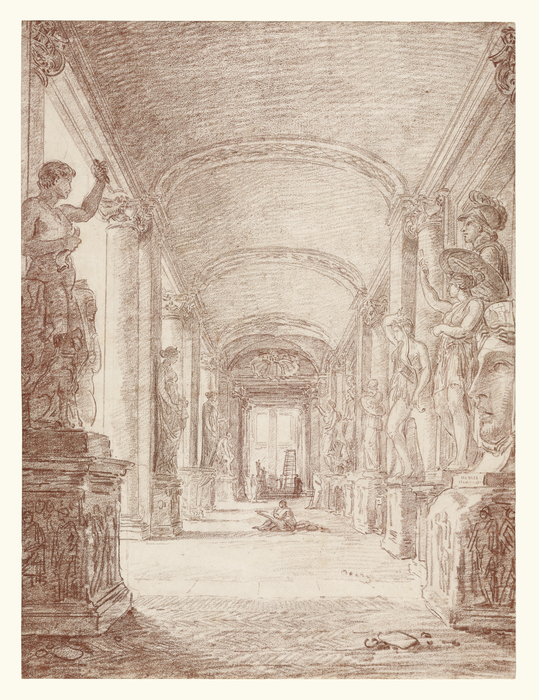 A Draftsman in the Capitoline Gallery

1765
An artist sits drawing in an ancient sculpture gallery. Light streams in from the left, where the gallery is open to a courtyard. During the eighteenth century young artists flocked to Rome from all over Europe to study the monuments of antiquity and the Renaissance.

This red chalk drawing depicts the Capitoline Museum, a gallery of ancient sculpture which opened in Rome in 1734 and quickly became a de facto classroom for aspiring artists. The figure of the draftsman is likely Robert himself. His choice to place the draftsman surrounded by monumental sculptures, creates a sense of the overwhelming effect of the ancients on eighteenth-century artists.