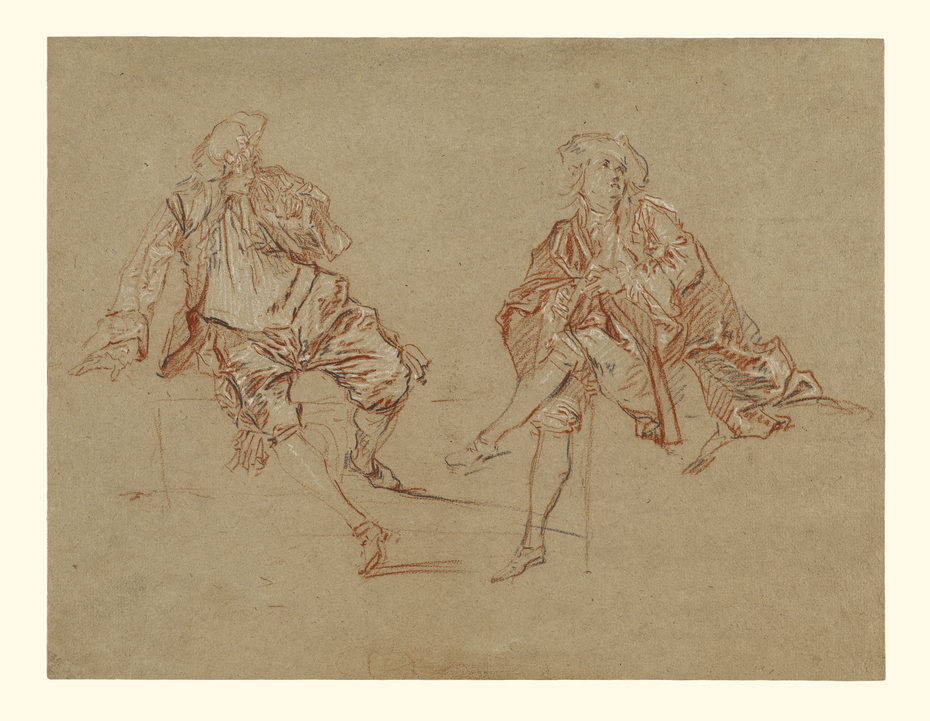 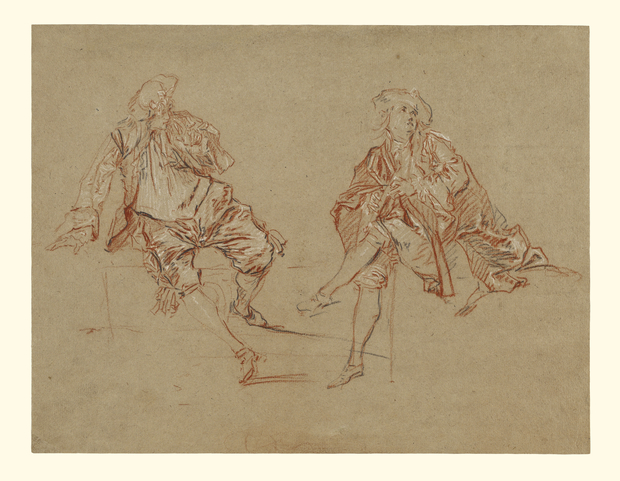 1725 - 1730
Using a delicate pattern of red chalk lines to illustrate the play of light on the folds of the two men's clothing, Nicolas Lancret portrayed an elegant courtier on the left and a flutist on the right. Black chalk strokes define the elements of emphasis: the rippling folds on their breeches and cloak and each man's little nose and mouth. White lines add touches of silvery highlights to the costumes. Like his idol and rival Jean-Antoine Watteau, Lancret particularly favored the effects of combining three colors of chalk in the technique known as trois crayons. Among the many artists who imitated the brilliant flickering style of Watteau's chalk work, Lancret mastered it best and developed it into a personal idiom, evolving strokes that were looser and more ethereal than those of Watteau.

Lancret probably sketched the figures as a life study, not in preparation for a particular painting. Later, when he required a particular gesture or movement for one of his paintings, he would have referred back to his drawings.