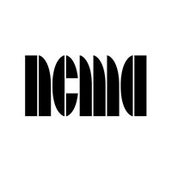 The Museum’s history begins in 1924, when the North Carolina State Art Society was formed. Its mission: to generate interest in creating an art museum for the state. In 1928 the society acquired funds and approximately 75 paintings by bequest from Robert F. Phifer, a North Carolina native and businessman. In 1929 the first in a series of temporary art exhibition spaces opened in the Agriculture Building in Raleigh.

In 1947 the state legislature appropriated $1 million to purchase a collection of art for the people of North Carolina. The appropriation, which was unheard of at the time and drew national attention, was in response to a then-anonymous challenge grant from noted philanthropist Samuel H. Kress of New York through the persuasive efforts of Robert Lee Humber. Humber was an international lawyer and native of Greenville, N.C.

Humber worked tirelessly with the legislature to ensure the bill’s passage. An amended bill was finally passed in the waning hours of the last day of the legislative session. Rep. John Kerr of Warren County, in support of the bill, famously said, “Mr. Speaker, I know I am facing a hostile audience, but man cannot live by bread alone.”

The initial $1 million legislative appropriation was used to purchase 139 European and American paintings and sculptures.

The Kress Foundation matched the $1 million appropriation with a gift of 70 works of art, primarily Italian Renaissance, adding the Museum to its program of endowing regional museums throughout the United States with works from the Kress Collection. The Kress gift to the Museum became the largest and most important of any except that given to the National Gallery of Art. The Museum’s original collection, along with the Kress gift, established the North Carolina Museum of Art as one of the premier art museums. [source]
more >
5