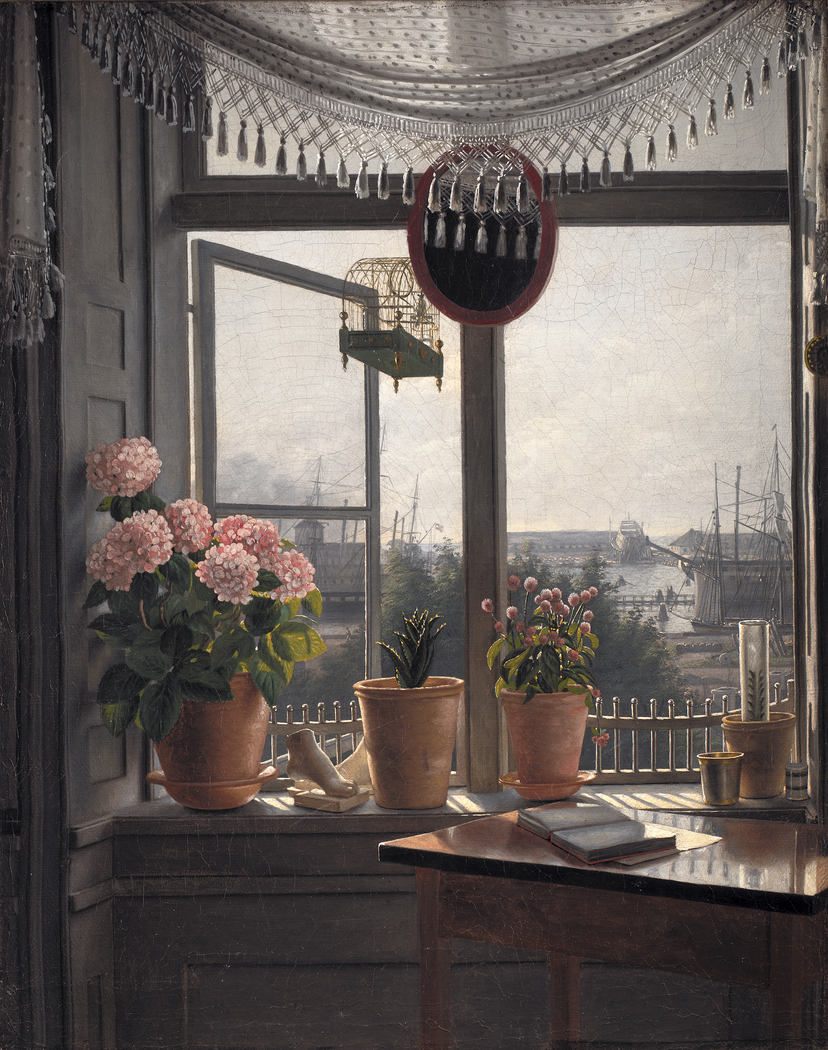 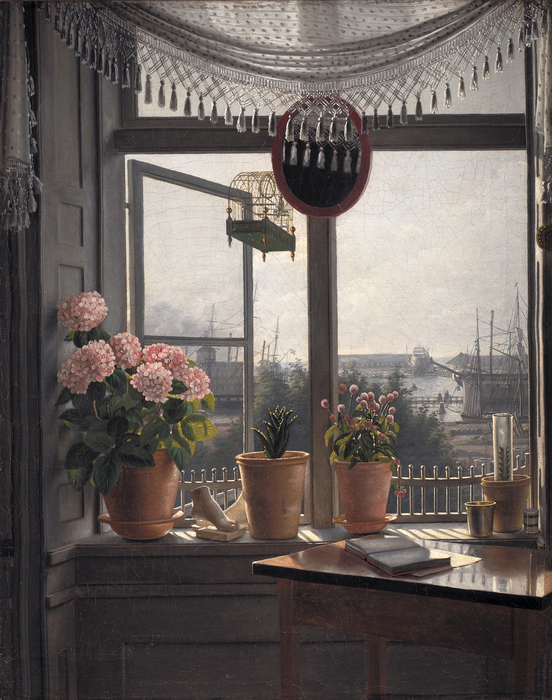 View from the Artist's Room

1825
Around the mid-1820s Rørbye found himself in a time of transition on several levels. On a personal level he was about to leave his childhood home where this view from the drawing-room window was painted.

Aspects of transition
These different aspects of transition left their mark on the scene. The familiar closeness of the drawing room is contrasted with the sailing ships in the harbour, bound for faraway destinations. The cage in the window occupies a transitional position between the indoors and the outdoors, thereby emphasising the symbolism of the imprisoned bird.

Popular themes with symbolic undertones
On the windowsill, flowers in different stages of growth reflect the stages of human life: The small cutting to the right is balanced by the flowering hydrangea and the partially withered flower in the middle of the picture. Out in the harbour the flowers are matched by three warships: the middle ship is still under construction, the right one has no rigging, leaving only the ship on the left seaworthy. During the Romantic era, open windows and ships on the sea became popular themes with symbolic undertones. 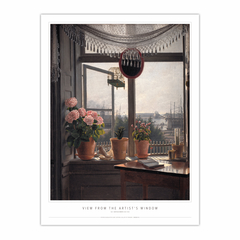 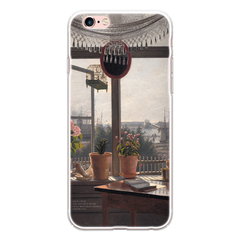