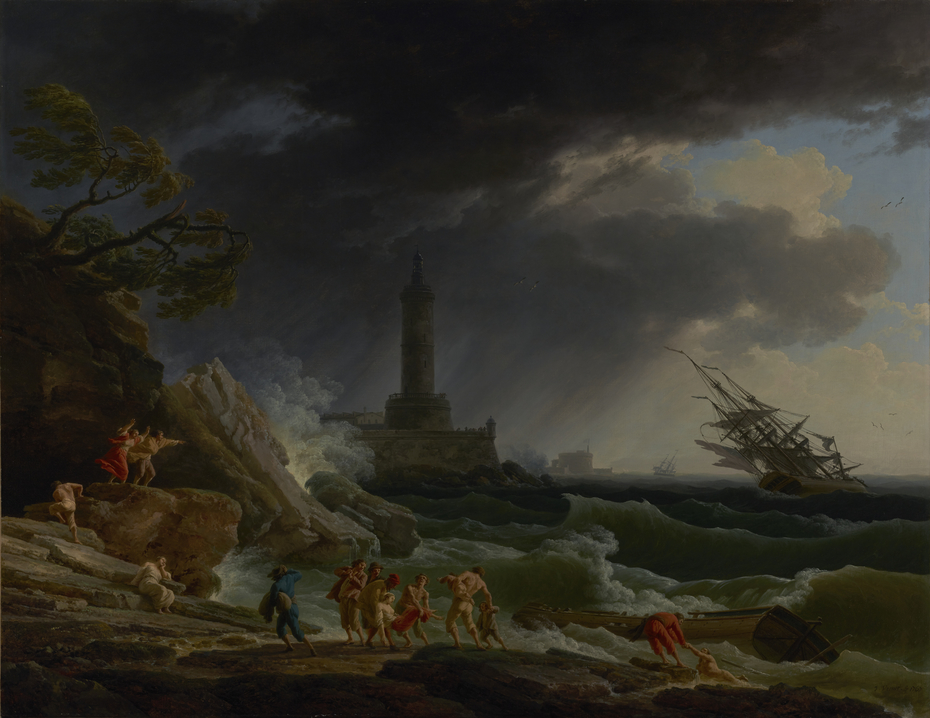 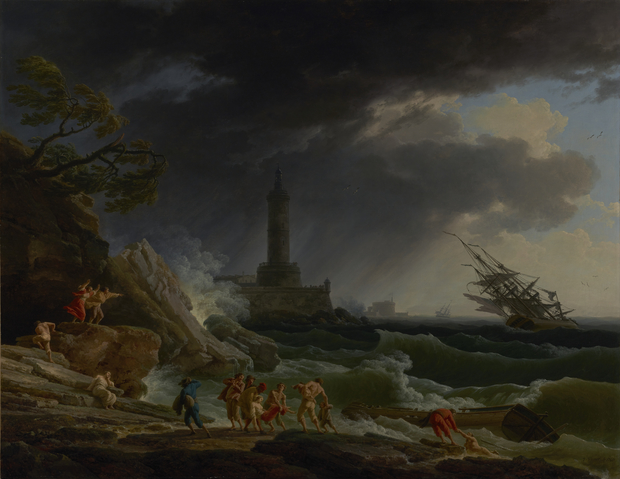 A Storm on a Mediterranean Coast

1767
Claude-Joseph Vernet depicted a storm's aftermath: dark clouds above an angry sea, a shipwrecked boat and its anxious survivors, and listing ships in the distance. As the sea furiously beats against the shoreline, waves explode beyond the rocks in a froth of white. The motion of the waves, the distant rain shaft, the battered ship, and even the bodies of the fleeing castaways fill the scene with strong, opposing diagonal lines. The lighthouse standing solidly upright at the painting's center counters all of this activity.

The strong colors of the shipwrecked survivors' clothing stand out against the palette of greens, grays, and browns in the turbulent sea. Clearing skies cast the survivors in an eerie glow; dark tones at the left and lower edges and in the waves themselves draw further attention to the bright figures.

The scene as a whole suggests the powerful force of nature over man. Vernet's companion piece for this painting, A Calm at a Mediterranean Port, presents a sharply contrasting scene of a harbor in more placid weather.

License:
Courtesy of The Getty
For more:
http://www.getty.edu/art/collection/objects/133227/claude-j…