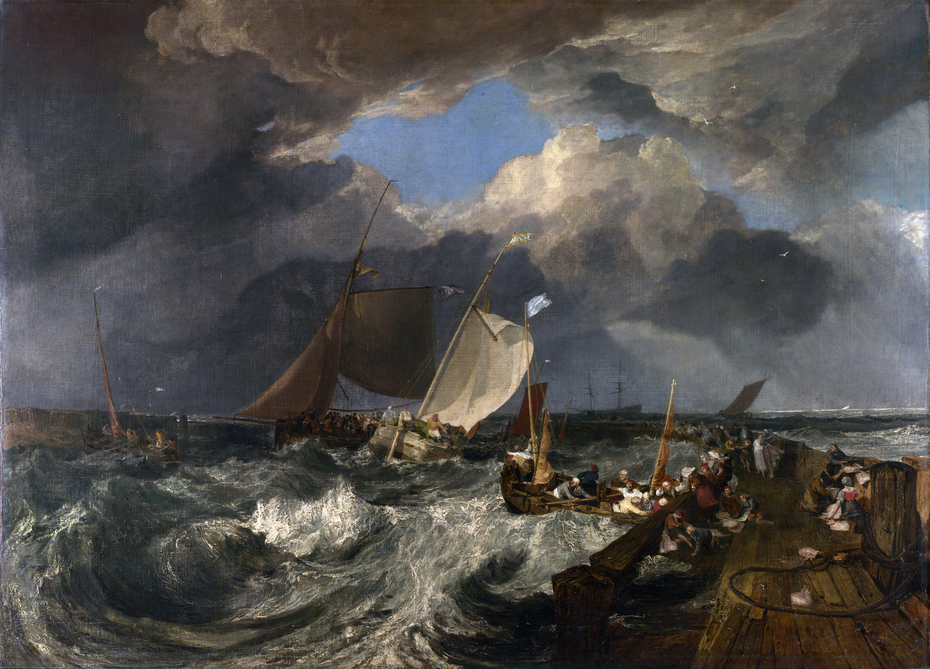 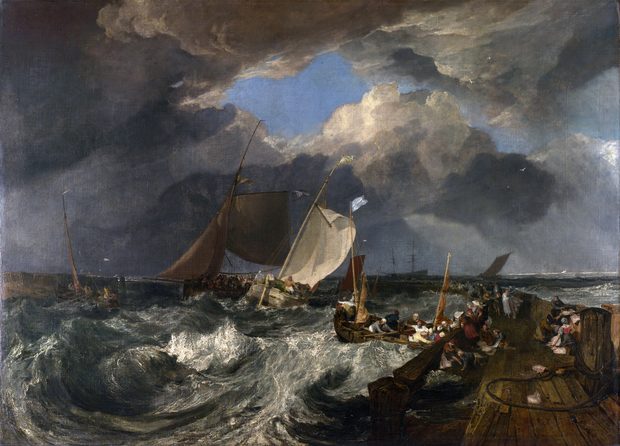 The packet boat is arriving at Calais, full of passengers. The heavy swell and storm clouds dominate the scene. The sun breaks through to touch the sail. The shaft of light from the sun down to the sea forms the centre of the composition. Turner's picture is based on a real-life event. In 1802 he took his first trip abroad via Calais. On a sketch for this picture he noted that the seas had been so rough he was 'nearly swampt'. The picture was exhibited at the Royal Academy in 1803. Like a number of Turner's pictures it was not well received, and was thought unfinished in the foreground. 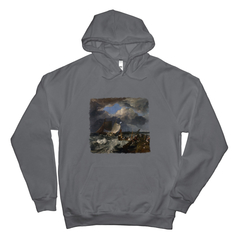 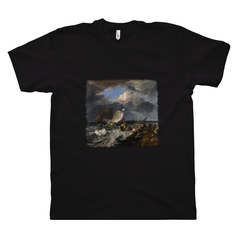