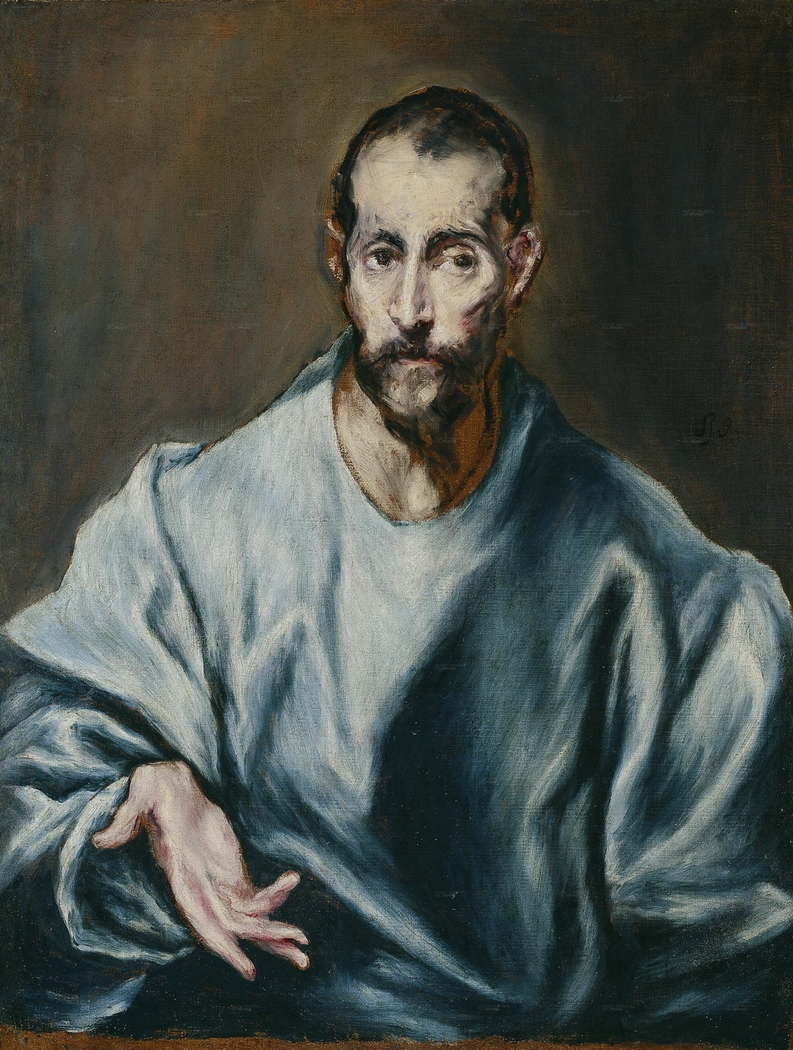 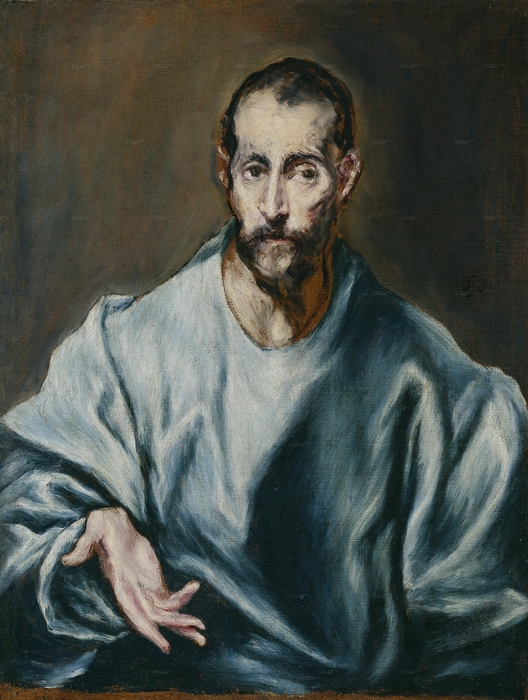 1608 - 1614
This work is part of an apostolate from the Church of Almadrones, Guadalajara, which repeats the model of the Apostolates at Toledo Cathedral and the Museum-House of El Greco in that same city with very few variations. The Museo del Prado has four canvases from this series -The Savior, Saint James (P02890), Saint Thomas (P02891) and Saint Paul (P02892)- all of which perceptibly include the participation of the master’s workshop. The image thought to be Saint James the Elder, is the most appreciated of the series, both for its pictorial technique, with dragged brushstrokes that create interesting contrasts of light, and because of the intellectual and expressive mien of the character, which has also led some to think it might actually be Saint James the Younger, as there is no identifying attribute. This work is part of a series of Apostles made for the church of Almadrones, Guadalajara. With only slight variations, it repeats the model of the Apostles at Toledo Cathedral and the House and Museum of El Greco in the same city. Four canvases from this series are at the Prado Museum. The participation of the master´s workshop is visible in them.