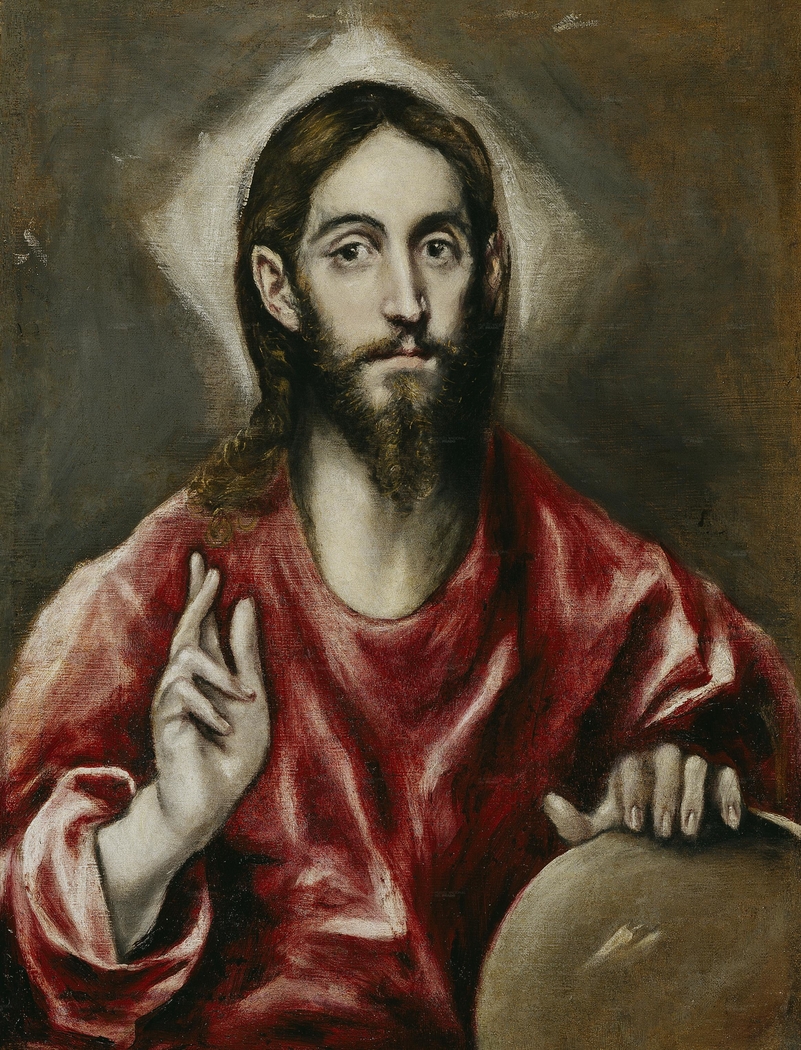 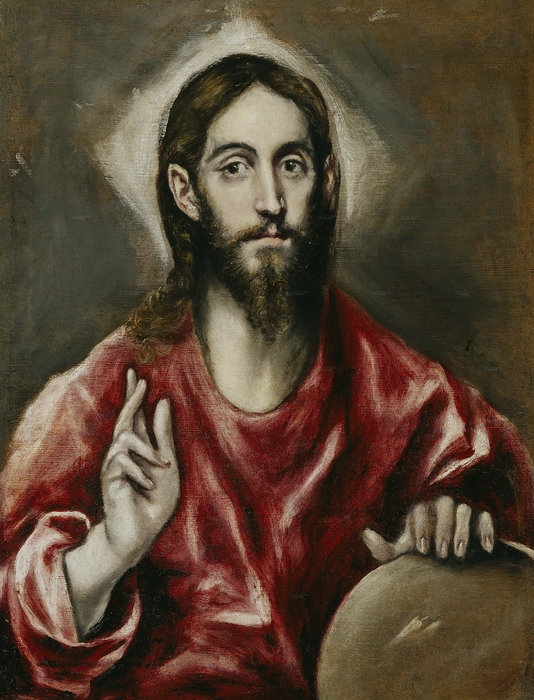 1608 - 1614
This work is part of an apostolate from the Church of Almadrones, Guadalajara, which repeats the model of the Apostolates at Toledo Cathedral and the Museum-House of El Greco in that same city with very few variations. The Museo del Prado has four canvases from this series -The Savior, Saint James (P02890), Saint Thomas (P02891) and Saint Paul (P02892)- all of which perceptibly include the participation of the master’s workshop. This half-length representation of Jesus shows him looking directly forward, offering his blessing with his right hand and resting his left on a crystalline globe of the world. He is dressed only in a red tunic, without robes, although the folds drawn on his left shoulder suggest an initial intention of partially depicting robes, as occurs in versions in Edinburgh (National Gallery of Scotland) and Reggio Emilia (Galleria Civica Parmeggiani), all of which reflect the conception of the Savior created for the more-than-half-length figures of the Apostles at the Primate Cathedral and the Museum-House of El Greco. This canvas from the Museo del Prado differs from the other examples in both the elimination of the robes and the subtle turn of the head, although those details do not break with the customary Byzantine presentation of the Salvator Mundi with an elongated face, an intense gaze and a long, pointed beard that is linked to the Pantocrator -the All-powerful Christ that dominated representations of the twelve Apostles and the four Evangelists in bust representations in domes or apses. This type of image became popular in Europe in the 15th and 16th centuries (Text drawn from Ruiz, L.: El Greco en el Museo Nacional del Prado. Catálogo razonado, Museo Nacional del Prado, 2007, p. 154).