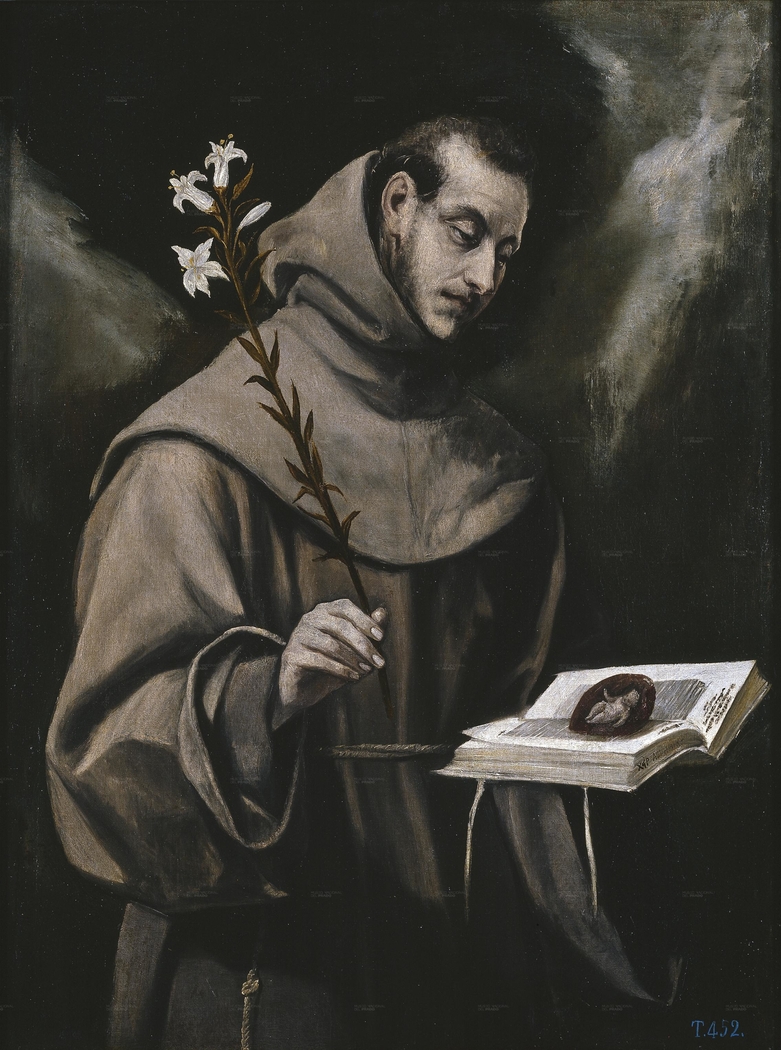 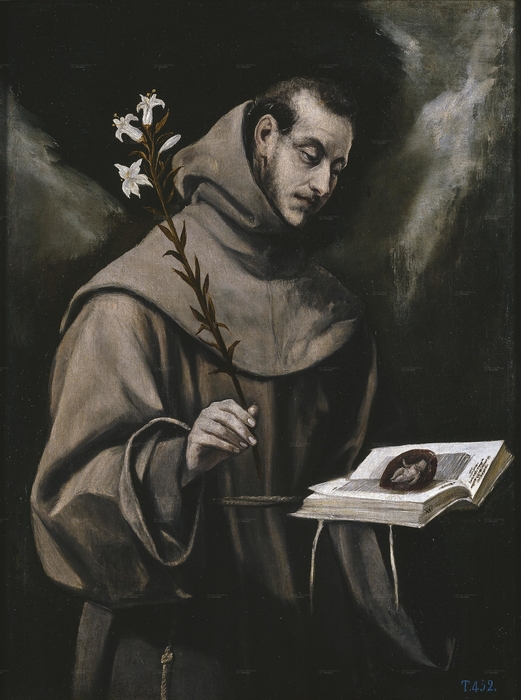 1580
The pyramidal composition and the monumental character of the figure are similar to those of Saint Benedict (P-817), also in the Prado. An exceptional depiction of this saint from Lisbon holding a spray of white lilies in his right hand. In his left hand is a book with a small image of the Christ Child, a later addition that adapts this painting to the most common iconography of this Franciscan saint. The sculptural style of the saint´s figure, the signature of El Greco, and the tenebrous background are similar to other works from the artist´s first period in Toledo. This work is signed on the upper edge of the book in Greek capital letters.