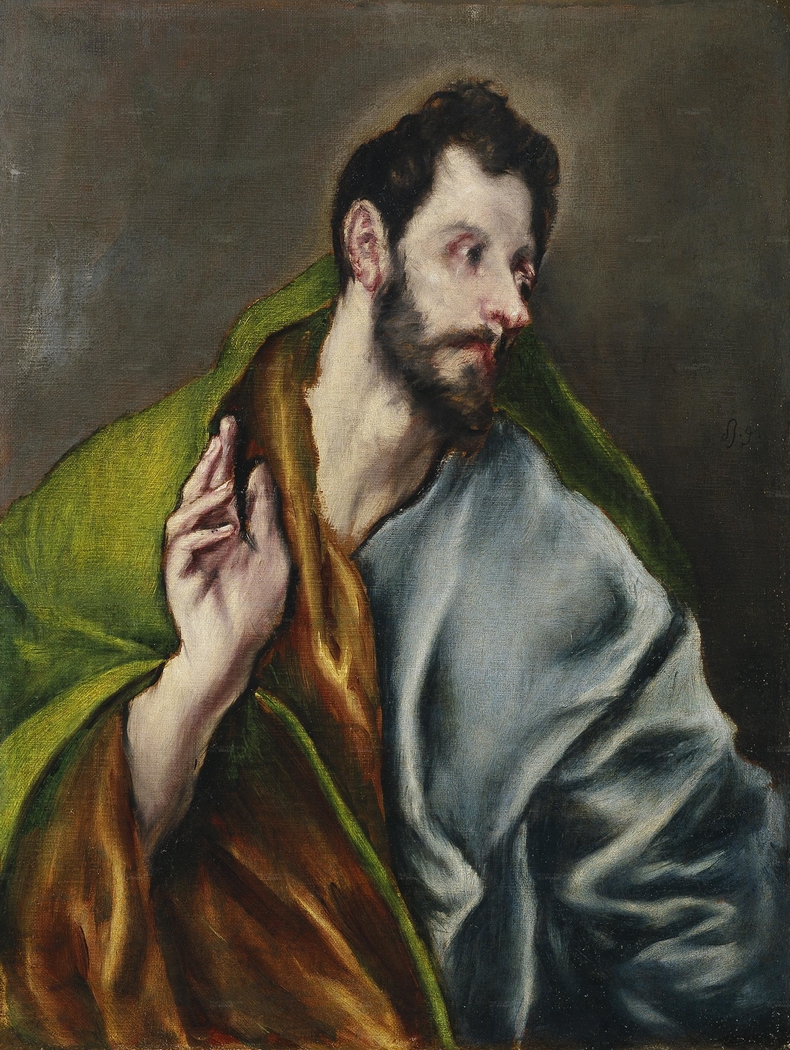 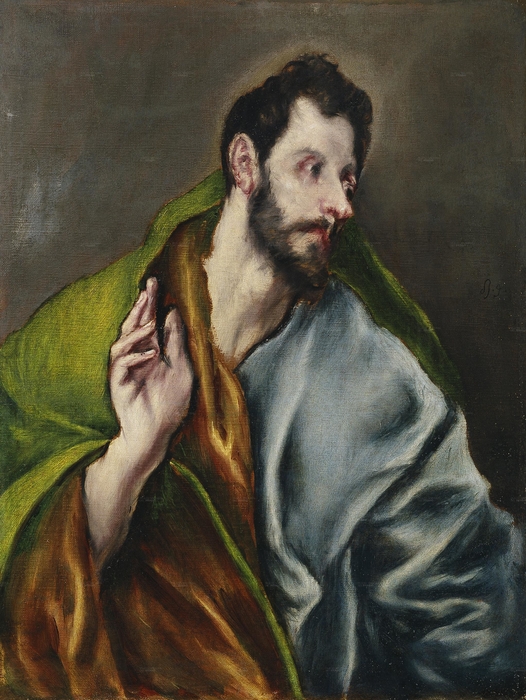 1608 - 1614
This work is part of an apostolate from the Church of Almadrones, Guadalajara, which repeats the model of the Apostolates at Toledo Cathedral and the Museum-House of El Greco in that same city with very few variations. The Museo del Prado has four canvases from this series -The Savior, Saint James, Saint Thomas and Saint Paul - all of which perceptibly include the participation of the master’s workshop. In the painting of Saint Thomas, the beauty and movement of the head and hand correspond to a later date, and El Greco probably had no involve- ment in their execution. The drapery was painted by an artist who tried, un successfully, to imitate his master´s style.