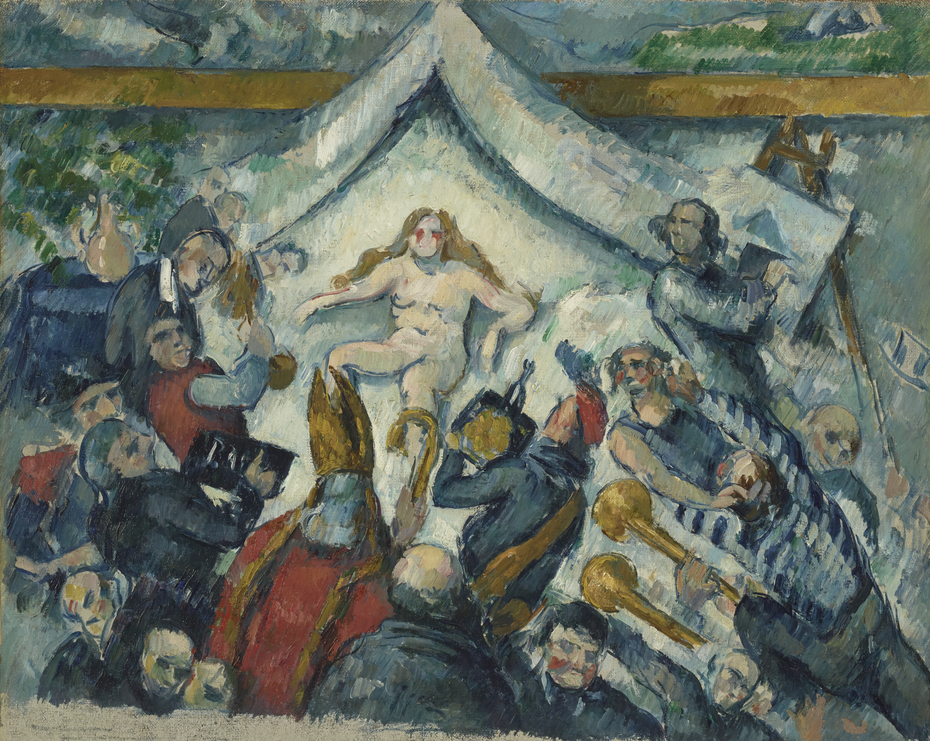 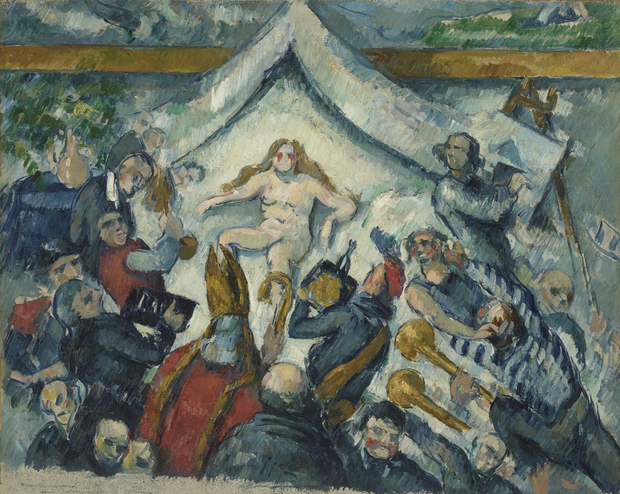 1877
The nude played a central role in Paul Cézanne's art throughout his career, but, paradoxically for an artist who usually drew from life, he seldom used nude models in his working process: he was said to be ill-at-ease with naked sitters. "I paint still lifes," he once told Renoir, "Women models frighten me." Cezanne contented instead with studying earlier artists and using the drawings after nude models that he had made in art school in Paris.

The meaning of this enigmatic painting is unclear, and it has been known by several titles. This woman is confronted by devotees from different arts and occupations, among them a mitered bishop, whose admiration seems intrusive, even aggressive. A painter sometimes identified as Eugène Delacroix stands at his easel painting the scene. The bald figure at the painting's bottom may be Cézanne himself. Whether she encourages their adoration, passively accepts it, or is trapped by her cult is unclear. Like many of Cézanne's nudes, the woman's face is nearly blank, except for her red eye sockets. Around 1877 Cézanne began to use the parallel diagonal strokes seen here to impose order and to unify his picture's surface.

License:
Courtesy of The Getty
For more:
http://www.getty.edu/art/collection/objects/810/paul-cezann…