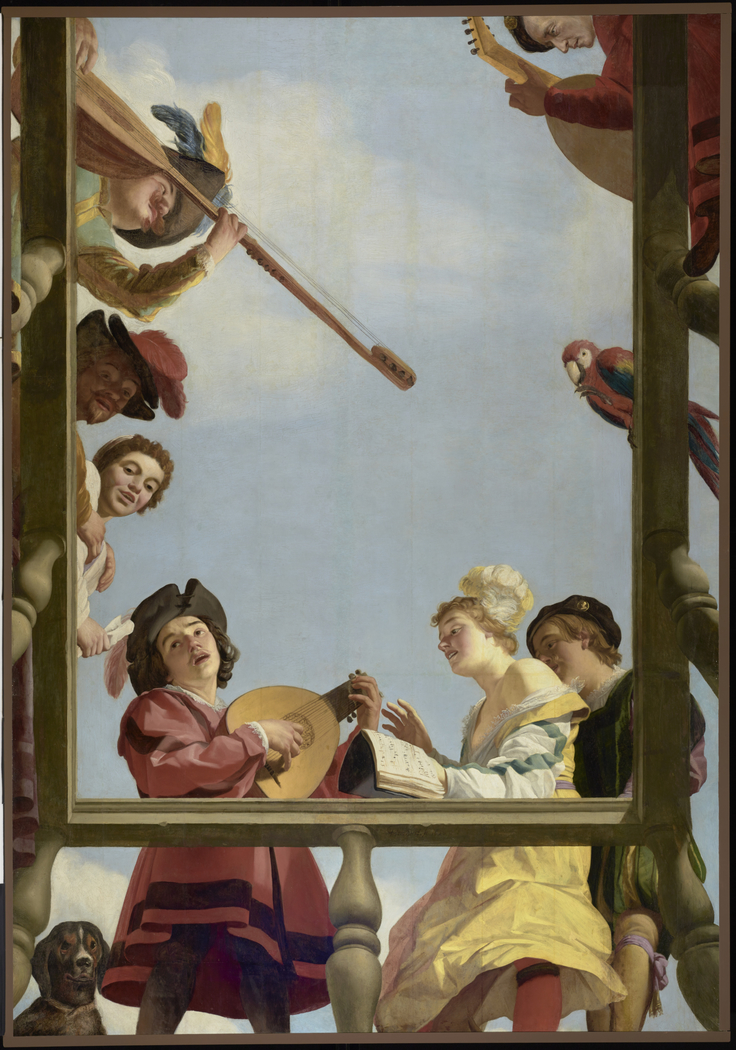 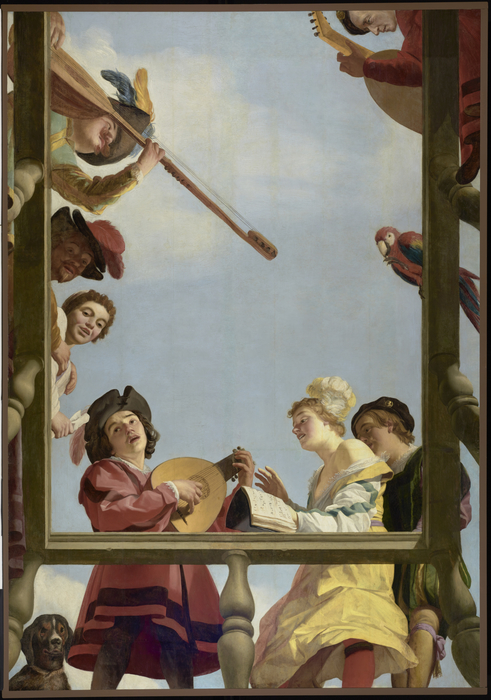 Musical Group on a Balcony

1622
Smiling, singing figures gather around a balcony to play musical instruments, inviting the viewers below to join in the fun. The revelers' facial expressions and bright colorful clothes heighten the festive, carefree mood. A parrot and a dog, gazing down from their perches, round out the merry group. Possibly part of an allegory of Harmony, the painting may have originally been slightly wider and twice as long, containing a complete balustrade and more figures. The head of the man at the top is a modern addition.

Gerrit van Honthorst painted this illusionistic ceiling, the earliest of its type made in the Netherlands in 1622, two years after his return from Italy, where he saw similar painted ceilings. Careful calculation of perspective allows the figures to burst plausibly through the flat plane of the painted panel.

License:
Courtesy of The Getty
For more:
http://www.getty.edu/art/collection/objects/560/gerrit-van-…