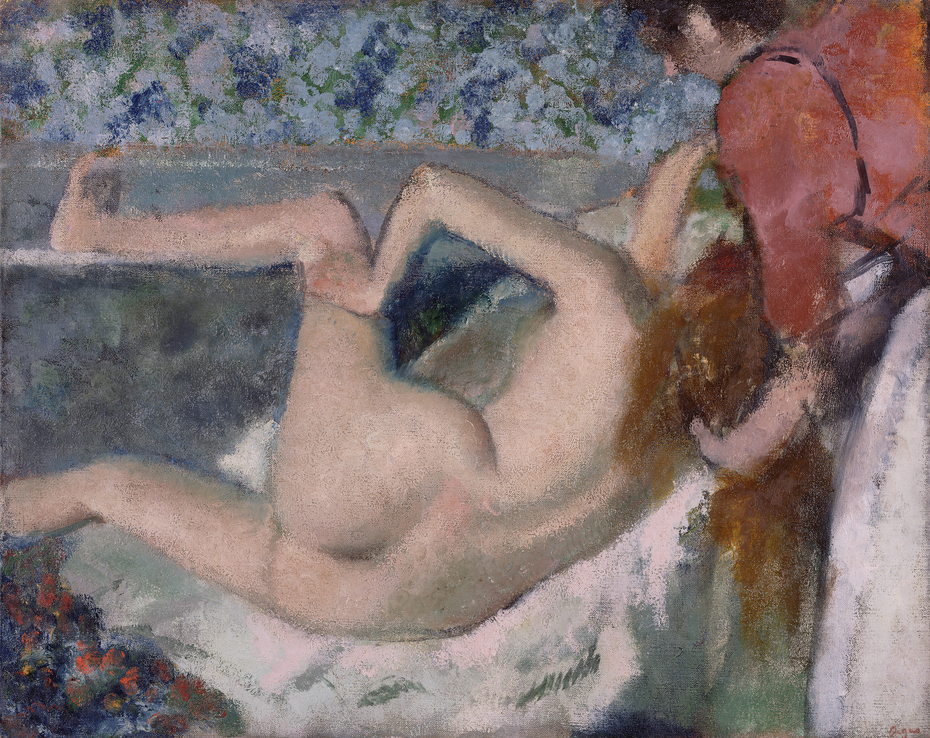 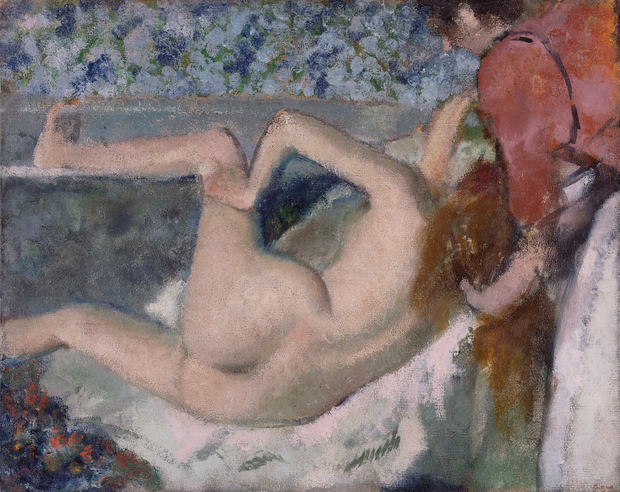 1895
Women can never forgive me; they hate me, they feel that I am disarming them. I show them without their coquetry.
--Edgar Degas

Edgar Degas often depicted women in awkward and inelegant poses, eliciting sharp criticism. His comment above makes clear that he was aware of this response to his work. An early practitioner of Realism, Degas captured women engaged in mundane tasks--laundresses ironing, prostitutes waiting for clients, and, most frequently, women bathing.

The intimate subject of this painting, a woman bathing in a private interior, is one that invites voyeurism. Degas depicted the woman lying on a divan, while her maid dries or combs her hair. With her back pushed to the extreme foreground of the images, she seems to hold the viewer at bay. Bracing herself with her left arm, the woman uncomfortably raises her left leg against the edge of the bathtub. Such unnatural poses have perplexed critics of Degas's time, as they do viewers today. Some see these poses as an attempt to depict human movement not in idealized forms, but in ordinary, private behavior. Others see such representations of women as misogynistic.