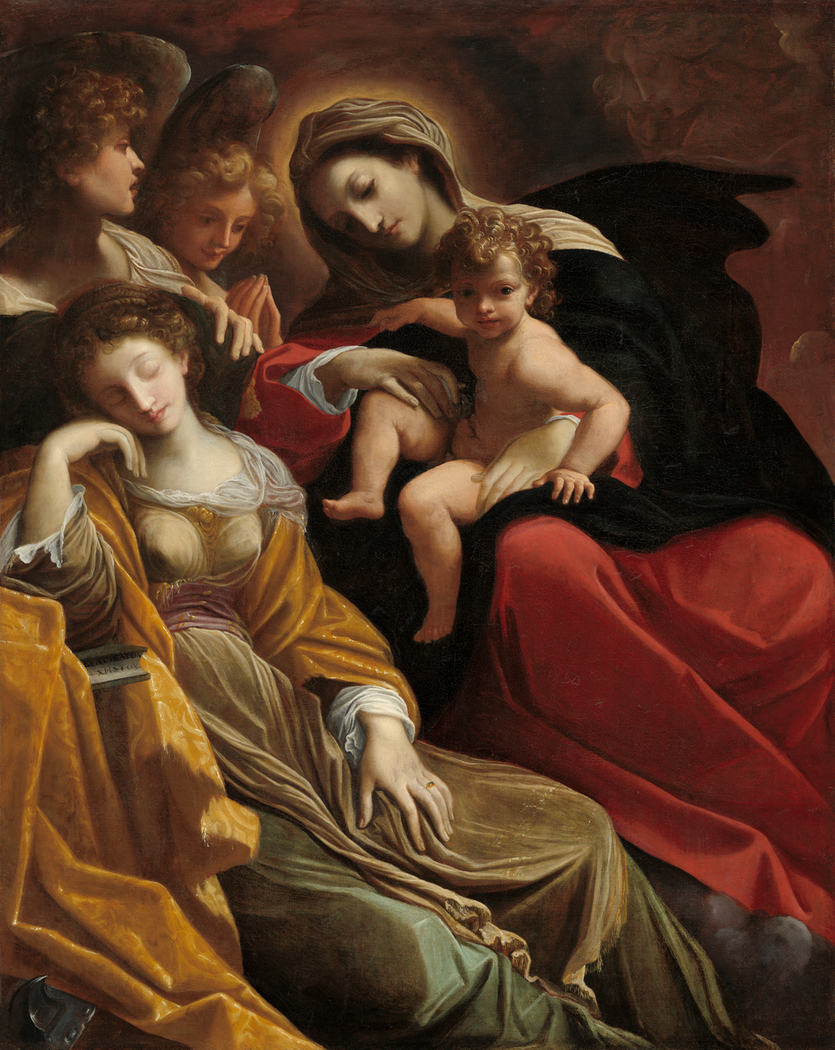 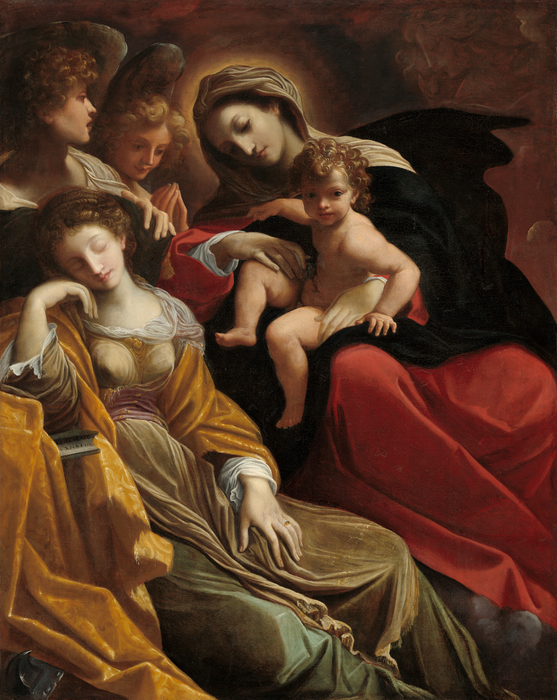 The Dream of Saint Catherine of Alexandria

1593
We recognize this sleeping figure as Saint Catherine by the fragment of spiked wheel in the lower left corner, which was the instrument of an attempted martyrdom. Here Lodovico Carracci represented her legendary dream in which Mary and the infant Christ, accompanied by angels, appeared to her. Plighting his troth, Christ placed a ring on Catherine's finger, and through this mystic marriage she became his bride. To cast the event as a dream, rather than having Saint Catherine receive the ring while awake, is Lodovico's innovation.

Two angels at the left look on with protective tenderness, while others barely emerge amid the vaporous bronze radiance at the right -- spirit becoming matter. The figures, solid and robust, bask in an indeterminate setting. A languorous warmth pervades the scene and slows the composition. At the same time, the quirky folds and pleats cascading down Catherine's garments impart a vertiginous sensation -- the dizziness of sleep.

Lodovico was the eldest of the three Carracci, the family of Bolognese artists who inaugurated the age of the baroque. His depictions of saints in states of visionary ecstasy were highly prized in an age when the purpose of religious art was to arouse intensely pious emotions in the spectator.