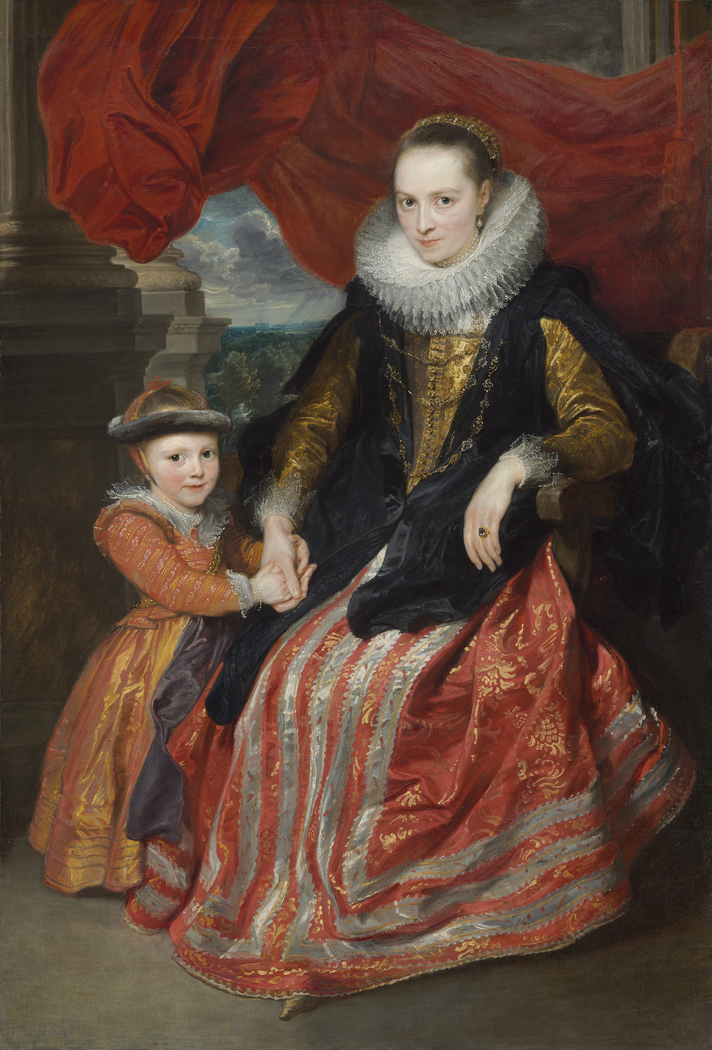 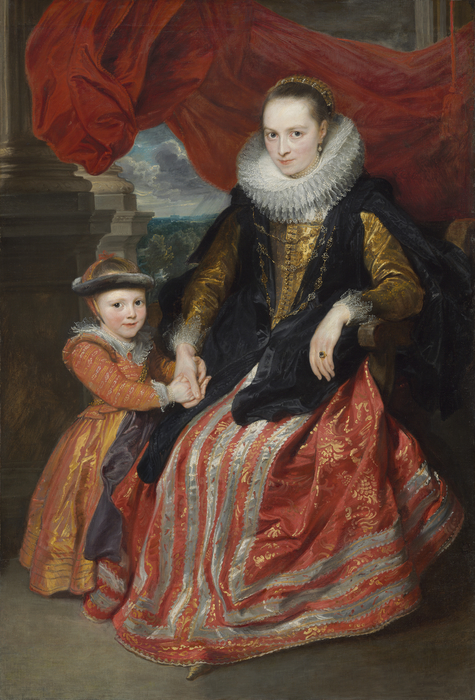 Susanna Fourment and Her Daughter

1621
In this tender image of a mother and daughter, Anthony van Dyck has conveyed the full extent of his artistic abilities. Even in a formal portrait like this one, he has ably captured the warmth, love, and reassurance of the parent-child relationship through gaze, gesture, and even bearing. The woman is almost certainly Susanna Fourment, identified by a drawing of Van Dyck's one-time mentor and frequent collaborator Peter Paul Rubens, and her only daughter, Clara. Rubens was married to Susanna's sister-in-law Isabella Brant, and it was probably through Rubens that Van Dyck received the commission for this portrait.

With its combination of informality and grandeur, as well as the extraordinary naturalism of the figures' expressions and gestures, the painting bears close stylistic associations with Van Dyck's other work of around 1621. He had returned to his hometown of Antwerp from England in March of that year, but left again the following October to go to Italy. Unfortunately, nothing is known about the 17th-century provenance of Susanna Fourment and Her Daughter. Although it can be assumed that the large-scale portrait was painted for Susanna's home, most likely intended for the voorkamer (front room), there are no references to the painting until 1762. When Andrew Mellon purchased the work in 1930, the painting had been attributed to Rubens, owing to its close stylistic relationship with the master's work. However, by 1941 it had been given to Van Dyck, and it has never been questioned since.


More from the NGA: Susanna Fourment and Her Daughter from the Sir Anthony van Dyck tour


Note by the contributor, Emily Wilkinson:
This portrait depicts Susanna Fourment, third daughter of the Antwerp tapestry and cloth merchant Daniel Fourment. Susanna features in several portraits of the period, some by van Dyck and some by Peter Paul Rubens, who later married Susanna's sister, Hélène Fourment. 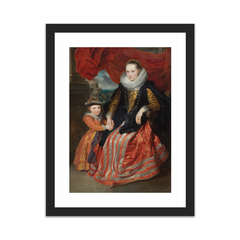