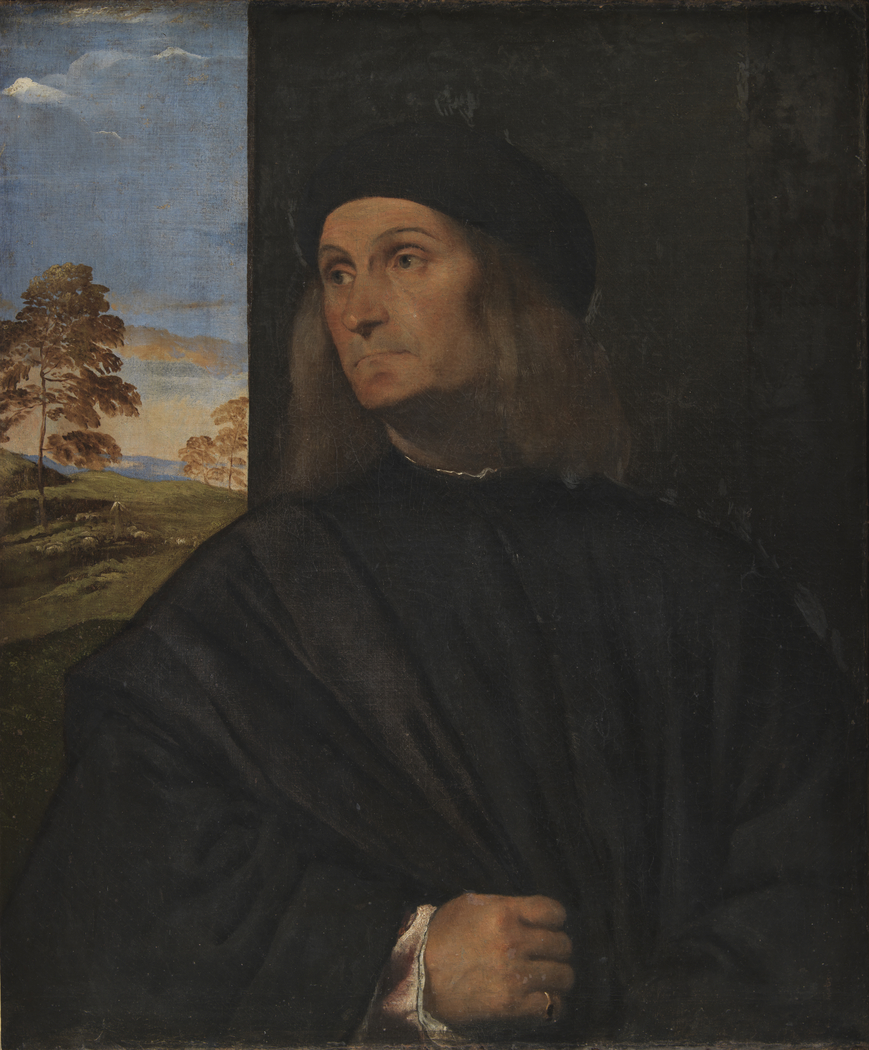 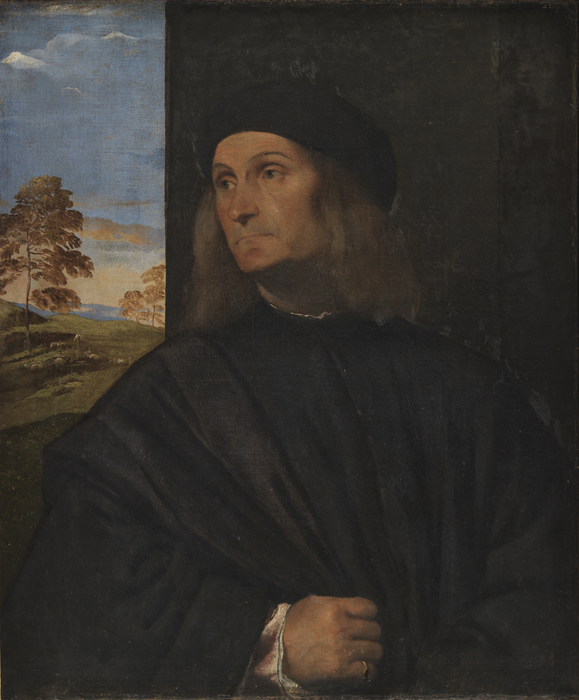 A nod to Bellini
Titian divided the background into two parts – a dark, uniform surface and a narrow glimpse of a rolling landscape with shepherds – as a nod to his old master, for Giovanni Bellini was among the artists who introduced this particular element in Venetian portraits.

Introducing movement to the painting
Titian added a new element to the traditional static pose: the model’s gaze and the twist of the body go in different directions thereby introducing movement. As the official painter of the Republic, Bellini chose to be portrayed wearing his official dress, a black costume worn by doctors, lawyers, civil servants, merchants, and aristocrats. At the time, the Sala del Maggior Consiglio in the Ducal Palace was just about to be decorated.

The young Titian vied with his far older mentor and many other Venetian painters for a portion of the commission. It is possible that Titian’s objective with this portrait was to prove that he could paint as well as his master – even surpass him by introducing new dynamics.