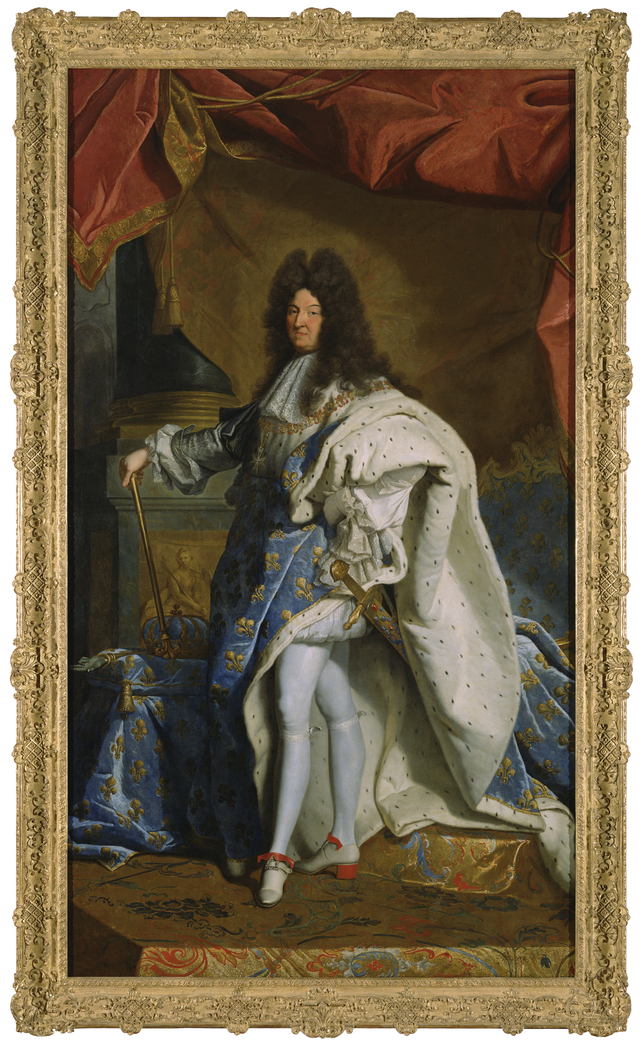 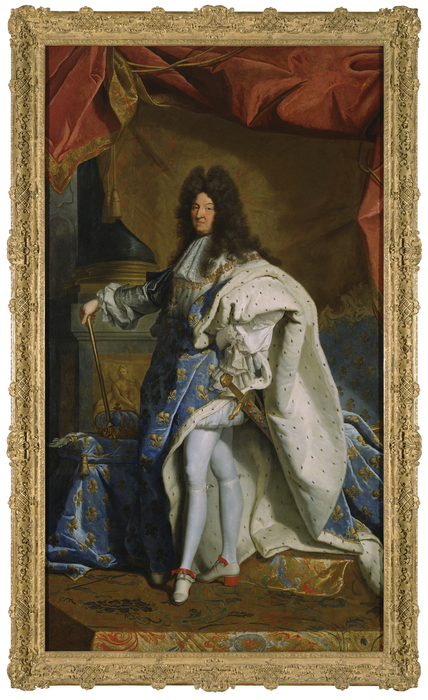 1701
Louis XIV's court adored Hyacinthe Rigaud, who helped to formulate what a state portrait should be. While Rigaud made a credible likeness of the king, his purpose was not to express Louis's character but to glorify the monarchy. His original Portrait of Louis XIV of 1701, now in the Louvre, was so popular that Rigaud had many copies made, both in full and half-length formats, often with the help of assistants.

In this portrait from Rigaud's workshop, Louis XIV's ceremonial robes, elegant stance, and haughty expression proclaim his exalted status. Despite the vast expanses of canvas he covered, Rigaud remained concerned with the particular, describing the king's costume in great detail, even down to his shoe buckles.

License:
Courtesy of The Getty
For more:
http://www.getty.edu/art/collection/objects/547/after-hyaci…