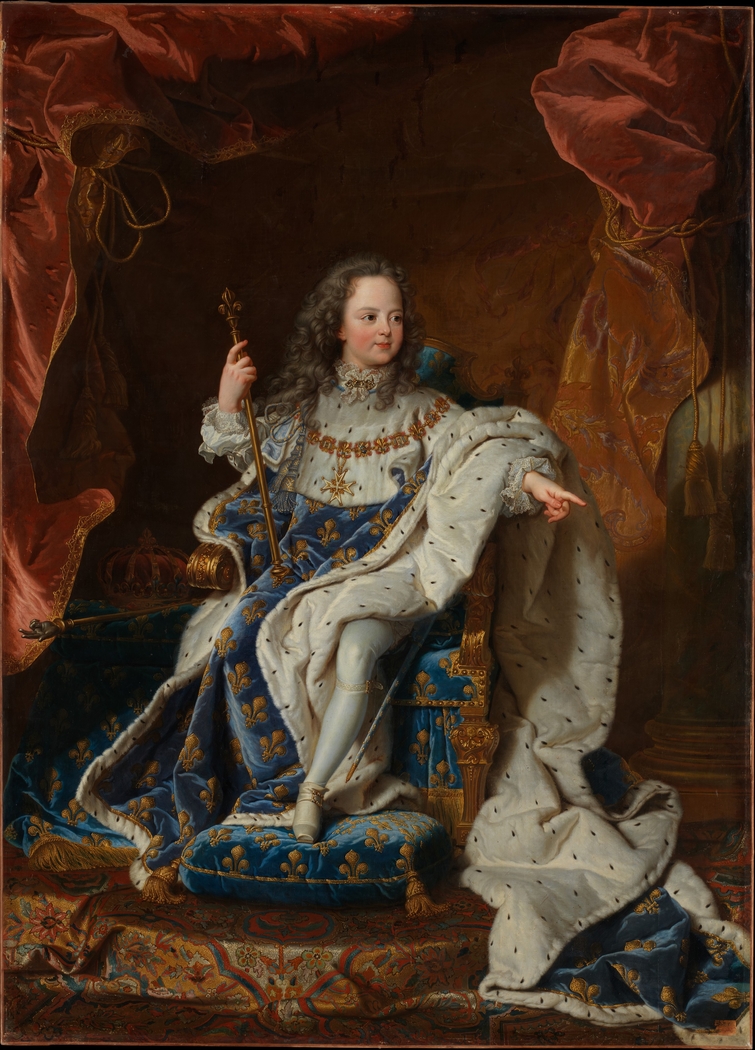 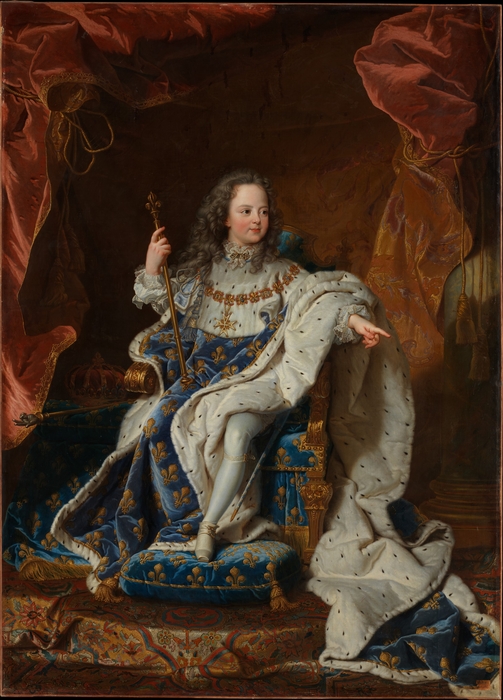 1660 - 1665
Louis XV succeeded to the throne of France in 1715 upon the death of his great-grandfather, Louis XIV, who had reigned for more than seventy years. The five-year-old boy was the only surviving son of Louis, duc de Bourgogne, and Marie Adélaïde de Savoie, both of whom had died of smallpox in 1712. The canvas is one of many versions of Rigaud’s first official portrait of Louis XV, which was commissioned by the regent, the duc d’Orléans, for the palace of Versailles. (Source: The Metropolitan Museum of Art)

License:
Courtesy of The Metropolitan Museum of Art
For more:
https://www.metmuseum.org/art/collection/search/437464