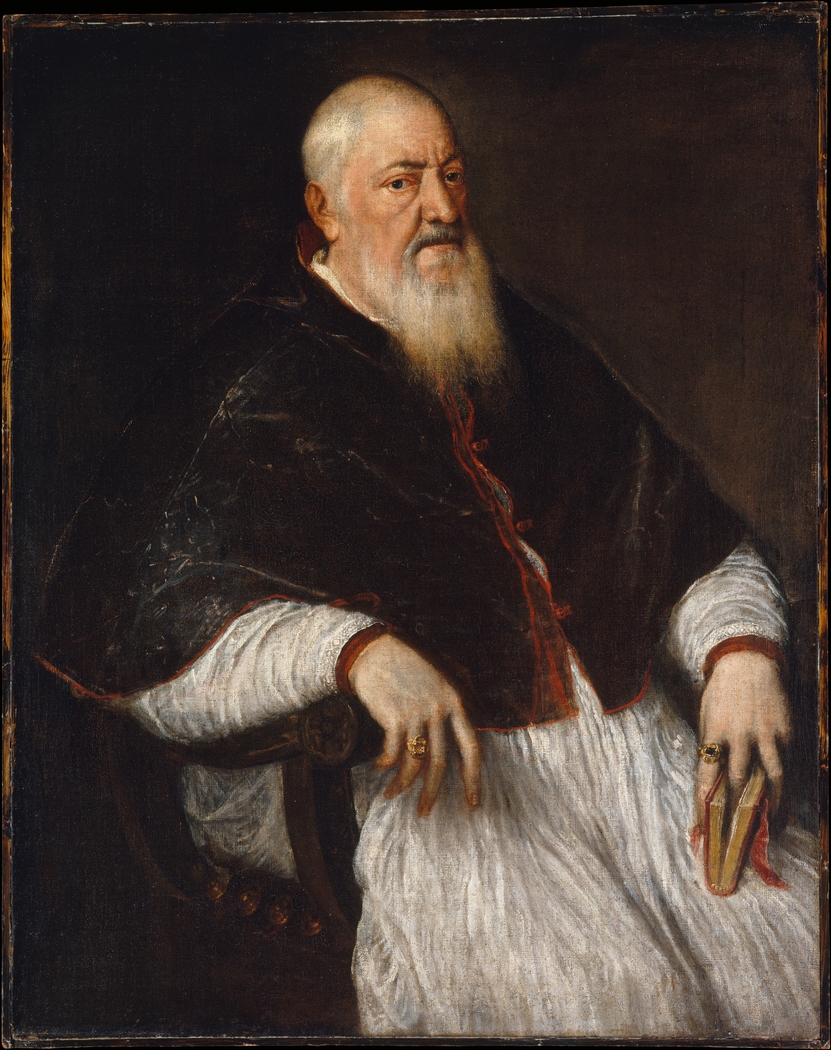 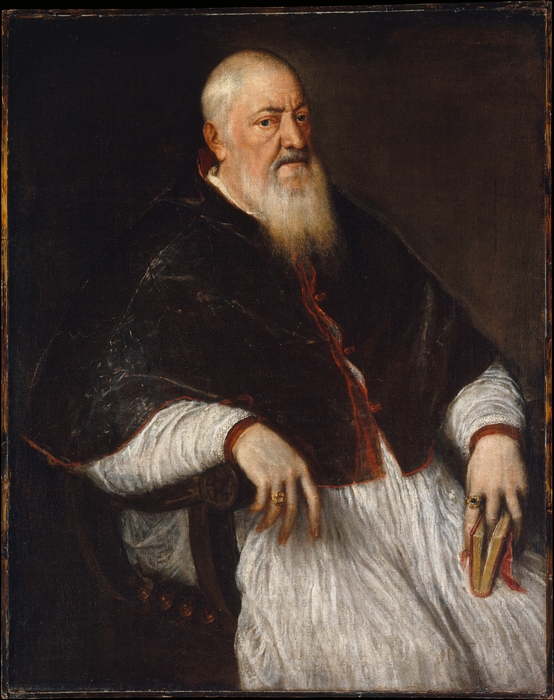 1552 - 1558
The Milanese Filippo Archinto was a remarkable Catholic cleric who attended the Council of Trent and zealously fought against heresy. Titian painted him when Archinto served as papal nuncio in Venice. Soon afterwards, he was confirmed as Archbishop of Milan, but intrigue worthy of the theater kept him from taking up his role and he died in exile. Titian’s portrayal of him is subtle, capturing the power of the sitter’s personality and intelligence, and suggesting the textures of his white gown and deep red mozzetto, or cape, with lively brushstrokes. (Source: The Metropolitan Museum of Art)

License:
Courtesy of The Metropolitan Museum of Art
For more:
https://www.metmuseum.org/art/collection/search/437823