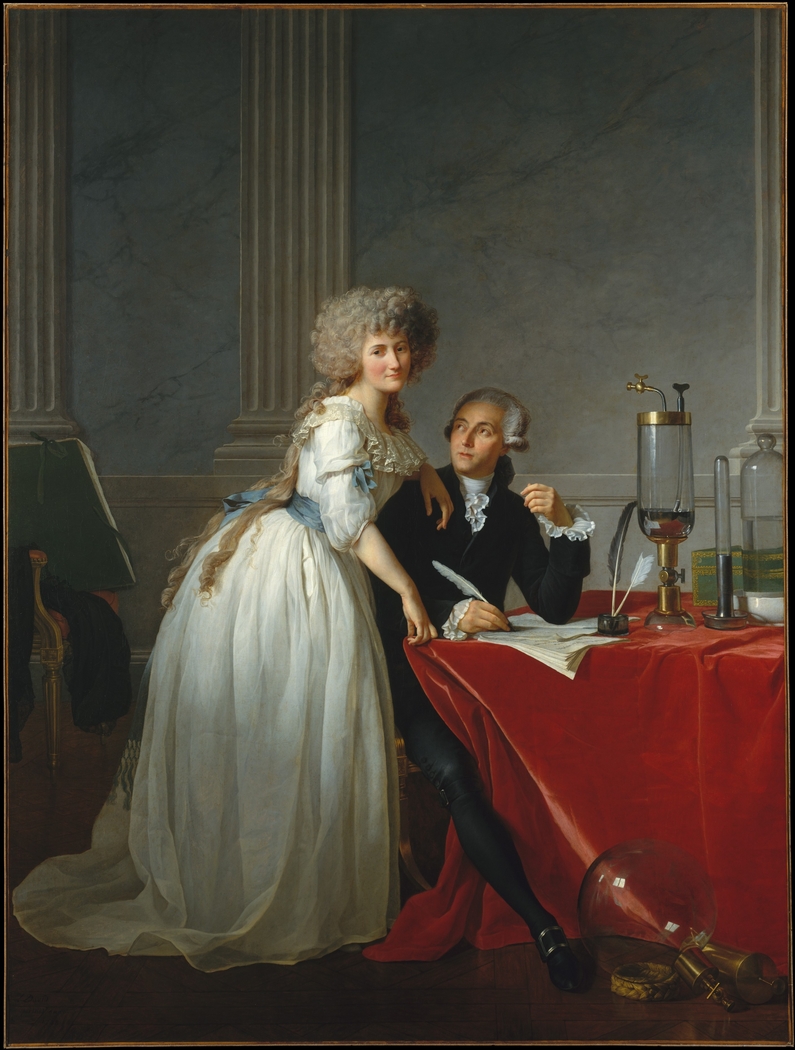 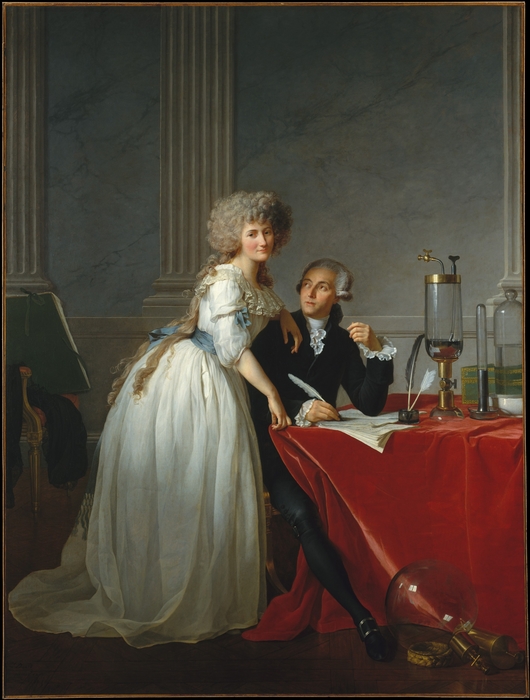 Portrait of Antoine-Laurent Lavoisier and his wife

1788
This magnificent double portrait dates to 1788, when the artist was the standard-bearer of French Neoclassicism. For political reasons, Lavoisier was obliged to withdraw it from the 1789 Salon, and it was not exhibited for a century. Lavoisier was a chemist and famous for his pioneering studies of gunpowder, oxygen, and the chemical composition of water. In 1789 he published a chemistry textbook illustrated by his wife. Despite his services to both the monarchy and the revolutionary regime, he was guillotined. (Source: The Metropolitan Museum of Art)

License:
Courtesy of the Metropolitan Museum of Art
For more:
https://www.metmuseum.org/art/collection/search/436106