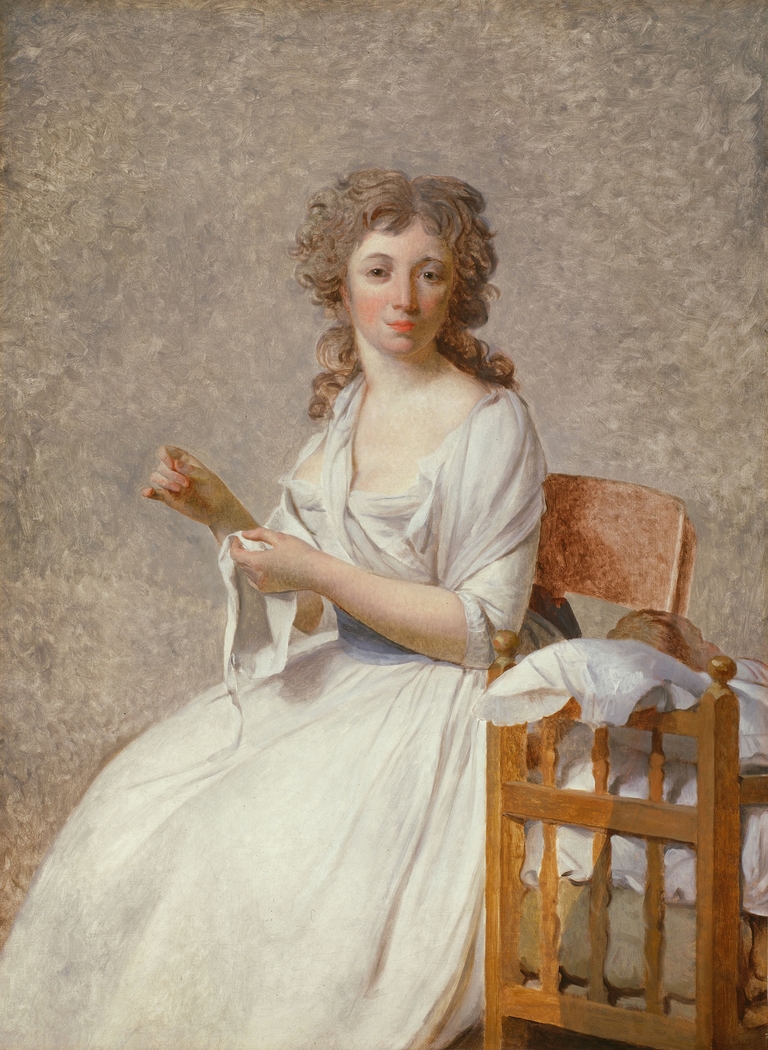 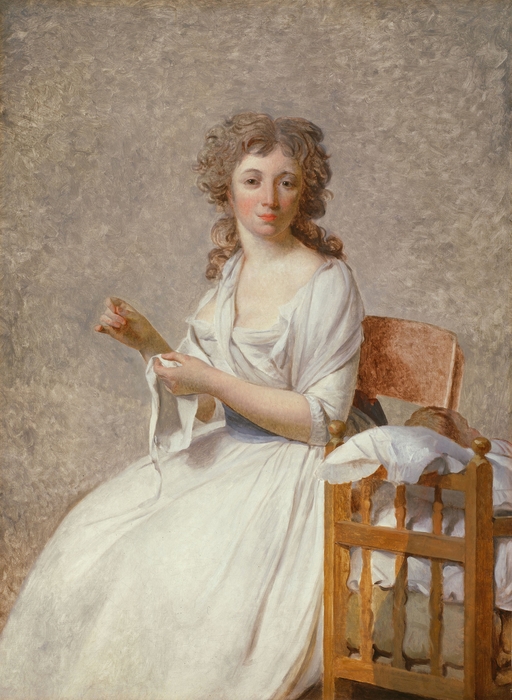 Madame de Pastoret and Her Son

1791 - 1792
The volatile events of the early years of the French Revolution make it impossible to determine with certainty the date of Jacques-Louis David’s warm, fresh portrait of Adélaïde de Pastoret. They also probably account for the portrait’s unfinished state. David, a renowned Neoclassical painter, was at the time an ardent revolutionary; Madame de Pastoret was the wife of a staunch royalist. The sittings must have occurred after the birth, early in 1791, of her son, who is portrayed asleep by her side, and before her brief imprisonment during the Reign of Terror in 1792. Here David completed the stippled, almost monochromatic underpainting but did not create the stark, enamel-smooth surface that is characteristic of his finished paintings. He did not even get far enough to place a needle and thread in Madame de Pastoret’s hand. Nevertheless, this large portrait of unaffected domesticity captures the youthful mother with charm as well as dignity and displays David’s skill as a portraitist. Objecting to David’s revolutionary ideals, Madame de Pastoret (who became the Marquise de Pastoret in 1817) refused the painting during the artist’s lifetime. After David’s death, she had her son, by then an adult, purchase the portrait from the artist’s estate.

License:
Courtesy of the Art Institute of Chicago
For more:
https://www.artic.edu/artworks/27307/madame-de-pastoret-and…