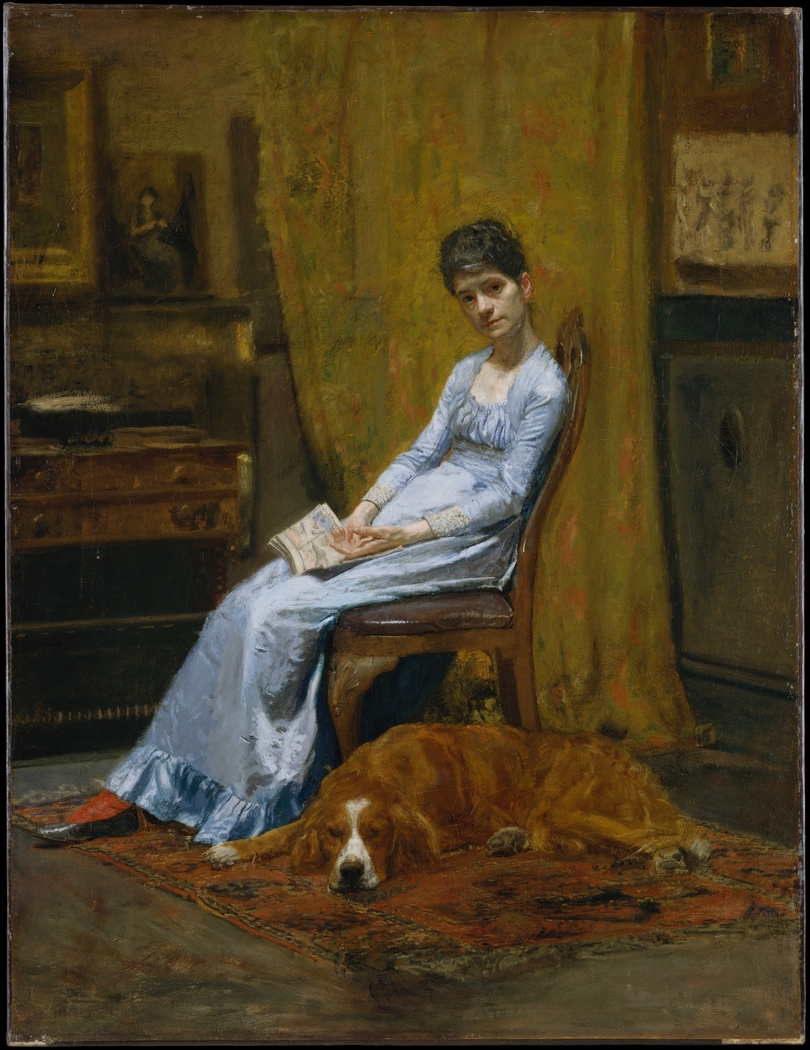 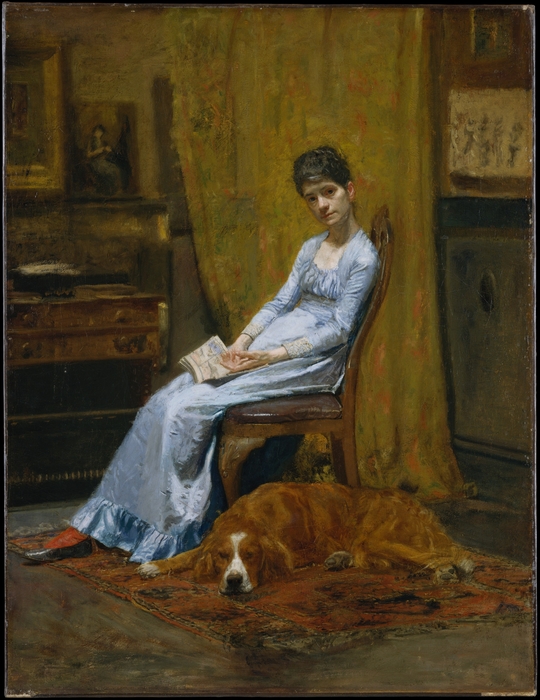 The Artist's Wife and His Setter Dog

1884 - 1889
Eakins began this portrait shortly after his marriage in January 1884 to his former student, Susan Hannah Macdowell (1851–1938), a talented painter and photographer. The setting is his studio at 1330 Chestnut Street in Philadelphia, where the couple—and their dog, Harry—lived from 1884 to 1886. A photogravure of the painting from 1886 reveals a more robust woman, suggesting that Eakins reworked the portrait, amplifying the effect of the skylight’s illumination. The alterations may have reflected Eakins’s anguish over his controversial dismissal from the school of the Pennsylvania Academy of the Fine Arts, partly for removing the loincloth from a male model in a co-ed class.
(Source: Metropolitan Museum of Art)

License:
Courtesy of the Metropolitan Museum of Art
For more:
https://www.metmuseum.org/art/collection/search/10811