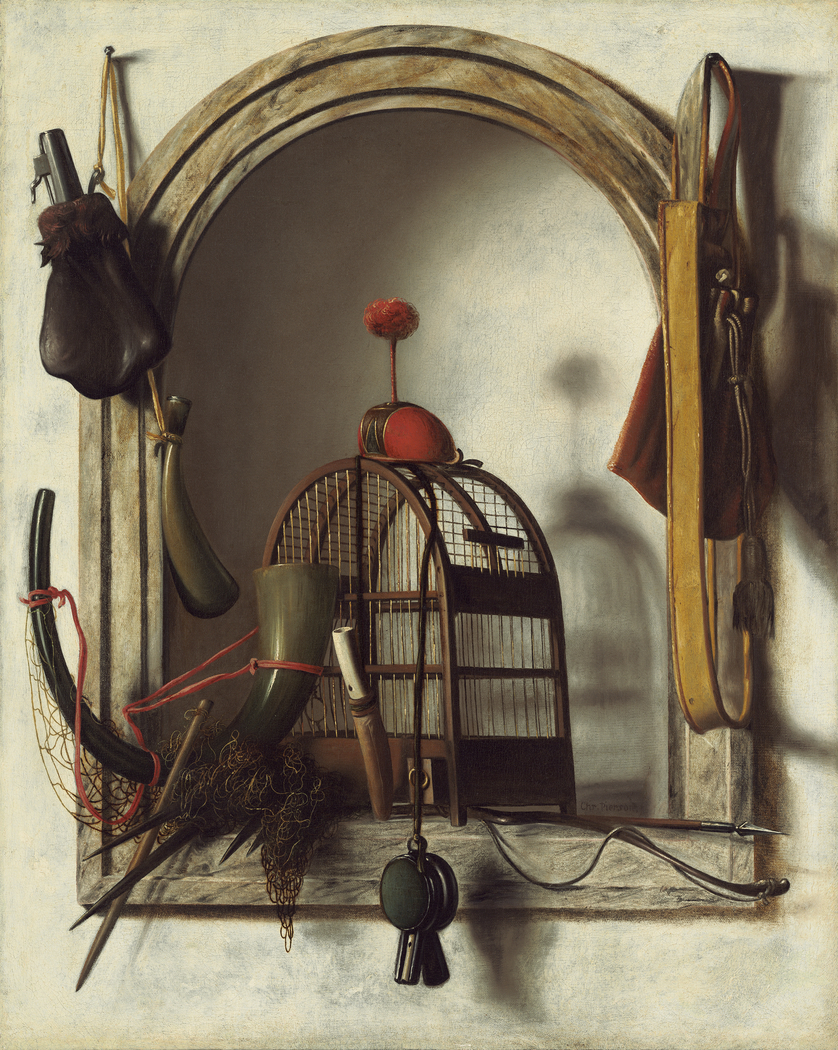 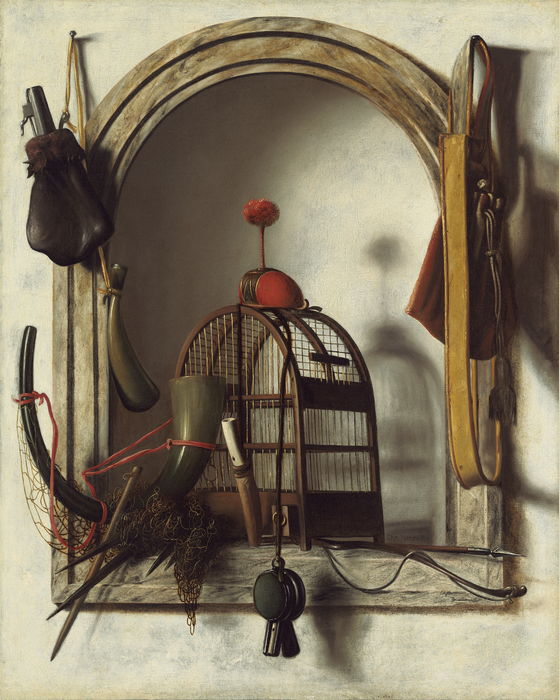 1660
Born and trained in The Hague, Christoffel Pierson was one of the first artists to specialize in illusory images of hunting gear. Hunting was a popular activity for Dutch nobility throughout the seventeenth century. The Hague, where the Princes of Orange had their courtly residence and where the States General convened, became the center of a growing culture of hunting that spawned this new genre of painting around mid-century. Pierson, who painted a number of trompe l'oeil hunting pieces with falconry elements, emphasized three-dimensional effects with illusionistically painted frames and niches.

In Niche with Falconry Gear, Pierson has arranged various pieces of hunting equipment in and around a wooden-framed niche set into a white stucco wall. In the arched niche he has placed a hunting horn, a net, a bow and arrow, and a small birdcage surmounted by a falcon's hood with a red plume. Two different types of whistles hang from the cage. A powder bag and powder horn are suspended to the left of the niche, and a shoulder bag hangs to the right. His strong contrasts of light and shade enliven the image and strengthen the sense that bright daylight floods the scene.

Note by the contributor, Emily Wilkinson:
Still-life painting was very popular during the Dutch Golden Age, and this artwork is typical in that regard. Depicting an elaborate arrangement of falconry equipment, the painting serves as a technical, aesthetic and symbolic exercise.