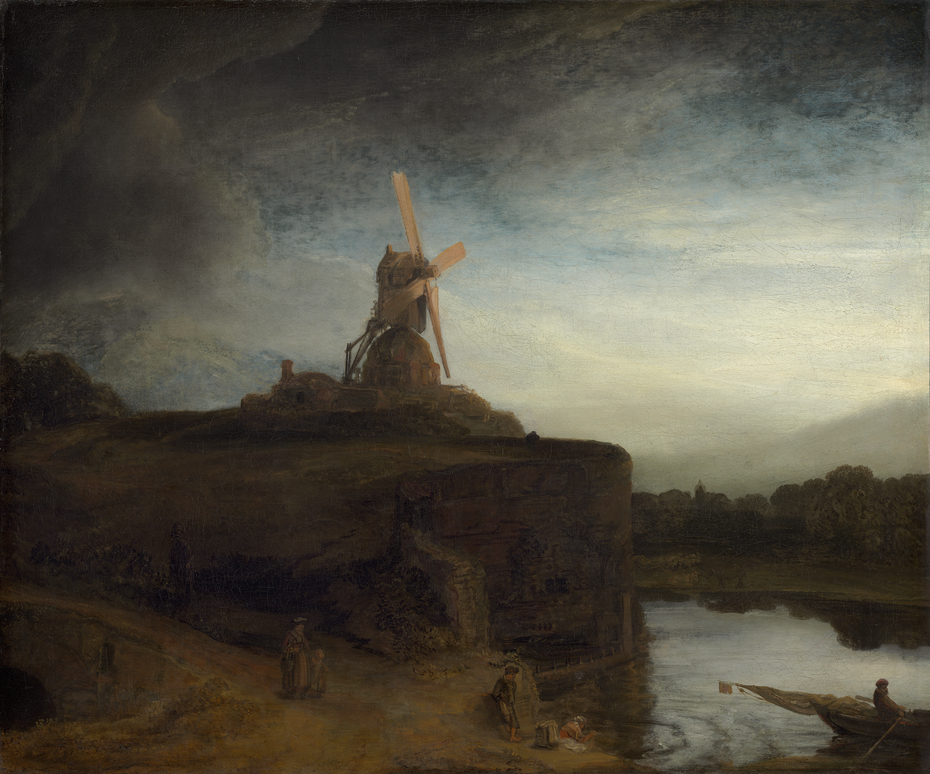 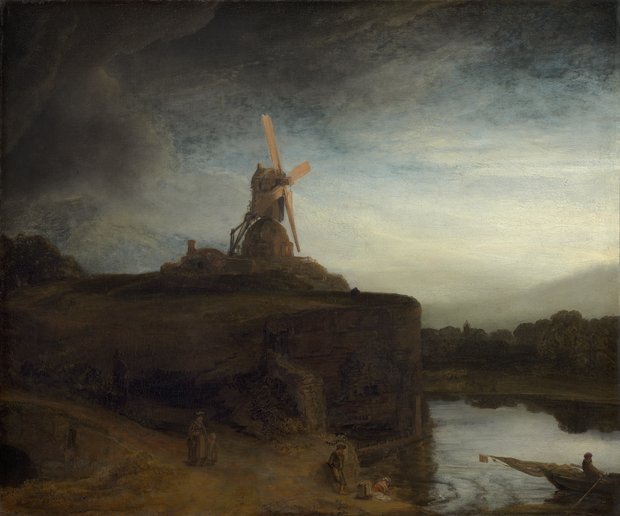 1648
After learning the fundamentals of drawing and painting in his native Leiden, Rembrandt van Rijn went to Amsterdam in 1624 to study for six months with Pieter Lastman (1583–1633), a famous history painter. Upon completion of his training Rembrandt returned to Leiden. Around 1632 he moved to Amsterdam, quickly establishing himself as the town’s leading artist, specializing in history paintings and portraiture. He received many commissions and attracted a number of students who came to learn his method of painting.

Nineteenth-century connoisseurs considered Rembrandt’s painting of The Mill to be one of the master’s greatest creations. They celebrated the dramatic silhouette of the post-mill against a dark, stormy sky, unaware that the romantic aura and rich golden tone of the scene were caused by darkened and discolored varnish. They attributed the heavy atmosphere to Rembrandt’s frame of mind in the period of the mid-1650s, when he encountered severe financial difficulties. The restoration of the painting in 1977–1979 removed the old varnish, thereby changing the painting’s symbolic character. Under the blue and steel-gray sky, the bright sails on the vanes draw the viewer’s eyes to the mill, which is perched on a bulwark to take advantage of the additional height. Although it is possible that Rembrandt based this scene on his father’s mill on the ramparts of Leiden, he imaginatively conceived the scene to symbolically portray the mill as a guardian, protecting the land and its people.