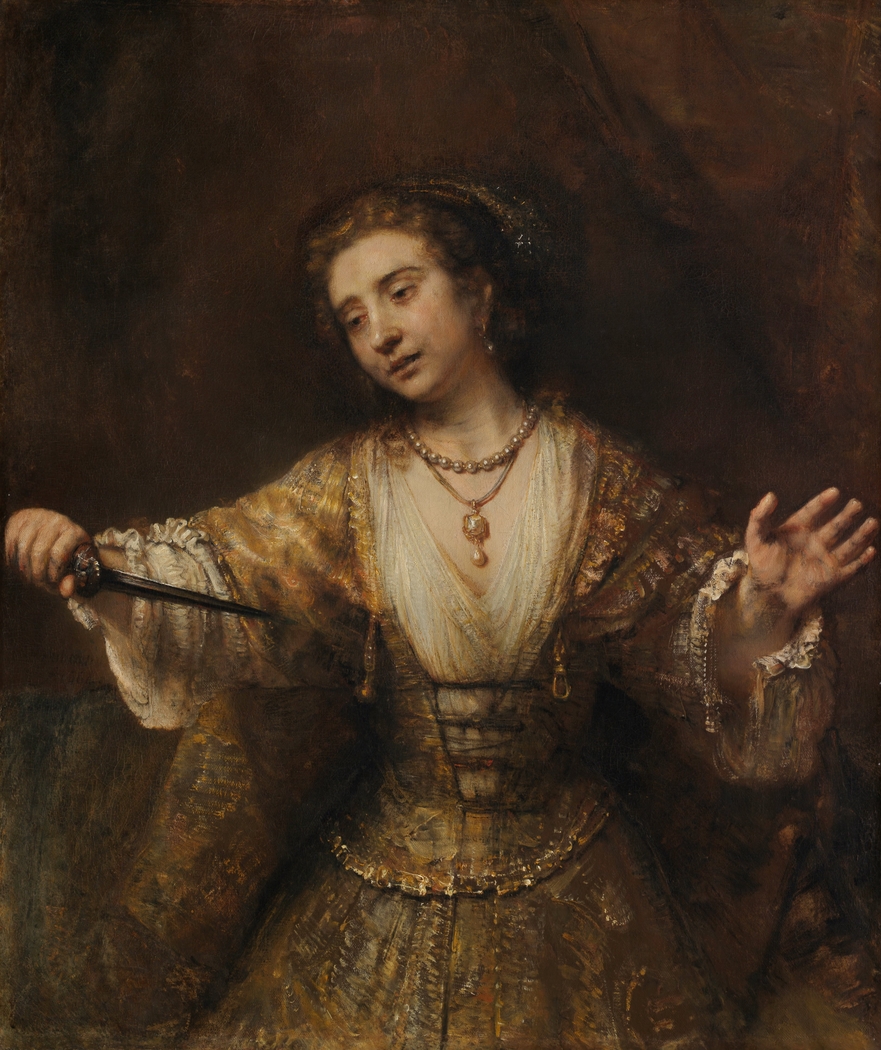 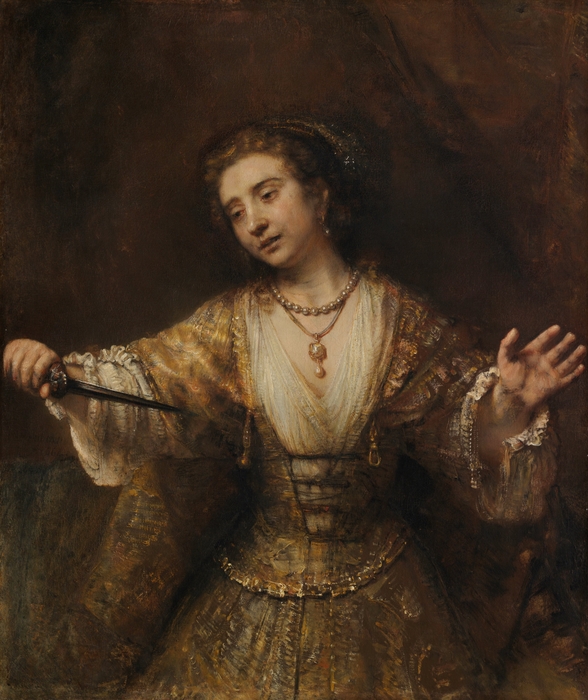 1664
After learning the fundamentals of drawing and painting in his native Leiden, Rembrandt van Rijn went to Amsterdam in 1624 to study for six months with Pieter Lastman (1583–1633), a famous history painter. Upon completion of his training Rembrandt returned to Leiden. Around 1632 he moved to Amsterdam, quickly establishing himself as the town’s leading artist. He received many commissions for portraits and history paintings, and attracted a number of students who came to learn his method of painting.

The tragic story of Lucretia, recounted by Livy, took place in Rome in the sixth century BC during the reign of the tyrannical ruler Tarquinius Superbus. Rembrandt portrays Lucretia in utter anguish, right before her act of suicide. The tension surrounding that awful moment poignantly captures the moral dilemma of a woman forced to choose between life and honor.

Lucretia's husband, Collatinus, had boasted to his fellow soldiers that her loyalty and virtue were greater than that of their wives. Taking him up on the challenge, the men immediately rode to Rome where they discovered Lucretia and her handmaidens spinning wool. Lucretia's very virtue enflamed the desire of Sextus Tarquinius, son of the tyrant, who secretly returned to the house a few days later. Lucretia received him as an honored guest, but he later betrayed that hospitality by entering her chamber and threatening to kill her if she did not yield to him. The next day Lucretia summoned her father and husband, disclosed what had happened, and told them that, even though they deemed her an innocent victim, she was determined to end her life in order to reclaim her honor. Lucretia then drew a knife from her robe, drove it into her heart, and died. Overwhelmed by grief and anger, Lucretia’s father, her husband, and two accompanying friends swore to avenge her death. Lucretia's rape and death triggered a revolt that led to the overthrow of monarchical tyranny and the creation of the Roman Republic.