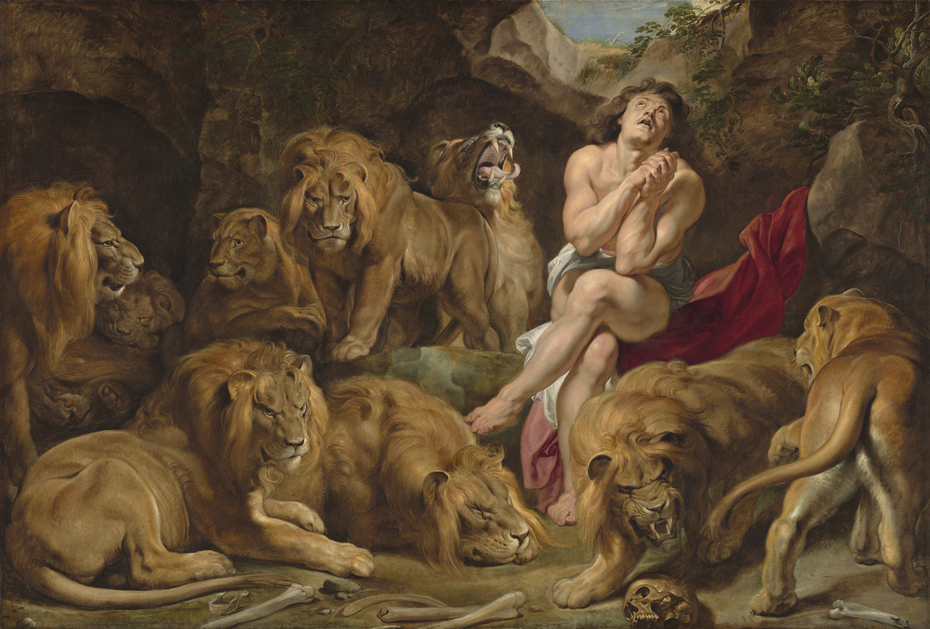 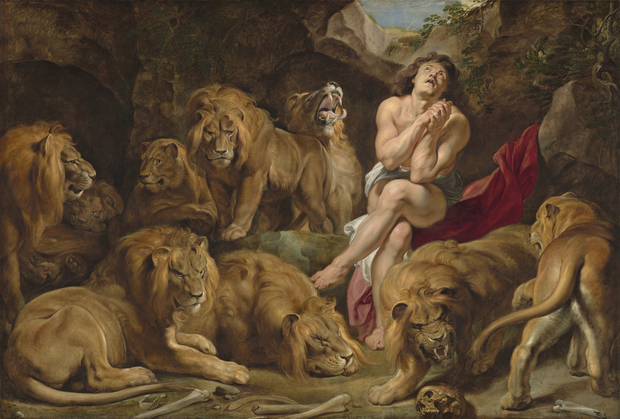 Daniel in the Lions' Den

1614 - 1616
The Old Testament prophet Daniel, as chief counselor to the Persian king Darius, aroused the envy of the other royal ministers. Conspiring against the young Hebrew, they forced the king into condemning Daniel to a den of lions. The following dawn Darius, anxious about his friend, had the stone that sealed the entrance rolled away to discover Daniel had been miraculously saved. Rubens depicted this deliverance when, as the beasts squint and yawn at the morning light streaming into their lair, Daniel gives thanks to his God.

The monumental size of the ten lions and their placement close to the viewer heighten the sense of immediacy. Within the asymmetrical, baroque design, Daniel is the focal point even though his position is off-center. Against the brown tones of animals and rocks, his pale flesh is accented by his red and white robes as well as by the blue sky and green vines overhead.

In 1618, Rubens traded Daniel along with eight other paintings and some cash for a collection of over a hundred ancient Roman busts and statues—the prize material of any art gallery in that era. During the transaction, Rubens described this canvas as: "Daniel among many lions, taken from life. Original, entirely by my hand." The North African lions Rubens used as his models were kept in the royal menagerie at Brussels. The Gallery has in its collection a study for the lion facing the viewer, standing to Daniel's right. (This Moroccan species, now extinct in the wild, may be seen at Washington's National Zoo.) 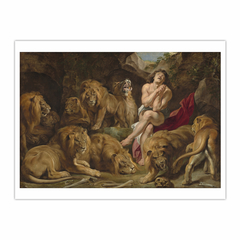