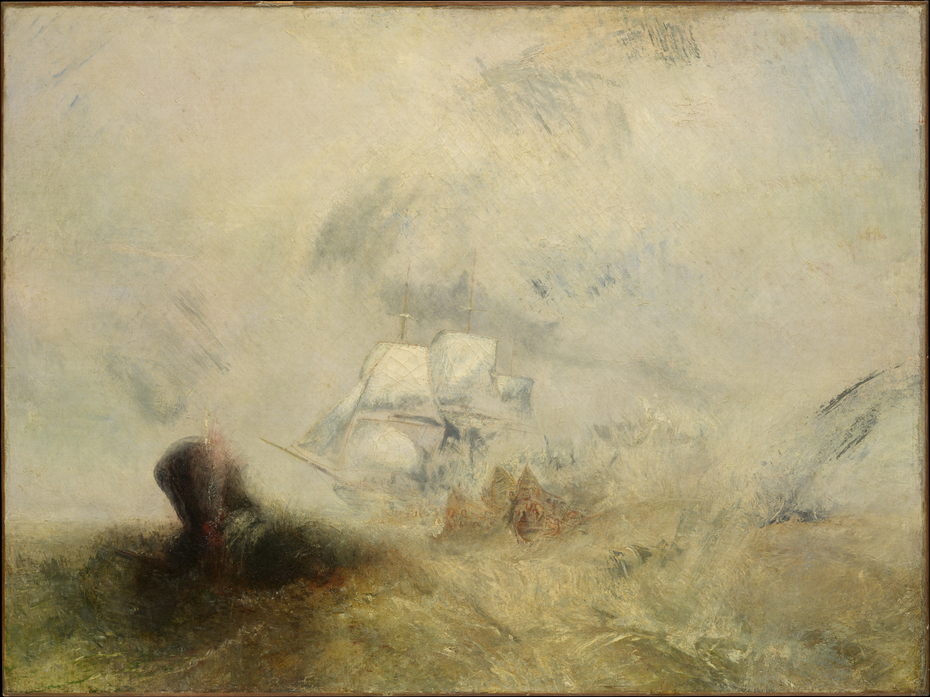 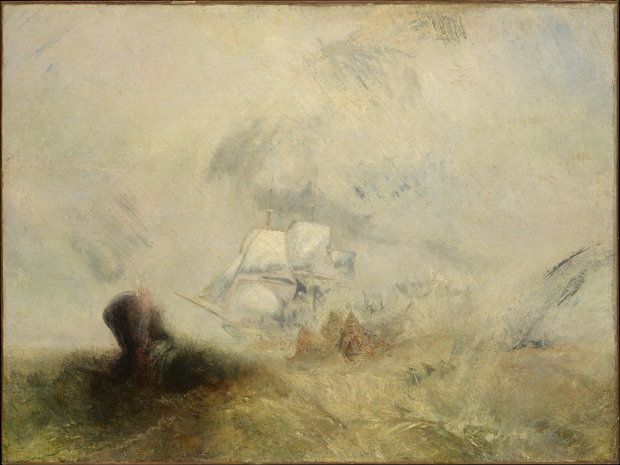 1845
Turner was seventy years old when Whalers debuted to mixed reviews at the Royal Academy exhibition of 1845. Its subject proved elusive, as the English novelist William Thackeray observed: "That is not a smear of purple you see yonder, but a beautiful whale, whose tail has just slapped a half-dozen whale-boats into perdition; and as for what you fancied to be a few zig-zag lines spattered on the canvas at hap-hazard, look! they turn out to be a ship with all her sails." Apparently Turner undertook the painting—which was returned to him—for the collector Elhanan Bicknell, who had made his fortune in the whale-oil business. (Source: The Metropolitan Museum of Art)

License:
Courtesy of the Metropolitan Museum of Art
For more:
https://www.metmuseum.org/art/collection/search/437854