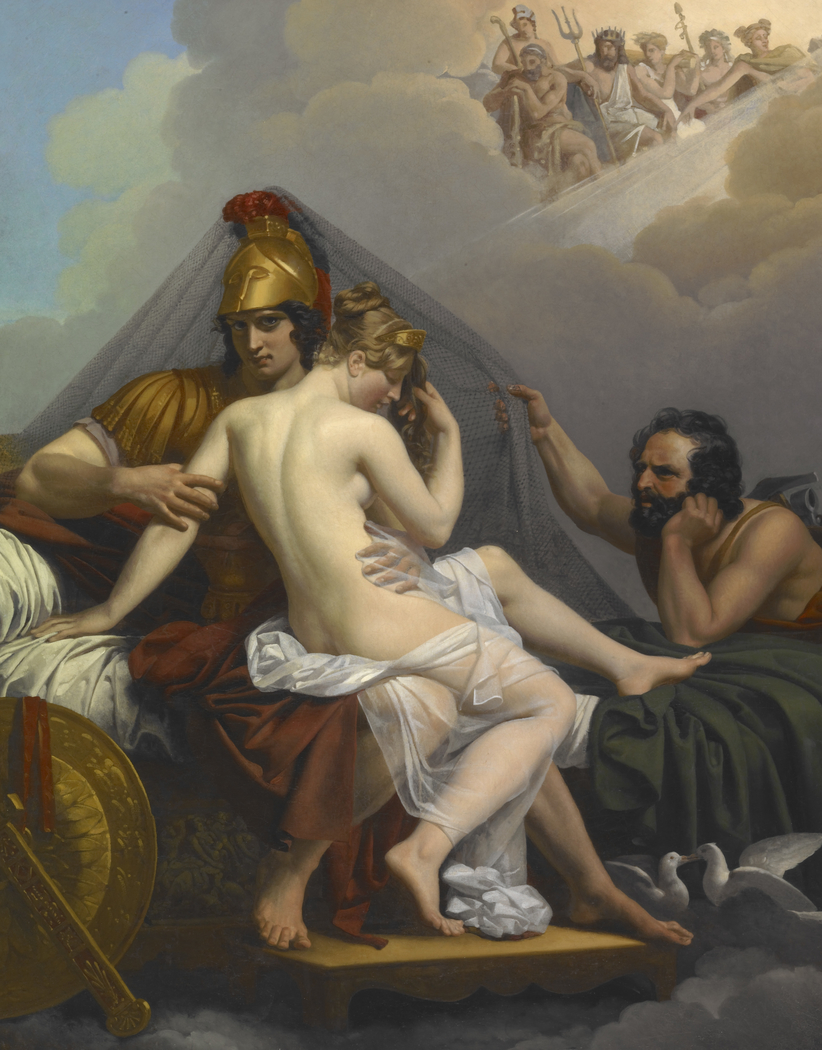 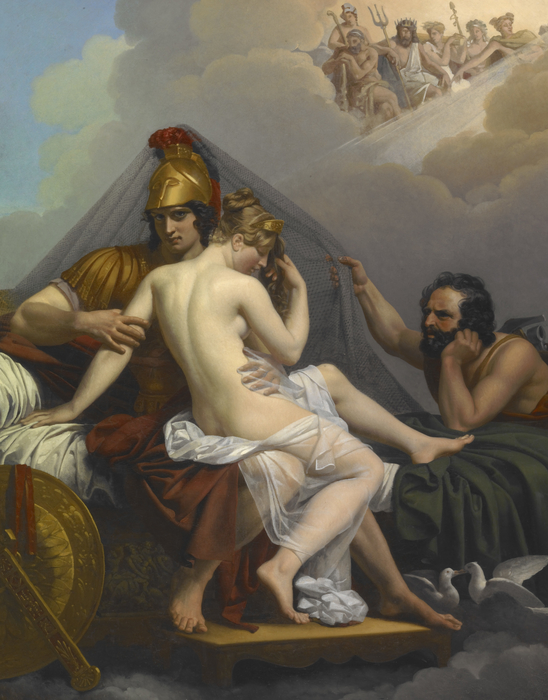 Mars and Venus Surprised by Vulcan

1827
Gallery label:
Like the renowned painter Ingres, Guillemot was a student of the Neoclassicist Jacques-Louis David and remained his faithful follower. During their era, French academic painters turned to Greek and Roman myths for subject matter. This picture, which was accepted for the Salon of 1827, illustrates the story of Vulcan, Roman god of metalworking, snaring his adulterous wife with her lover, Mars. Guillemot lavished attention on Venus's sinuous pose and the careful shading of her body, the central focus of his composition. [source]

Size:
57-1/2 x 44-3/4 in
Medium:
Oil on canvas
License:
Public Domain, Courtesy of the Indianapolis Museum of Art
For more:
http://collection.imamuseum.org/artwork/56220/