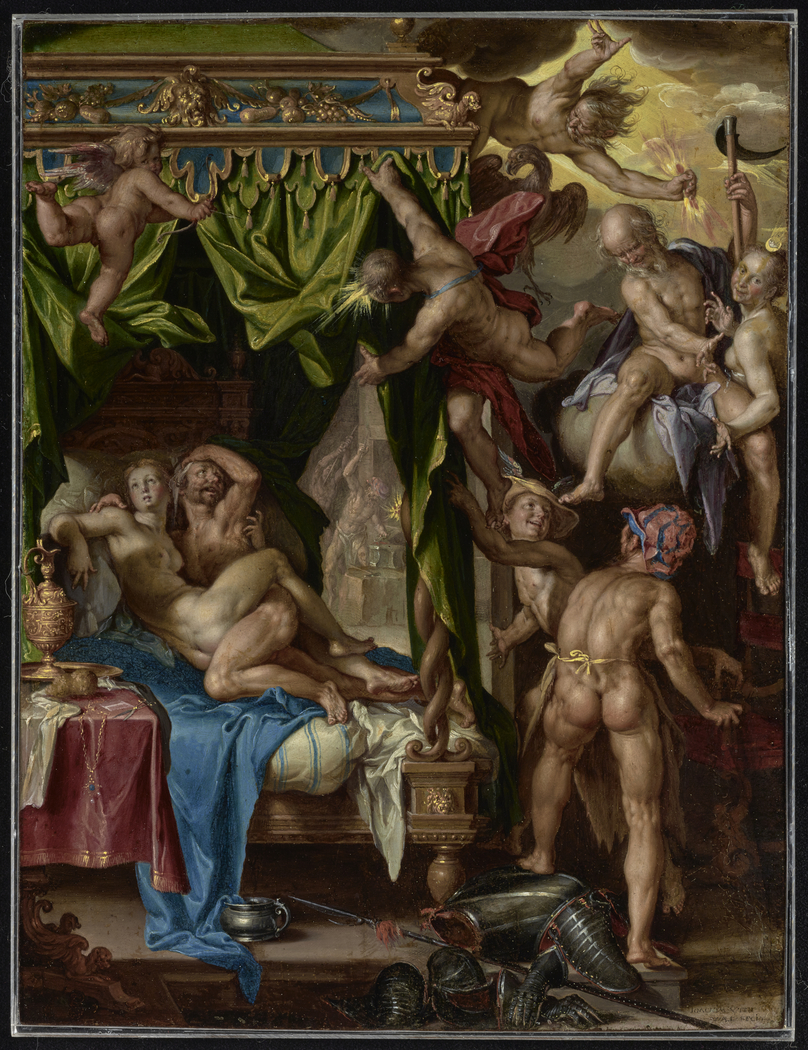 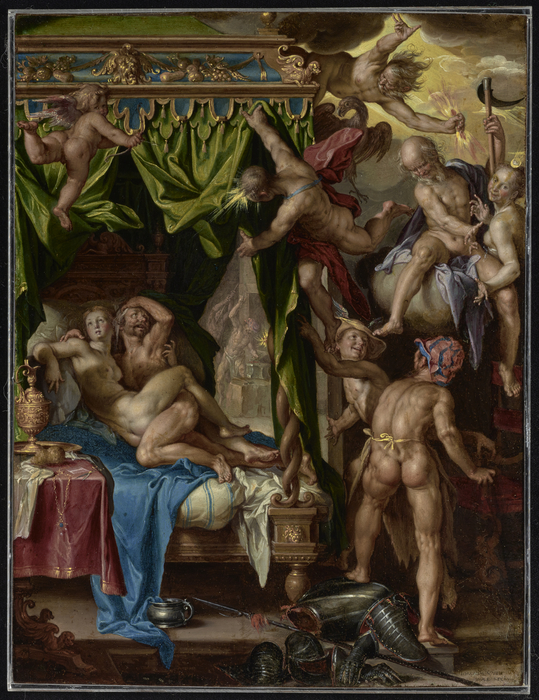 Mars and Venus Surprised by Vulcan

1604 - 1608
In the Metamorphoses, the Roman author Ovid tells the story of how the lovers Venus and Mars were surprised by Venus's husband, Vulcan. Vulcan, a blacksmith, forged an invisible bronze net, which he secretly attached to Mars's bed. Here Vulcan stands upon Mars's armor, discarded at the right, while Cupid and Apollo hover above, drawing back the green canopy to reveal the astonished lovers in an embrace. Other gods and goddesses also gather to witness and mock the adulterous couple. In a scene beyond the bed, Vulcan hammers his net at the forge.

License:
Courtesy of The Getty
For more:
http://www.getty.edu/art/collection/objects/715/joachim-ant…