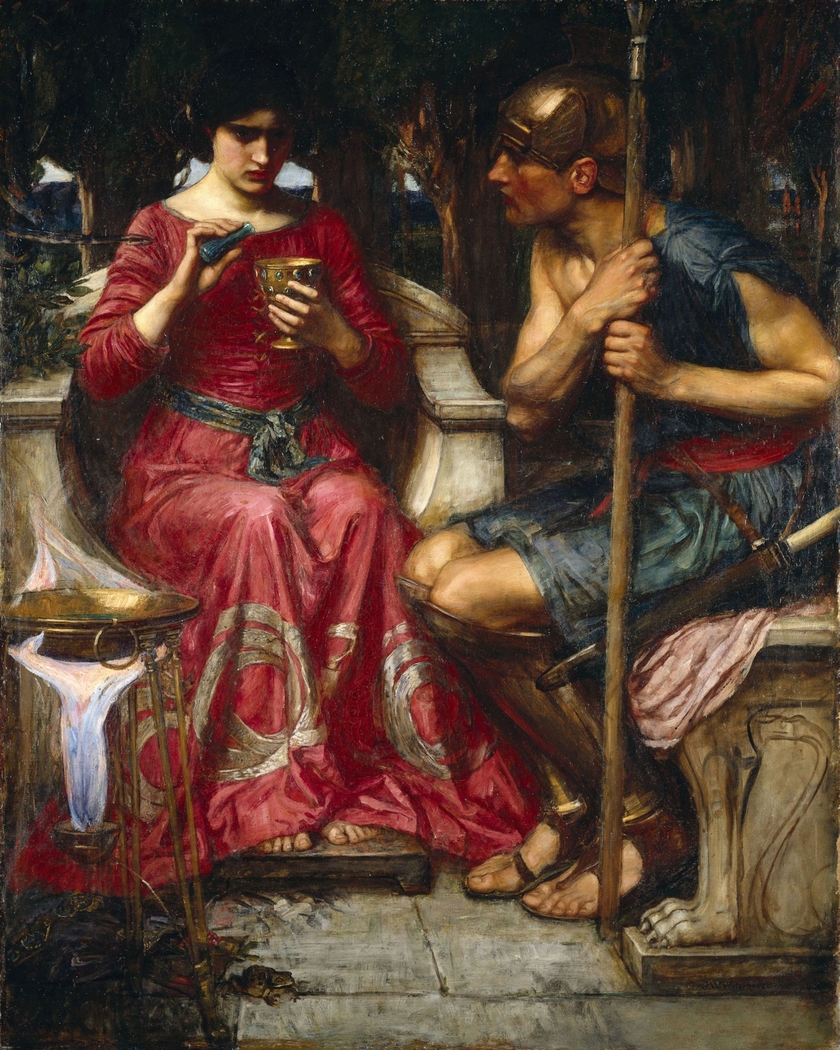 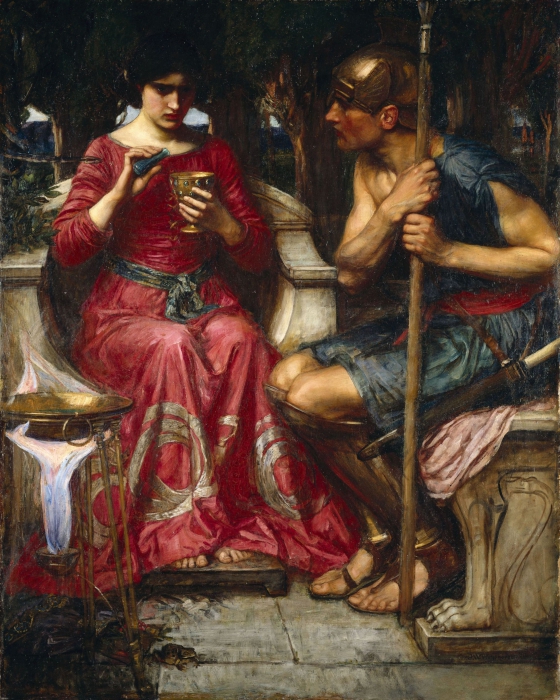 The painting shows Medea preparing a magic potion for Jason to enable him to complete the tasks set for him by her father Aeëtes.
Medea (Greek: Μήδεια, Mēdeia) is a woman in Greek mythology. She was the daughter of King Aeëtes of Colchis, niece of Circe, granddaughter of the sun god Helios, and later wife to the hero Jason, with whom she had two children: Mermeros and Pheres. In Euripides's play Medea, Jason leaves Medea when Creon, king of Corinth, offers him his daughter, Glauce. The play tells of how Medea gets her revenge on her husband for this betrayal.
Medea is known in most stories as an enchantress and is often depicted as being a priestess of the goddess Hecate or a witch. The myth of Jason and Medea is very old, originally written around the time Hesiod wrote the Theogony. It was known to the composer of the Little Iliad, part of the Epic Cycle.

License:
This image may be subject to copyright.
For more:
http://en.wikipedia.org/wiki/Jason_and_Medea