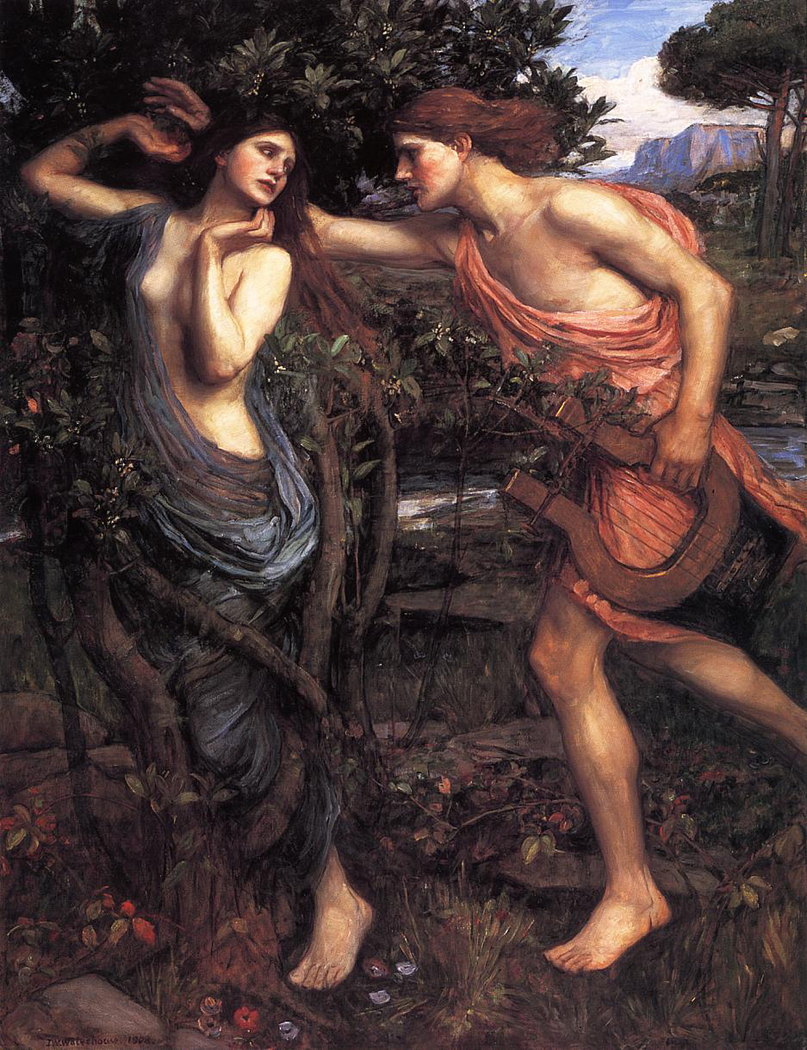 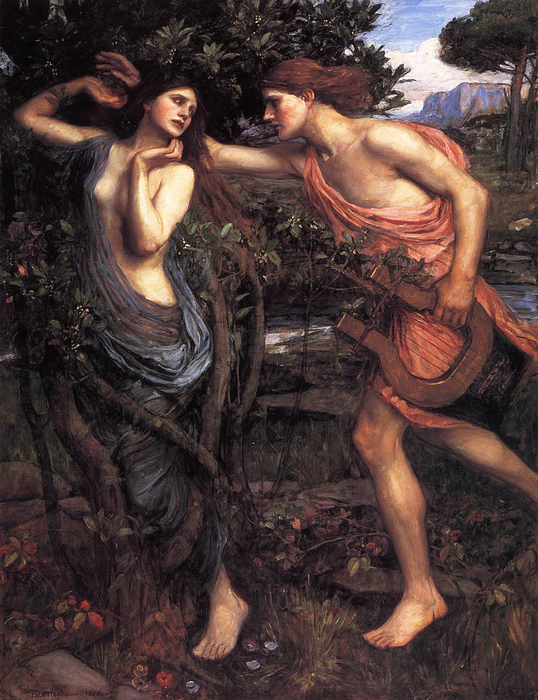 1908
According to the ancient Greek myth, Apollo was a great archer, but one day he caught sight of Eros, the son of Aphrodite. He was also an archer, and his arrows were responsible for turns of love and lust in a person's heart. Apollo teased young Eros, putting down his abilities as an archer, claiming that one so small could make no difference with his arrows.

Daphne was the daughter of the river god Peneus. Apollo chased down the maiden, desperate for her love, but she did not respond to his feelings, and ran from him endlessly. Soon, she grew weary in her running and that Apollo would ultimately catch her. Fearful, she called out to her father for help. As all gods of water posses the ability of transformation, Peneus transformed his daughter into a laurel tree. Suddenly her legs took root, and her arms grew into long and slender branches.

Apollo reached the laurel tree, and, still enamored with Daphne, held the tree in a special place in his heart. He claimed the tree as his special tree, and adorned himself with some of it's leaves. And that is why the laurel was, and still is, a symbol of the god Apollo. 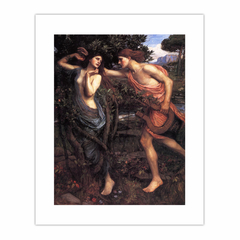