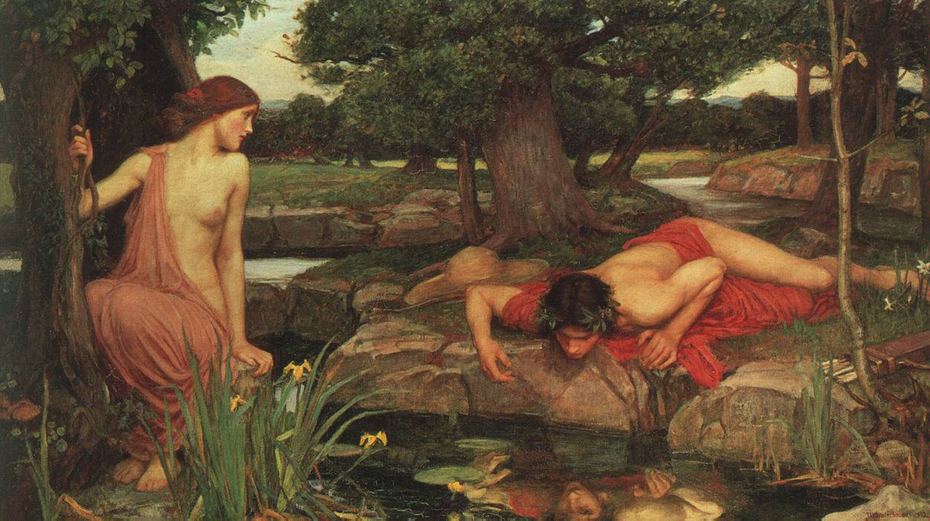 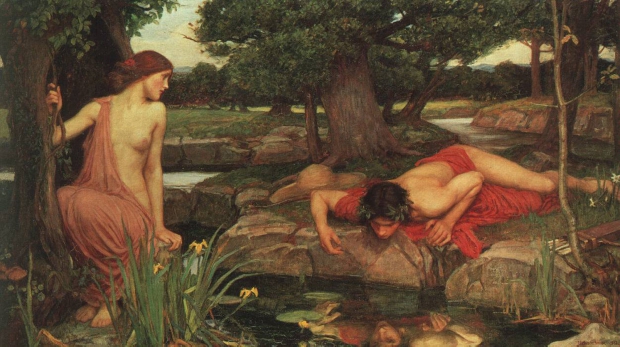 Echo and Narcissus is in the genre of classical mythology. In Ovid's version of the myth, Narcissus was the son of the river god Cephissus and the nymph Liriope. His parents were told that he would live to an old age if he did not look at himself. He rejected all the nymphs and women who fell in love with him. One of these was the nymph Echo, who was so upset by her rejection that she withdrew from life and wasted away until all that was left was a whisper. Her prayers were heard by the goddess Nemesis who caused Narcissus to fall in love with his own reflection. He continued to look at his reflection until he died. A narcissus flower grew on the spot where he died.

License:
This image may be subject to copyright.
For more:
http://allart.biz/photos/image/John_William_Waterhouse_3_Ec…