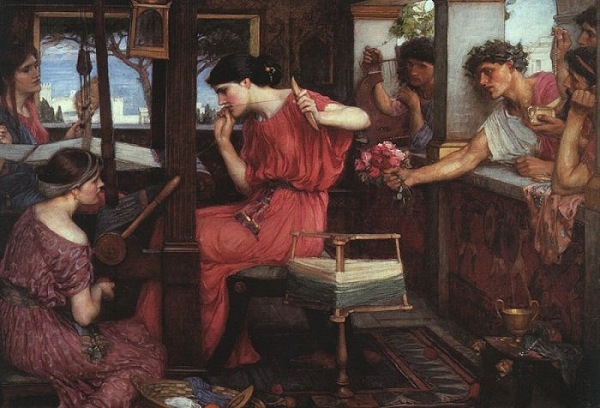 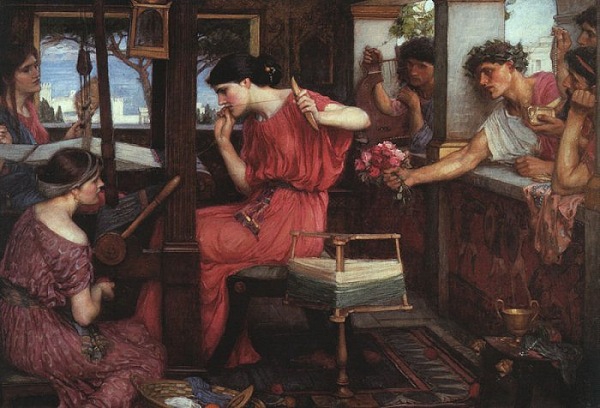 Penelope and the Suitors

While her husband, Odysseus, was absent fighting in the Trojan War, Penelope waited faithfully for him in Ithaca. When he failed to return at the end of the war she was plagued by persistent suitors and, even though she remained aloof, the local noblemen could not be discouraged. Desperate to avoid re-marriage, she conceived the idea of postponing her decision until she had completed weaving a piece of tapestry intended as a shroud for Laertes, Odysseus's father. Every night she unravelled the work she had done during the day thereby prolonging her labour until the return of Odysseus, finally delivered her from the suitors.