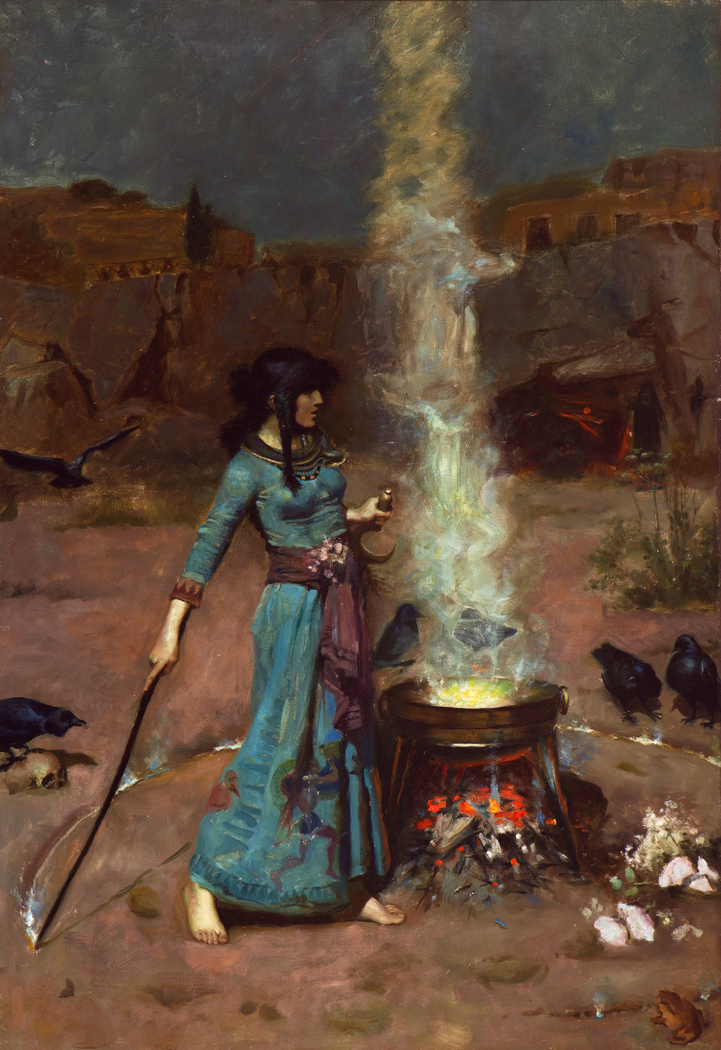 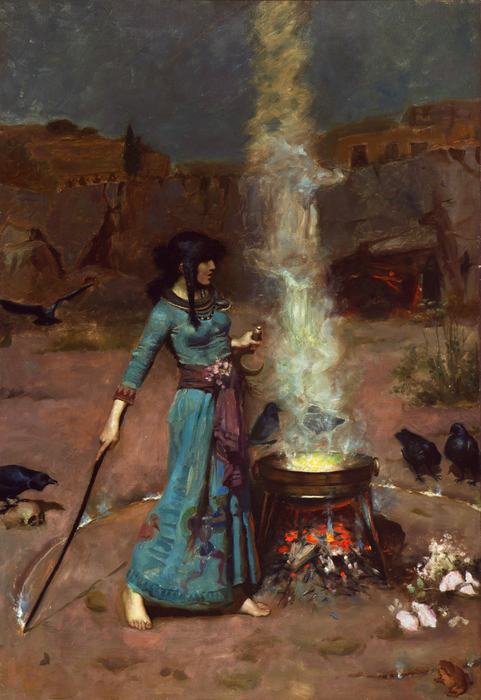 1886
Miracles, magic and the power of prophecy are common themes in Waterhouse's art. More specifically, the notion of woman as enchantress is one that recurs in images such as Circe Offering the Cup to Ulysees (1891, Oldham Art Gallery) and Hylas and the Nymphs (1896, Manchester City Art Gallery). His oeuvre also includes a number of middle-eastern subjects, in which he drew on the work of contemporary artists such as J.F Lewis (1805-76) and Lawrence Alma-Tadema (1836-1912), rather than on actual experience. This is one of Waterhouse's earlier works, and reflects his fascination with the exotic. [Read more...]