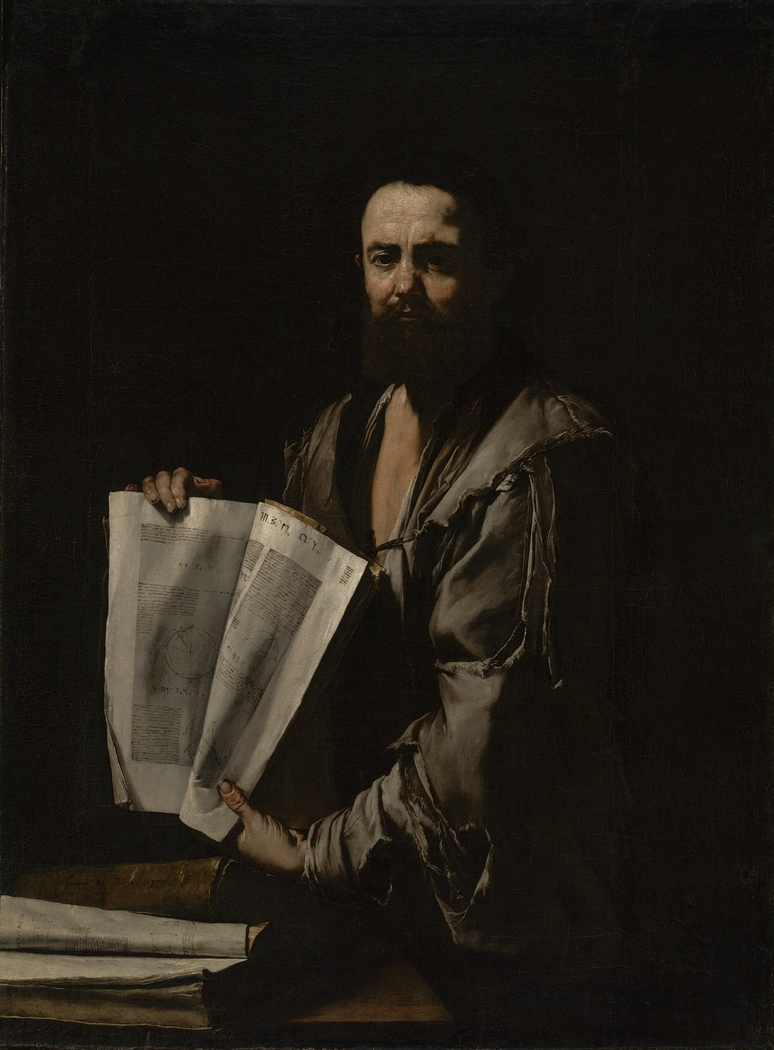 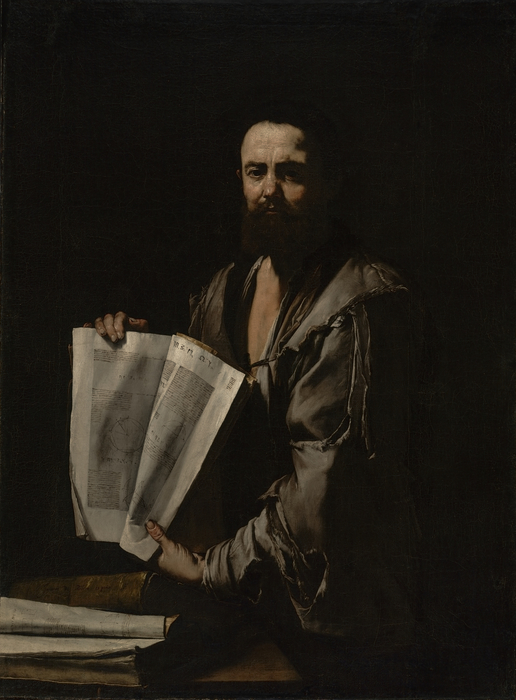 1630 - 1635
Emerging from deep shadows behind a table, a solemn individual stands displaying a well-worn book with various geometric figures, pseudo-Greek characters, and an imaginary script. Jusepe de Ribera paid considerable attention to the man's facial details, from the unkempt beard to the distinctive creases of his high forehead and the irregular folds of the lids above his dark, penetrating eyes. He depicted the wise man with tattered clothes and blackened, grimy fingers to emphasize the subject's devotion to intellectual, rather than material, pursuits.

The presence of mathematical diagrams in the illegible book reveal the figure's identity as Euclid, a prominent mathematician from antiquity, best known for his treatise on geometry, the Elements. Portraits of wise men were very popular in the 1600s, when there was a revived interest in ancient Greek and Roman philosophy. Rather than portraying the subject as a refined and noble figure, Ribera depicted him as an individual tried by a life of hardship, imbued with the force of a living personality.

License:
Courtesy of The Getty
For more:
http://www.getty.edu/art/collection/objects/130406/jusepe-d… 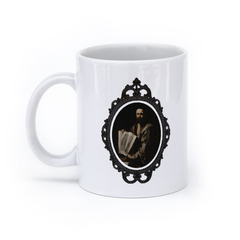