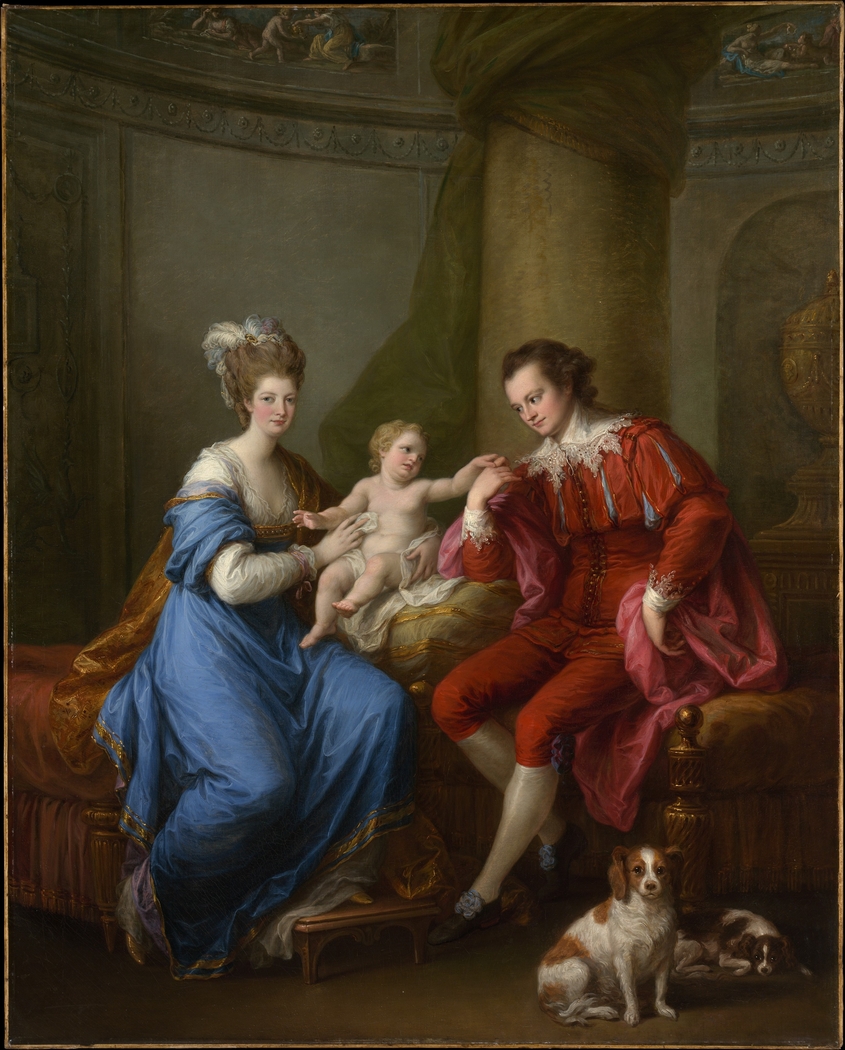 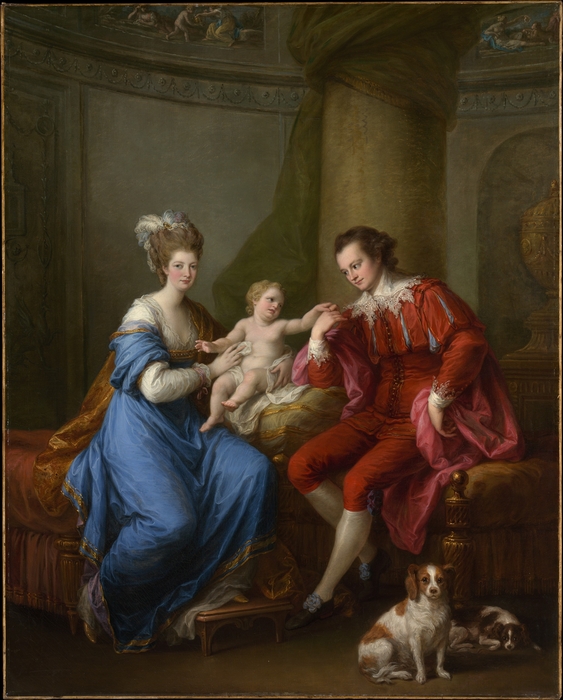 Edward Smith Stanley, Twelfth Earl of Derby, with His First Wife and Their Son

The earl and countess of Derby were married in June 1774 and their son, pictured here, was born in April 1775. The picture was probably painted in the following year. It is one of two versions (the other, which is signed, remains with the sitters' descendants). After Lady Derby's death, the earl married Elizabeth Farren, whose celebrated portrait by Lawrence belongs also to the Museum.

License:
Courtesy of The Metropolitan Museum of Art
For more:
https://www.metmuseum.org/art/collection/search/436808